Most embarrassing songs on your iPod?

Reviving the spirit of the Lost Weekend, what are the song(s) that you have on your iPod/other music player that you secretly like, but would never admit to listening to? Either light pop songs for the serious minded, or dark metal songs for the cheerful, it doesn’t matter.

I have several songs by T.A.T.U. on mine. Yes, the fake lesbian russian girl duo. I would probably never let anyone see that they are there.

The embarrassing part is that I actually enjoy them. My piano teacher and vocal coach would both slap me upside the head for that.

Every song that Tori Amos has ever released and a bunch of bootlegs - it’s not that I’m embarrassed about liking Tori, it’s just having so much of her is a little cringeworthy.

Play by Jennifer Lopez
Steal My Sunshine by Len
Holler Back Girl by Gwen Stefani
Not Gonna Get Us by T.A.T.U.

I’m a 41 year old married male with two kids. I generally like good music. I have no explanation for the above.

I have three George Jones songs. They are horrifyingly bad, which makes them deliciously good. They are: Wild Irish Rose, Smack Dab and Small Y’all. The terrible rhymes in the last two are particularly juicy.

Who Let The Dogs Out, Baja Men.

I have no excuse.

I actually d/l’ed it just to show my kids what Hannah Montana’s dad did in his previous life. ( and you can stuff your "yeah, sure"s; I hate that song!)

I actually d/l’ed it just to show my kids what Hannah Montana’s dad did in his previous life. ( and you can stuff your "yeah, sure"s; I hate that song!) 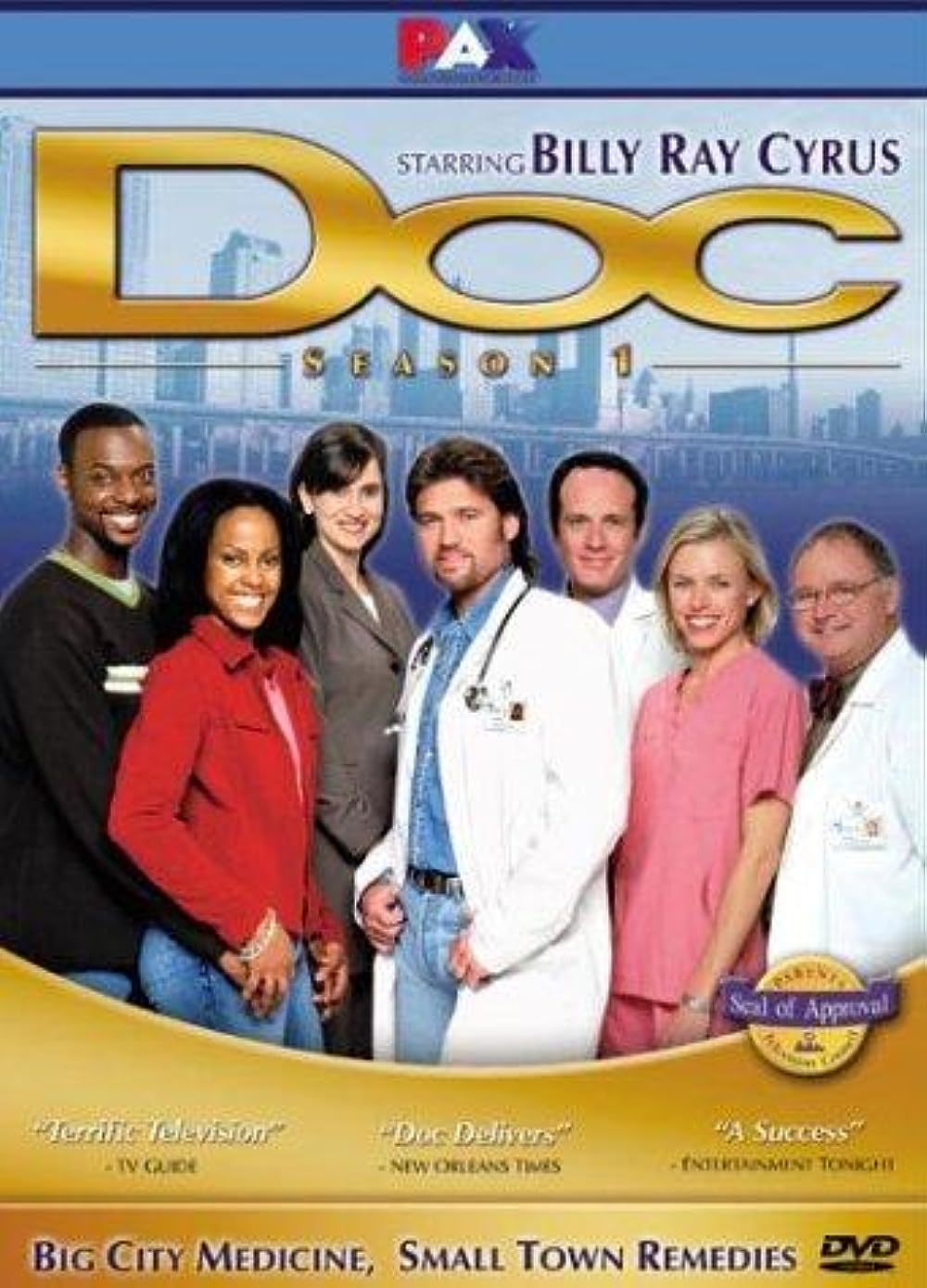 Doc: Created by Dave Alan Johnson, Gary R. Johnson. With Billy Ray Cyrus, Derek McGrath, Richard Leacock, Andrea C. Robinson. Follows the adventures of a doctor in his hospital and with his friends and family.

I have some Celtic folk tunes that are pretty embarassing. They remind me of my dad’s old records that he used to play when I was really little. So I have a scratchy (scratchy because it was originally recorded in the 1930s) old recording a “Wee Deoch and Doris” and similar stuff that I found on iTunes.

I have pirate music on mine (The Toucan Pirates.)

And ABBA.
Along with a lot of Misfits, Metallica, GnR, Nirvana, Godsmack, and Rage Against the Machine, ok??

However i have a couple Elton John and Simon and Garfunkle songs.

Sigh. I could find a lot of potentially embarassing stuff in my collection, but the latest one of those to play on my mp3 player(always on random) just might be near the top. I shouldn’t say this but…

The theme to ‘Super Nanny’.

I’m sorry I can’t help it, but I imagine the person signing it as looking like Jim Carry as Ace Ventura at the mental hospital or Officer Doofy from Scary Movie 1; often I will sing along in character. It cracks me up every time.

I don’t have an iPod, but the most embarrassing song on my Zune is probably “Toxic” by Britney Spears. I can’t help it, I love that song.

“Atlantis”, Donovan. I have no idea why it’s there (other than the fact that I downloaded it, of course.)

song on my Zune

See, it didn’t matter what you said after that. You already win!

However i have a couple Elton John and Simon and Garfunkle songs.

And which ones are you embarrassed about?

I just have to say one thing:

Same as last time, Music of the Night, sung by David Cook. An Andrew Lloyd Webber song sung by an American Idol winner. There’s just no excuse for that. But I still listen to it when it comes around on shuffle. I don’t know why.

Man Like Me, by Robert Downey Jr. He’s not a very good singer, and he can’t write lyrics to save his life. But I’ve got a crush on him, so it stays in rotation.

I have way, way more Alanis Morrisette songs than I’m comfortable with.

Bostone, I still love Who let the Dogs Out?

Oh, and I have a bunch of folky 70’s love balads, but they’re all there because of my sister. Don’t know if that counts.