Sparty will be called something new in the Breslin Center.

Can there be any realistic argument to avoid paying student athletes anymore? This is pretty awful, IMO, but not really a stretch based on the current set of shoe, apparel, licensing deals.

Can there be any realistic argument to avoid paying student athletes anymore?

Nope. I’m against paying athletes in general but this seems to cross several lines and there is no difference between them and every other sponsored pro sport like NASCAR

And now, they’ve backed off, kind of? 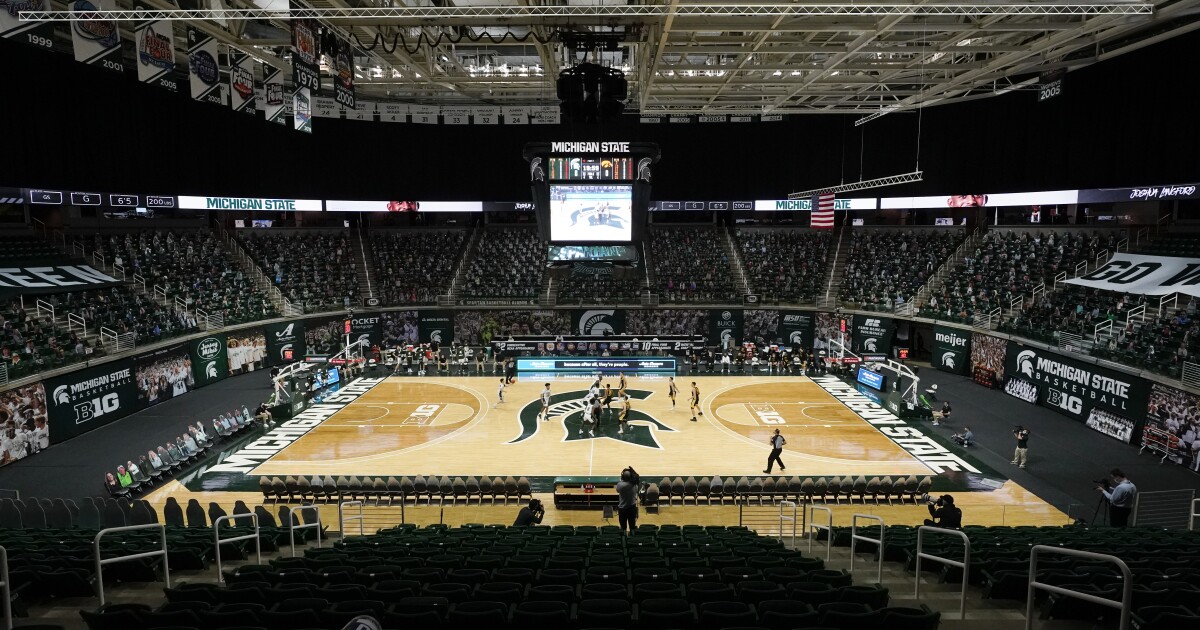 Michigan State is not renaming its basketball team with Rocket Mortgage...

Michigan State University is reminding people that it is not renaming the men's basketball team after a new partnership with Rocket Mortgage.

Predictable, but this strategy’s not going anywhere; it won’t be their official name but they’ll have a marketing partnership, like the SEC on ESPN or SEC on CBS.

They should at least allow athletes to pursue sponsorships and maybe have some sort of revenue sharing agreement among players, etc.

And now, they’ve backed off, kind of?

It looks like the article in the OP has been edited to clarify, but I saw the original article. I thought it was pretty clear that it was a presenting sponsorship, which meant that every time they mentioned the team name within their home arena, they’d be called “Michigan State Spartans, presented by Rocket Mortgage”. Which is ridiculous, but whatever - it’s not like they were going to putting out press releases or things with the name on them, or change their jerseys. What I’d like to know is what other similar instances this has happened. Your article has a quote from the athletic department saying this isn’t the first time it’s happened in collegiate sports. I can’t think of any. Sure, there are naming rights that go out to rename arenas and even courts - but the actual team name? Seems new to me.

Well, it makes me think of the Premiere League, where the advertisements go where the team name would be in other sports.

I know this is common in other countries outside the US, and in NASCAR and MLS to a certain extent, but I’ve never heard of it being done here in the US until now.

At least they won\t be playing at the Ty-D Bowl.