Apparently, that’s a great way to skip ahead in line at the ER. He went from “maybe I’m coming down with a cold” to ICU in a matter of hours. My sister is in denial, saying he probably picked it up at the grocery store.

On the plus side, his fever has responded to medication and (according to my sister) “he’ll be fine”.

I hope he survives. Maybe this is serious enough they can eventually punch through the RW media lies about it.

Ironic (or not) that the first person I’ve known to be hospitalized due to COVID happens to be a Trumper.

I just learned my BIL’s brother collapsed at work, taken by ambulance to the hospital, diagnosed with COVID-19. I don’t know yet if they contracted it from the same source, but sure smells fishy.

It seems that if he’s sick enough to have collapsed at work, he probably shouldn’t have gone at all.

I hope he survives. Maybe this is serious enough they can eventually punch through the RW media lies about it. 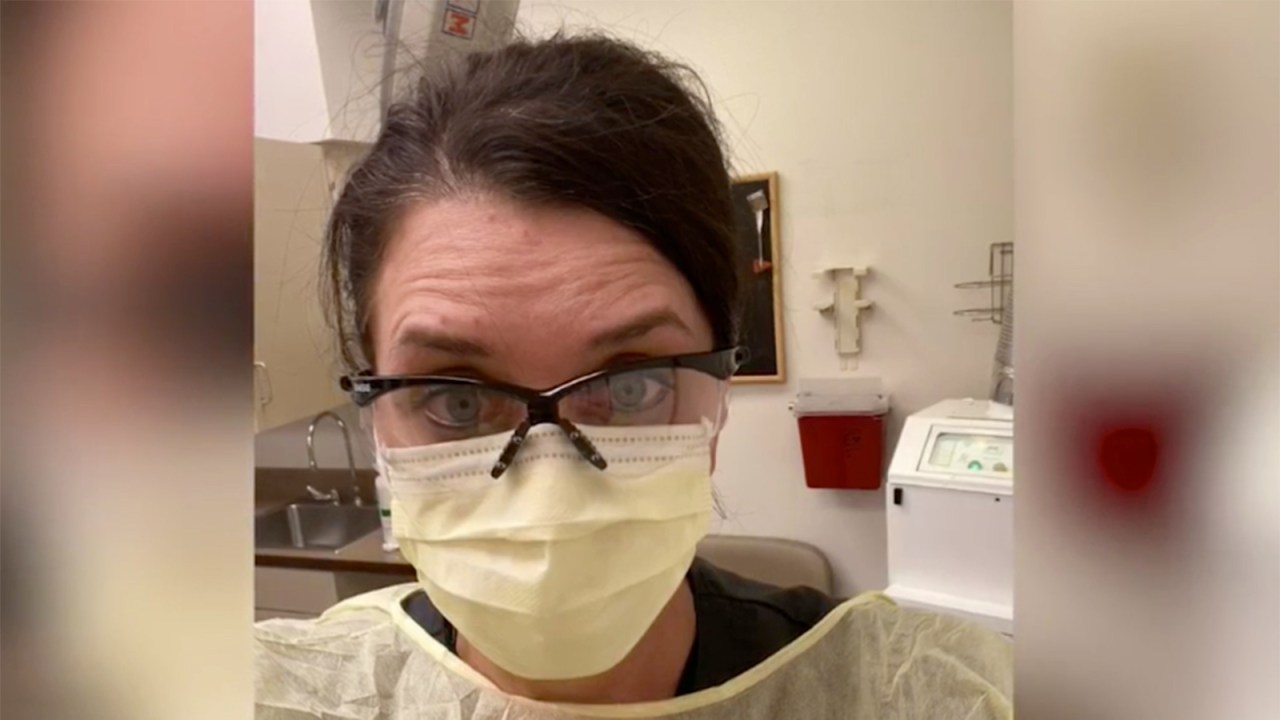 Nurse says some patients deny COVID-19 is real, even as they die from it

A South Dakota emergency room nurse says the patients “that stick out are those who still don’t believe the virus is real” – even while on their deathbed.

Some people will deny it literally until the end.

That being said, I hope your family recovers from it @kayaker. The vast majority of people do so the odds are good but they have my prayers. I’m sorry for their suffering.

It seems that if he’s sick enough to have collapsed at work, he probably shouldn’t have gone at all.

My brother was wondering about that. He and my sister don’t really talk much (my brother leans socialist/Marxist, our sister is a Trump person) but he texted to express concern and found out the the guy who collapsed at work knew he’d been exposed and was symptomatic, but didn’t really feel sick enough to miss work. Let that sink in, then look around at your coworkers.

Luckily, my coworkers are my dog, my wife, and my middle kid studying from home. I’ve been WFH since March.

It’s really a whole new level of denial if you go to work feeling sick in the middle of a pandemic.

Jesus, I hate the RW media.

The obvious risk now is sis is next in line to have a dramatic collapse. Whatever exposure hubby had, she shared in it pretty closely.

Best of luck to them all.

The obvious risk now is sis is next in line to have a dramatic collapse.

I messaged, urging her to watch her own health. Turns out she has had a mild case, consisting only of total loss of taste/smell. She told me she tried eating pickles, onions, etc and no taste whatsoever.

Meanwhile, my BIL may be intubated at any time, and another of his brothers has been hospitalized.

Gah! I’m sorry to hear the tragedy is growing and likely to get much worse before it’s moved past your family to whoever else is affected.

Is your sister clearly on the mend yet? IIRC the sense of taste thing is one of the prodromes that signals a gathering storm, not a dissipating one.

Here’s hoping along the way that at least most of the survivors learn this isn’t a hoax. That’s about the only conceivable good that could come of this.

Is your sister clearly on the mend yet? IIRC the sense of taste thing is one of the prodromes that signals a gathering storm, not a dissipating one.

So far the only thing she’s experienced is total loss of smell/taste. She got her test results yesterday, positive. No update today yet on her husband.

knew he’d been exposed and was symptomatic, but didn’t really feel sick enough to miss work . Let that sink in, then look around at your coworkers.

Ugh. I have a co-worker like that. I mean, we’ve all been working from home since April, so it’s not currently a problem. But we have a job that easy to do from home, and she used to routinely show up with raging cold symptoms. I complained to her manager, once, and he replied, “if you want to make her more comfortable you shouldn’t pack up and move away from her.” He basically accused me of harassing her. After covid started spreading I self-isolated by working from home before the company mandate, but she showed up again with a cold. Freaked out the rest of my team, who were still in the office, then.

I just don’t get it.

Kayaker, best wishes with your family.

Well, my BIL was on the cusp of going on a ventilator last night. His doctor talked (video chat) to my sister about how it was very possible that he might not survive this. Then today things are looking better. They have been able to take him off the respiratory assist device ( BiPAP ®) and he is able to maintain an O2 saturation of around 93%.

His brothers/sisters and their spouses are still sick, but only one is still hospitalized and it looks like he will survive.

I never heard of this, but googling it, it looks less traumatic than a ventilator.

Dang, I sure hope he continues to improve.

Kayaker, I hope this will take a turn for the better and your family is cured from both Covid-19 and trumpism. I wish you and them luck!

Now that would be an awesome two-fer!

If only the rest of the country could catch the same break.

Well, my sister is a horrible communicator. On Black Friday I texted her, asking for an update on her husband. She replied, “Not a good day. Everything is shutting down.” I took that to mean he was dying. I texted my brother, knowing he’d call and talk with her. He eventually messaged me that the “everything is shutting down” was about the phone teleconferencing system not working and the BiPAP machine not working. The hospital’s resources are apparently stretched thin.

Along with that, there are personnel shortages. Nurses who had elected to take vacations around Thanksgiving were told they couldn’t take their vacations, as several nurses are ill. Some of the nurses took their vacations anyway, daring the hospital to fire them.

My sister was told that if everything goes well, he may eventually go home, but it won’t be in 2020.