Have you been Myers-Briggs tested? If so, what is your type? Do you find M-B to be a useful tool in relating to others, or do you think it’s malarky?

I tested as INFP, which is no suprise to me or anyone who knows me. I do find it a useful tool for dealing with someone if I know their type, because it tells me how they are likely to react to things, or the best way to approach them about something.

For those of you who don’t know, Myers-Briggs is a personality inventory. The letters stand for different traits.

I or E means Introvert or Extrovert–meaning do you get your energy from time alone, or time spent with others. It has nothing to do with whether you are shy or not. I am an I, but I am not shy.

N or S means Intuitive or Sensory–whether you are better at putting things together to come up with a big picture, or whether you deal better with things on a factual as-it-appears-right-now basis.

F or T means Feeling or Thinking–which is pretty self-explanatory. Whether you deal more emotionally or logically.

I’ve taken this test too, but only cuz I was a psych major and they like throwing these things on you when you’re a psych major. I was an INTJ, but just barely. Also no surprises there- I never have ever tested as having an extreme trait in any psych test I’ve taken.

The only use I would have no hesitations about applying this test to is that test where you see what job would be best for you- you know, so that an Introvert isn’t forced into telemarketing, and so on. Other than that, I don’t care much for tests like these.

TroubleAgain, how did you get to take the test? I only got to see it when I took my psych class.

I have taken this several times and am a definate INTJ. Have tested that way for years, and, although my I has become more borderline, the others have remained right where they started out.

It can be a fun test to take.

I work for a corporation who considers it very important, both as a career development tool (where do you go from here) and also as a communication tool. They don’t use it to decide who would be best for a given job, but rather to see what career direction might work best for an individual (strong E’s in customer service roles, etc.) You’d never be turned down for a job because of your M-B type…

They also believe that if you know someone is a T vs. F, then you can better gear your presentation to a style to which they will relate. That sort of thing…

Cool. That means your workplace gives a darn about such things. Good to hear.

If anyone is curious about this, I might be able to get my hands on a sample test. Just holler.

*Originally posted by AudreyK *
**Cool. That means your workplace gives a darn about such things. Good to hear.

Yes, the founder of our company believes “Take care of the associates and they will take care of the customers.” If anyone knows that quote, they know who I work for…

**
If anyone is curious about this, I might be able to get my hands on a sample test. Just holler. **

It used to be out there on the Test-Junkie site, but looks like it’s gone…they do have the Kiersey Temperament sorter, which is very similar. 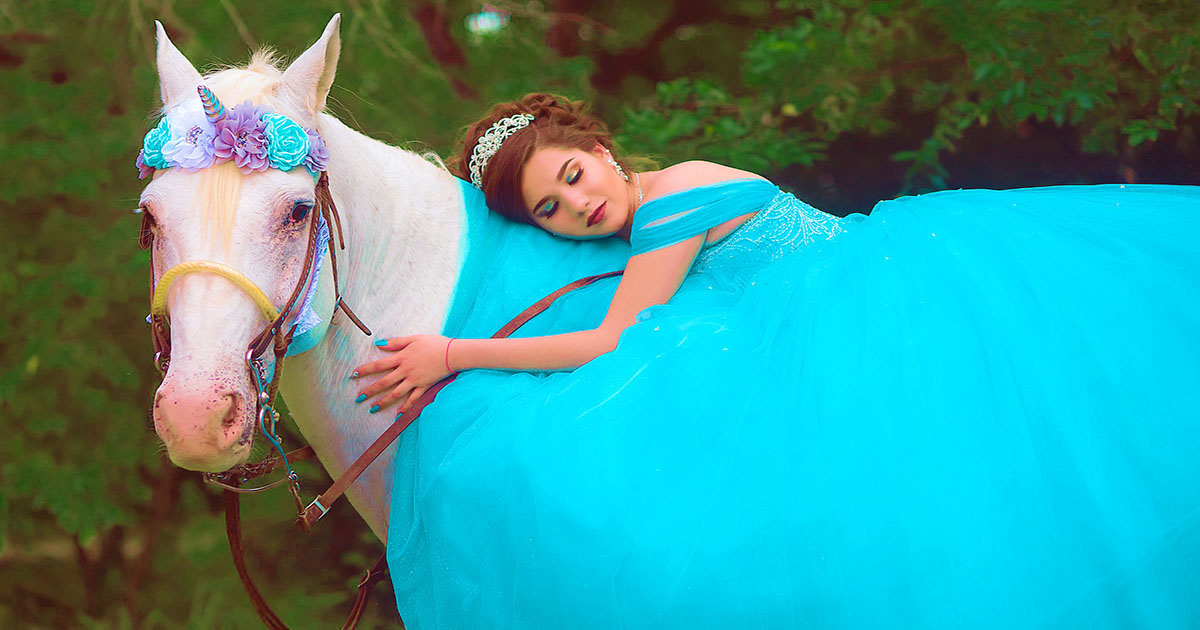 I’m either an INTP or INTJ, I forget which.

I despise such tests as these to the very bottom of my being.

When I was working on my MLIS (masters library info. science) I took a management class. The instructor administered the M-B test and then broke us up into groups to work on a major, semester-long project. Half the groups were “functional” and the other half “disfunctional”. It didn’t work, all the groups functioned well, for the most part.

My problem is that these tests treat you like you have no ability to modulate your behavior.

I’m definitely an introvert. I have a small community of friends and don’t feel any need for more. When at parties I don’t go around introducing myself or talking to new people because most people annoy me.

This seems to tell the test takers that I am not a good team member. But I am, I work very well in teams and get along great with everybody (even people I despise) because I am capable of changing my behavior to fill a need.

If I ever found that an employer were in any way directing the kind of work I got to do based on M-B or any other test I would be particularly annoyed. If I found out that an employer were sharing my M-B results with co-workers (as seems to be the case at Trouble’s company) I would quit and look into legal action.

INTP. (There seem to be a lot of INTs here.) However, it’s been several years, and I wouldn’t be surprised if I’d gone from I to E. I just hope I never lose my P; J people get on my nerves.

Just call me the field marshall.

If y’all’re interested in this sort of thing, go here: http://fathom.org/teemingmillions/personality.adp

Add yourselves, see others, etc.

*Originally posted by obfusciatrist *
**
My problem is that these tests treat you like you have no ability to modulate your behavior. **

I didn’t see that as a point of the test, obfusciatrist. To me, it was presented as a communication tool and way of discovering more about yourself and the way you think, what you enjoy…sort of a self-discover thing.

If I ever found that an employer were in any way directing the kind of work I got to do based on M-B or any other test I would be particularly annoyed. If I found out that an employer were sharing my M-B results with co-workers (as seems to be the case at Trouble’s company) I would quit and look into legal action. **

Sharing your M-B type is voluntary and most of us do share. It isn’t that big a deal here…most of us find it interesting and no one is judged by what type they are…we won’t be refused a job or assigned any differently based on the results. If we were, I wouldn’t have the job I do now…computer operations/tech support. INFP’s don’t immediately come to mind with either computer jobs or customer service jobs.

What this does for us as a team is to realize that, for example, George is the same type as I am, so we relate well on the same level and don’t need to change our method of communication to deal well together. On the other hand, Tom is an ESTJ and I know that he likes facts, figures, logical presentation, etc. and if I need to communicate with him, I would do best to gear my memo to that style. And if Tom knows that I am an INFP, he has a better idea where I’m coming from if I can’t quite manage to present things in his preferred method. If I get too caught up in the “big picture”, which N’s do sometimes, he can understand that and ask me to break it down for him. That sort of thing…

It said I’d be best suited as a salesman.

I am an INTJ. Well, duh! I have to have a place for everything and everything in its place. The site did not recommend a job type, though.

ENFP. Baglady, looks like it’s me and you against the introverts. Mingling, COMMENCE!

I took one of these tests once. It reminded me of a study I read about where some marketers were researching what magazines people read. They asked random people about their reading habits, and the hideous tabloids came out with very low readership, while the more toney mags had very high readership. The results were then compared to the actual sales figures and it turned out the yearly readership of the rags, according to the survey, was less than the monthly sales; conversely the monthly readership of the highbrow publications, according to the survey, was almost the actual yearly sales figure. The survey was anonymous, so people were not trying to impress anyone else.

The source of the error is obvious: nobody thinks of themselves as reading the tabloids; they just buy them “now and then - you know, for fun”. While if they looked at a New Yorker in the dentist’s waiting room two months ago they deem themselves a reader of that magazine.

The point is that when you ask people about themselves you don’t find out who they are, exactly. You find out who they think they are, or who they hope they are, or are afraid they are, or want to be. The value of a Myers-Brigg, by its nature, must vary widely with the degree of self-awareness already posessed by the person taking it. The people most inclined to seek it out are probably those for whom it will function least accurately. It’s kind of a mirror for the blind.

When I hear that employers are basing career-impacting decisions on this sort of thing, I am deeply troubled since I doubt very much that anything important has been shown to correlate strongly with the test outcome (save, perhaps, the outcomes of other, similar, tests).

ESTJ/ESTP (J/P score is almost even, varies by a point, so i could be either). Always the non-conformist, compared to you folks, I guesss.

Said I’d make a good salesman.
The Keirsey test said I was an idealist. O.K… I can live with that. I especially like this line from my report: Quote “In some Teachers… this can amount to genius which other types find hard to emulate”

Ain’t that the truth.

i’m an i/enfj. i’m right in the middle of introvert and extrovert.

*Originally posted by TroubleAgain *
**I didn’t see that as a point of the test, obfusciatrist. To me, it was presented as a communication tool and way of discovering more about yourself and the way you think, what you enjoy…sort of a self-discover thing.
**

Except that everytime I’ve run into the test it is by someone telling me what a great tool it is for building teams and team management. Doesn’t sound like it is intended for my self-discovery.

Besides I hate tests that ask questions like “when you go to a party do you have a good time or do you tend to stand off to the side of things.” The M-B is full of ambigous questions to which yes or no are the only allowable answers. I know that is the point, but it is also the way psychics work.

Sharing your M-B type is voluntary and most of us do share. It isn’t that big a deal here…most of us find it interesting and no one is judged by what type they are…we won’t be refused a job or assigned any differently based on the results.**

I’ve rarely seen it it given in an environment were results were even remotely confidential. I’ve seen it administered numerous times in staff workshops where we are then expected discuss our results or raise our hands when a certain classification is mentioned. I just never raise my hand if possible, if asked to discuss I simply lie about my results.

Maybe yours is the perfect office, but I have seen way too many people who take M-B results way too seriously. I have personally seen someone make a point in a meeting and someone else respond with “you think that because you are an XXXX”.

Fortunately, in my last position my boss thought it all crap as well. In my current position we are too busy working to play at such foolishness.