Name of that pitcher?

1960’s, I believe. His career was ended with an injury as a result of housing around on a team bus following a game. Might have happened in Milwaukee? Something about another player trying to cut of his tie. Warren Spahn, maybe?

I read about an unusual injury a long time ago, but more recently I did a Google search and couldn’t find any information about it. Maybe it happened to an unknown minor leaguer, or maybe I dreamed up the whole thing:

Back in the days when cough syrup still came in glass bottles, a player had a bottle in his back pocket. Just as he was about to sit down on a chair, a teammate pulled the chair out from under him as a joke. When the player hit the floor, the glass bottle broke and lacerated his buttocks.

You’re probably thinking about Vern Law with the Pirates, although it didn’t completely end his career. He injured his ankle in a tie-cutting incident on the team bus after they clinched the pennant over Milwaukee in 1960. He still went on to pitch in the World Series that year, but struggled with the injury.

He pitched a few more years, but his ankle injury forced him to change his delivery, which caused muscle tears in his shoulder, so he was never as effective.

Law explained that, on the bus, teammates were cutting off each other’s neckties, that he finally let them cut his tie. “But they weren’t satisfied with that and pretty soon shirts started get torn off,” he recounted. “The shirts were tied together so there was a long string of them hanging out of the bus window.”

The ringleader of all this was broadcaster Bob Prince. As Prince grasped for Law’s shirt under his sport coat, a teammate pulled at his shoe, but it was on too tight. Something happened to his ankle. 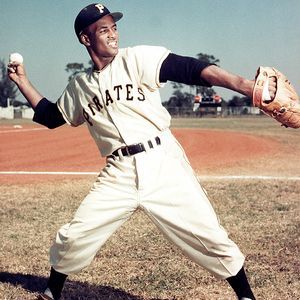 The greatest game ever played

It's been 50 years since Bill Mazeroski hit one of the most dramatic home runs in baseball history. But there was much more to Game 7.

That’s it! Thanks much.