Name the song that cuts.

For whatever reason. What song cuts you to the quick every time you listen to it? Could be three times back to back, or after a 3 year break?

For me it’s the acoustic version of Neil Young’s " My My Hey Hey " from " Live Rust ", performed at the Cow Palace.

Every time it just makes me sad. And chilled. And angry. And forty-eleven other things. What a genius.

What’s your song? And why…

I go through phases. Right now it’s Blue October’s Hate Me. My kids know that if I’m listening to my mps player and I have tears in my eyes, it’s that frickin’ song… it especially cuts me when he sings, “And then she whispers ‘how could you do this to me?’” Waaah!

Funnily enough, The Hold Steady’s One For The Cutters. Damn, but it’s dark.

The first time I heard it was on the radio, and it had a profound effect on me. The DJ didn’t announce what it was called and who it was by and I spent the next five years trying to track it down based on some remembered lyrics. Eventually the internet happened and I found it, and its power was completely undiminished.

Can’t even get through the intro without becoming overwhelmed. It’s the saddest thing I’ve ever heard, and it’s a true story.

The old song Always. Probably because I remember my mother saying she and my dad danced to it at their wedding. Both my parents ended up dying reasonably young (mom 43, dad 58 but after 10 years of debilitating illness), and didn’t have the easiest married life, so I think of them, at their wedding, not knowing what their futures held.

Otherwise, Creep by Radiohead. I saw it in a movie clip and it was a combination of the song and the clip, I guess, that saddened me.

“Pay No Attention to Alice” by Tom T. Hall is the closest to true life I’ve ever heard in any song that describes living with an alcoholic.

Just these two lines conjures up memories from my childhood:

“She cooked that chicken too long, but she don’t know that.
Oh what the hell, it ain’t too bad…”

It just speaks of all the allowances that an alcoholic’s family has to make to live with that person. All the little things that have to be shrugged off as unimportant.

You Tube does have a grainy sounding cover of the song by some band I never heard of. It’s not worth linking to.

“Fields of Gold” as sung by Eva Cassidy. Just… everything about it breaks my heart.

It was at least partly written about his father; for me it was my mother.

Pink Floyd’s “Time” is the scariest song ever written.

“Angie” by the Rolling Stones. I go to great lengths to avoid it, but if I happen upon it unexpectedly I can’t stop listening until it’s over.

Grace is Gone, by Dave Matthews

“That’s How Much” by Ambrosia. A serrated blade thru my heart. Every time.

A Ghost To Most by Drive-By Truckers.

But skeletons ain’t got nowhere to stick their money
nobody makes britches that size
and besides you’re a ghost to most before they notice,
that you ever had a hair or a hide 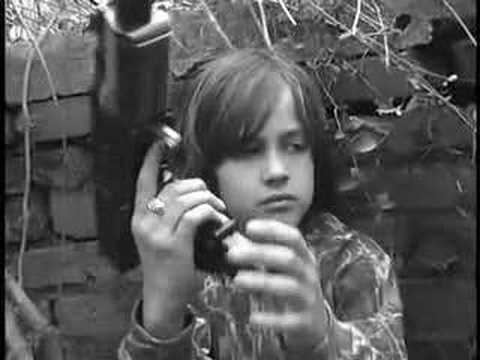 The one that comes to my mind is “Sun Comes Up, It’s Tuesday Morning” by The Cowboy Junkies

Particularly when she sings:

Yeah, I’ll admit there are times when I miss you
Especially like now when I need someone to hold me

I have a couple of them right now. The one that recently made me burst into tears was White Blank Page by Mumford and Sons. I’m on the sad and lonely end of a relationship just like that.

This one just makes me sad and wistful, and I love this version. Live feat. Anouk - Dance With You

For me it’s that sappy country song “Butterfly Kisses” from about a zillion years ago. My real dad was never there for me because my parents divorced when I was six and though I had a stepfather, he wasn’t exactly the greatest parent in the world. So hearing about all those sappy father-daughter moments in that song makes me want to cry.

I also cannot stand the song “The Christmas Shoes” because it’s so saccharine it makes me want to vomit. Also…Christmas songs should be upbeat and cheery, not depressive.

I Can Let Go Now by Michael McDonald
This is the purest, raw expression of heartbreak I’ve ever heard.
Whenever I play it I have to immediately play something upbeat to chase the sadness away.

The Living Years by Mike and the Mechanics.