Covid remains the biggest story in the NFL this week. More Titans tested positive for Covid, bringing their total to 22. In light of the fact that Titans players reportedly met off site to train in clear violation of NFL protocals, I wouldn’t be in the least bit upset if they are forced to forfeit their game this weekend. The Pats, allowed to play Sunday against the Chiefs despite a positive test from Cam Newton (he was the only one who tested positive before the game), now have two more players testing positive, which means there was a good chance a player in that game was contagious. And the Raiders have a player testing positive. Cause they’re the Raiders.

The NFL, rightly furious over teams’ lack of following protocols, have issued more fines and will likely begin hammering teams by forfeiting draft picks and even games if teams like the Titans continue to fuck up. And there is talk of adding a Week 18 for makeup games. This whole thing could easily turn into a gigantic mess.

Bill O’Brien, rightfully so, is out in Houston, Washington benches Dwayne Haskins, and talking heads hype up Justin Herbert are the minor takeaways this week.

I’m excited to watch this Thursday night’s game, not just because I like watching the Bears flounder, but because I tire of the Tom Brady hype and want to see him play a very good defense. Should be an interesting, low scoring, game.

Lots of garbage games early on Sunday. I get the KC/Raiders game which should be a boring blowout, and the Pittsburgh Eagles game, which has potential, but only if Wentz actually stops sucking.

Of the late games, only the Colts/Browns game really intrigues me. I think both teams are pretty good, but I’m unsure if they’re great. Should be a good game. Sunday nights game is pretty good, but only if Cousins gets it going against the Legion of Oops Was I Supposed to Cover That Guy?. Otherwise, Wilson could throw for 83 touchdowns that game.

I look forward to Monday night’s game more than others because I think the Chargers have a shot to be better than they’ve shown, but they’ve been wracked by injuries. Losing Derwin James, Mike Pouncey, Melvin Ingram, and Chris Harris has really hurt that defense, and now losing Austin Ekeler is a blow to the offense. I doubt they’ll beat the Saints, but I’m hoping for a good game.

So, let’s hear from you!

Edited to add: Another Titans player just tested positive for Covid. Looks like the Titan’s Bills game is in serious jeopardy.

If the Titans forfeit, neither teams’ players get paid. I’m still a little shocked the league never considered the likelihood that they would get positive cases and clusters.

“What’s the plan if we have to cancel games for players getting COVID-19? Build in an extra week or two to easily postpone games?”

“Nah. Hundreds of young, egotistical, privileged players will all be immune from catching a highly contagious virus. No worries!”

It’s almost 4 PM and we haven’t heard anything from the NFL yet as far as their plans. Their silence is deafening

Sloppy Penaltyfest to start the second. Bucs with a 1st and 30.

Counting to 4 is tough. Sorry, Tom.

Some nice defensive plays in the game, but overall pretty ugly offensive game by both teams. 11 penalties had the Bucs killing themselves even though they won in yardage, time of possession, and rushing yards by large margin.

They tell me good teams just know how to win.

No matter what down it was, that was both a terrible decision and throw.

Well, despite dire warnings and some ridicule, I predicted the Bears would defeat the Bucs, and they did exactly that, but not without more than a little trepidation I might add.

We’re 4-1, but I have no delusions. With the Packers in our division, we are playing for a Wild Card. Right now it looks like a Green Bay vs. Kansas City Super Bowl, but there are many games left to play in a very violent sport. A lot of things can and probably will happen.

‘Presumptive positive’ on the Jets according to Adam Schefter.

One thing I’ve noticed about Brady going back to at least last year is that his reaction time is just slower now. He’s at that point at which he mentally sees the play he wants to make but his body isn’t keeping up with his brain. Consequently, in some cases, defenders are able to tell where he’s going with the football and they time their defensive play better.

I’m seeing this with Drew Brees as well, where he’s not escaping the pocket as quickly as he used to. Pockets suddenly seem to collapse and trap him more than I recall a few years ago. Noticed it in the playoffs against the Vikings last year, actually. This is where I’m a little worried about his health. He’s setting himself up to get murdered against the better pass rushes in the league.

Looks like Week 5 Patriots v. Broncos game is postponed thanks to another positive test by the Pats (thanks Cam and Stephone). They’ll be treating this week as their byes.

ESPN has reported that the Patriots-Broncos game would be rescheduled for next week (the Patriots originally had their bye next week, though the Broncos would have been playing the Dolphins), but the NFL has not officially announced a new date.

The Patriot who tested positive today is DT Byron Cowart.

The Patriots reportedly shut their building down Sunday after a positive COVID-19 test.

Dwayne Haskins isn’t feeling well and won’t even be at the stadium today.

Look, I’ve had stomach bugs and they’re awful. But, if I was him, I’d make every effort to be there, this looks awful for him. Even if he’s not on the sidelines and is up in the press box 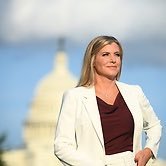 Dwayne Haskins Jr. is not in attendance for today’s game. He was not feeling well and was sent home by Dr. Casolaro. #WashingtonFootball
Hamlet October 11, 2020, 5:39pm #19

I tire of the ticky tack DPI calls on the NFL this year. These offenses dont need help.

Alex Smith in as QB for Washington, Allen in the locker room