The video clip shows that he never crosses the sideline onto the field, if that matters.

Not just that, he was on the sideline to help a player on the ground (he was one of the people trying to help him get up). It’s not unusual at all for a coach to go onto the field, when there is no play, if a player needs assistance (especially if they might be injured). And this wasn’t even the field, it’s just the sideline. Suggesting that the coach should be censured is ridiculous. I mean, actually laugh out loud ridiculous.

Suggesting that the coach should be censured is ridiculous. I mean, actually laugh out loud ridiculous.

Chiefs fan here - on seeing the replay, I thought the player was retaliating against the coach pushing him. Second man always gets caught, but since they had to go to replay to make that call, I thought the coach should have ejected also.

Chiefs fan here - on seeing the replay, I thought the player was retaliating against the coach pushing him.

He was moving a player off a guy he was standing on. That was 100% justified. It wasn’t even an unnecessarily forceful shove, it looked like he applied just the exact amount of force needed to get the guy off his player. What happened is exactly what should have happened; the Browns player who was absolutely in the wrong was ejected for completely unnecessary violence against a coach. The coach was not punished for protecting his player.

I appreciate you for trying to be even-handed and not being a homer, but no, Harrison was totally in the wrong. If he inadvertently stepped on another player, the correct response is, “Sorry, I didn’t mean to do that.” Responding by shoving at the coach puts into question how accidental it was to step on the player. It looked like he was trying to start something.

Everything went down the way it should, which is something I don’t often say about the NFL.

WFT announces they’re sticking with Heinicke for the Thursday game and placing Fitzpatrick on IR. Makes sense, there’s no time to sign someone now. If Heinicke stinks up the game, then they’ve got the long week to look at signing a veteran.

I’d like to see what Heinicke can do with a full week of first team practice. He was a revelation against TB in the playoffs last year. He’s probably not the second coming of Kurt Warner, but he’s clearly the guy on this team at the QB position with the most upside. He didn’t do well in his first NFL stint but he’s had no major errors since coming to town. If the O-line had been just a little bit better he probably could have won that game yesterday.

(Also, the defense was really good and harassed Carson Wentz all day.)

If he gets traded to the Eagles, will he go back Wentz he came?

The Commissioner’s Office has put you on his Exempt List for Illegal Use of a Pun. You’re hereby suspended for 3 days.

I kinda liked that one. 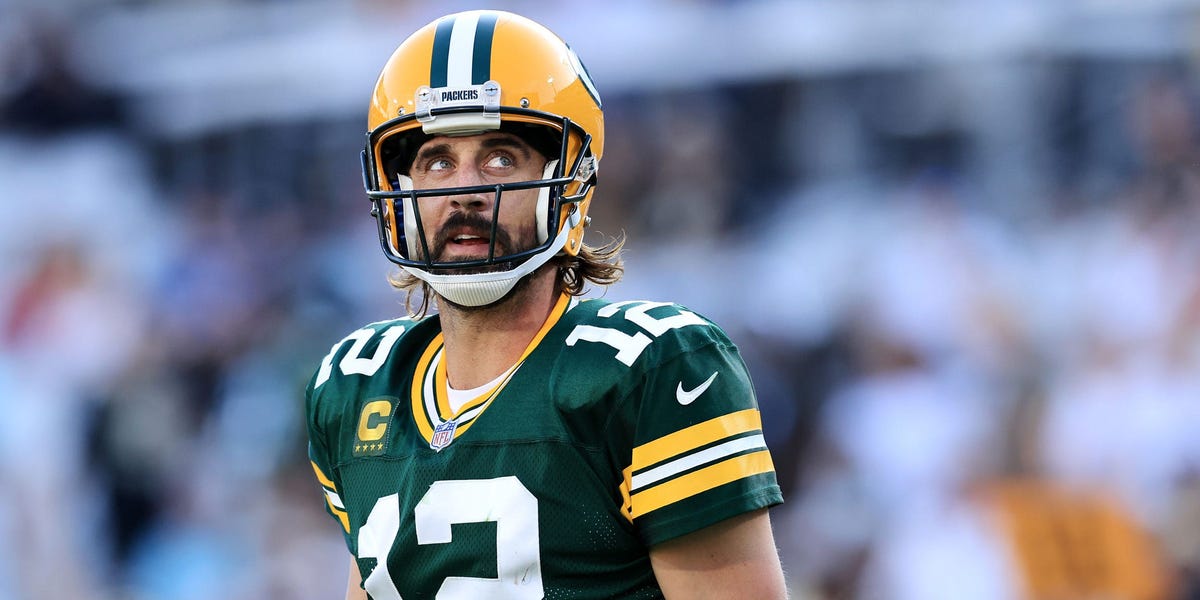 Aaron Rodgers downplayed one of the worst games of his career after his coach...

Aaron would just tell everyone to R-E-L-A-X…

I wonder what their odds against the Lions are next week?

At least the Brewers are doing well, and the Bucks did win, so it isn’t like there is no sports joy in Wisconsin.

Shit or get off the pot time for Gruden. The Ravens have had brutal injuries on offense. Will be interesting to see how the Ravens adjust

At least the Brewers are doing well, and the Bucks did win, so it isn’t like there is no sports joy in Wisconsin.

The Bucks are the Champs, the Brewers are on pace to win 100 games, and the Packers got destroyed.

“Nobody told me there’d be days like these, strange days indeed…”

That was one of the best MNF games I’ve seen in a long time. And I’m glad the Raiders won

That was a bonkers way to christen a new stadium. I thought they were going to fuck it up.

The AFC and NFC West divisions are a combined 8-0.

Im betting the Ravens bounce back and beat the Chiefs next week. Raiders go to 2-0 in another nailbiter. The Raiders are the new Cardiac Kids.

Anyone else notice that weird play where one of the Ravens’ DBs appeared to have intercepted the ball and nobody realized it? He got a hand on it and it bounced and rolled on the Raiders player’s back as he was falling to the ground, and the ball never actually touches the ground until the Ravens DB grabs it then tosses it on the field. They showed the replay in slow motion going to commercial right after the play but nobody, not the players, not the officials, not the announcers, ever said anything about it.

Anyone else notice that weird play where one of the Ravens’ DBs appeared to have intercepted the ball and nobody realized it?
… nobody, not the players, not the officials, not the announcers, ever said anything about it.

Hunter Renfrow understood, and fell on the ball. But Humphrey never really had possession, so the result - incomplete pass - was the correct one (setting aside likely DPI).

Major demerits to the announcers for not noticing.