No mention yet of today's Google Doodle?

It so happens that today isn’t just Valentine’s Day, but also the birthday of George Ferris, inventor of the Ferris Wheel.

So today’s Google Doodle mashes them both up. When you click the little heart button at the bottom, the two Ferris wheels spin, landing on different combinations of animals who glimpse each other and fall in love.

My favorites are the chameleon and the squirrel, and ANYTHING with the octopus.

Love it! Thanks for the head’s up!

The rabbit and porpoise is really cute, too.

I got Fox and … NO ONE! He went home and watched some TV by himself.

Tortoise and the Hare…for the Win!

Yeah, I saw that big red heart shaped button sitting there begging me to push it. But I had more pressing issues at hand. Like talking to a bunch of strangers on a message board.

Thank you, I laughed so hard.

My favorite was the bear and octopus going to eat sushi.

The Say Anything shoutout? Yep, my favourite.

Disappointing that it’s a loop, though.

My favorite was the bear and octopus going to eat sushi.

my favorite. The look on the octopuses face.

Oh, lord, I’m not going to get any work done the rest of the day, am I?

Oh, lord, I’m not going to get any work done the rest of the day, am I?

You can burn through all of them in about two minutes.

It’s a good two minutes, though.

Yup. My fave too.

It so happens that today isn’t just Valentine’s Day…

I like the tortoise and the hare. Well done.

Hah! The hare has a cell phone.

The Valentine’s Day/Ferris doodle was replaced with a meteor doodle. I saw it late last night but it was gone this morning. 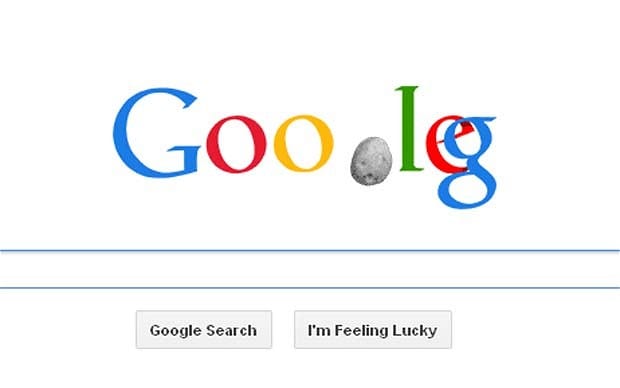 Google has withdrawn a Google Doodle put up in anticipation of Asteroid 2012 DA14's record close approach to Earth, following an unrelated meteor strike in Russia which left hundreds of people injured.

I kinda liked the hippo and the bird, myself. All very fun. Poor octopus at the sushi place!