The painting in its true scale is huge. Until you see it in person you aren’t in a position to judge anything about whether it needs to be “cropped” or not. I’ve seen many of Wiley’s paintings and the balance between the floral background and the subject is not at issue. You’re confusing a huge painting with a snapshot.

That’s a great argument–against a claim I never made. I never said he didn’t stand out from the background. Of course he does. He’s a completely different color.

Perhaps my explanation for what I dislike was unclear, so I will try again.

I think it looks bad because it has no floor or shadows. I think the background looks so realistic that I see it as real. The fact that parts of it stick out in front of Obama make it look even more like it’s supposed to be real.

But, without the shadows and floor, it looks wrong. There’s this constant fight between seeing Obama as really there in front of a real bush, and seeing Obama as just added to a preexisting background. The best I can do to resolve it is to see him in a floating chair, which is weird.

By cropping out the floor and where the shadows would be, I remove that disconcerting effect, and I can enjoy the art better. I then also crop out part of the top to restore balance, so Obama doesn’t look like he’s really short.
And while scale can add something to the art, I’ve never once found that it fixes what I perceive as an aesthetic flaw. Making it bigger just makes any flaws stand out more. Changing the context can fix it, but bigger just makes flaws more apparent. And, to be honest, I can’t conceive of why it would. The best art looks good at a distance and close up.

One thing I’ve learned about arguing aesthetic tastes is that there is no way that I can convince you of mine, nor me yours. The best we can do is communicate why we feel the way we feel. I hope I have made myself sufficiently clear.

I think Barack’s looks really good. It is quirky and humorous yet the sitter loses none of his gravitas. I completely disagree with the argument that the background is somehow too busy, and BigT your crop ruins it for me. I bet at full size the effect is stunning.

Michelle’s does nothing for me, though I suspect that at full size in the right setting I may be persuaded otherwise. I don’t think it could ever be truly memorable for me though.

Michelle’s has really grown on me. The more I look at it, the more I like it.

Just the fact that everyone’s talking about the background of Barack’s portrait is a sign that something’s wrong. It’s a portrait of him; we should be talking about how he looks. And we would be, if the artist had chosen a less conspicuous background.

I don’t like either of the portraits. The proportions are all wrong some how, although Barack’s not nearly as much, the hand mostly. Michelle’s portrait though, my first though was that it would make a good supernatural monster movie prop. It’s just…ugly and unnatural. Her portrait makes me think if I were in the same room with it, I’d expect to look away for a moment and when I looked back, she’d have crawled half way out of the front of the picture with her jaw stretched open inhumanly far with a mouth full of fangs as she reached for me with those claws she has.
The poor photoshop editing look they both have doesn’t help

…I’d expect to look away for a moment and when I looked back, she’d have crawled half way out of the front of the picture with her jaw stretched open inhumanly far with a mouth full of fangs as she reached for me with those claws she has…

Don’t give Rush Limbaugh any ideas.

Love the Obamas, hate these portraits. I prefer a more photo-realistic portrait style though.

Thanks for posting the link to other presidential portraits- now I want my facial hair to match Chester A. Arthur.

Thanks for posting the link to other presidential portraits- now I want my facial hair to match Chester A. Arthur.

The portraits are going to go on the road: https://www.cnn.com/style/article/obama-portraits-kim-sajet-smithsonian/index.html

Definitely interesting. I don’t like the style though. The hands are too big and the face looks Photoshoped on.
If I was Obama I would ask them to hang Alex Ross’ portrait of Obama in the gallery. 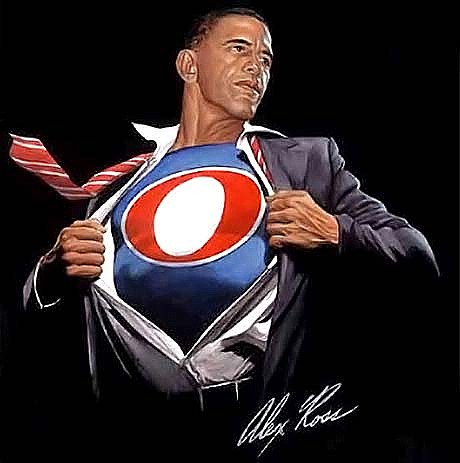 Ha! As one can (barely) see in my avatar, I’m on my way… I didn’t even remember posting that in this thread!

A different article with remarks by the Obamas, and the painters, at the 2018 unveiling: https://www.townandcountrymag.com/leisure/arts-and-culture/a17762726/amy-sherald-kehinde-wiley-obama-portraits/

I think Barack’s portrait has way too much background, and it’s too busy. It distracts away from the man himself. And really, hyacinth blossoms growing out of ivy?

Looking at the historical ones, I’ve got to say that I love the clay Gerald Ford.

I looked at it and thought, “Ayeup, that’s how I remember him as portrayed on Saturday Night Live.”

How closely involved were the Obamas (or portrait targets more generally) with the portrait designs? Do they look at sketches of the proposed portraits before painting begins?

I’m no artist, so can’t explain what I’d prefer, but I also found the background on Obama’s painting incongruous. No objection to the surreality itself, but wouldn’t a lighter color, e.g. soft pink or a much lighter green, have worked better?

Other than that, I agree with WordMan:

Obama’s is of HIM. Really quite amazing, and the background will make it leap out that much more in the Hall of Otherwise White Guys. Love it - and the technical quality of the painting is visible even on bad webpages - it looks fit for such a man, and his face captures that humanity.

Michelle’s is of her as an Icon. The dress is featured and her head is a little monument on top of it. It is fine, but more of a cool poster than the portrait. I would’ve much preferred something that captured her power and grace in an open-faced, closer up, look-at-the-viewer sort of way. It would be so much more illustrative of her forthright character and integrity. IMHO.

Michelle Obama is, by far, the most beautiful First Lady in history, and indeed the most beautiful of any American woman involved even indirectly in politics. I hope it isn’t misogynistic to admit that I’d have preferred a portrait that somehow captured that beauty. (Maybe it’s too difficult, since her beauty is enhanced by movement. If a static picture cannot fully capture that, it might be better not to try at all.)

As beautiful as Mrs. Obama is, I’m not sure I’d call her “by far, the most beautiful First Lady in history.” She has some real competition for that title: 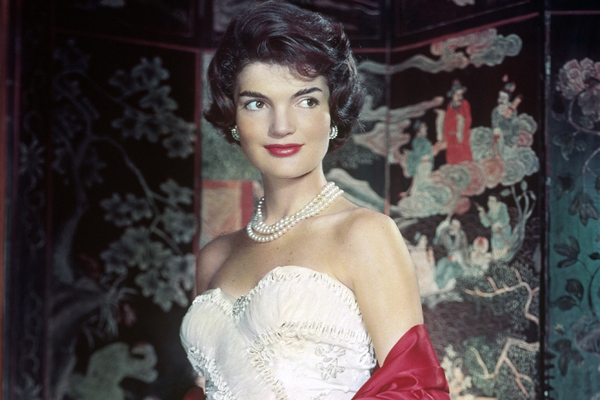 Yousuf Karsh photographed many of the most important figures of the 20th century, from heads of state to movie stars. On the 10th anniversary of his death, TIME's photo editors bring you a selection of some of his rare, color potraits.

A photo of Trump in the Oval Office is now up in the National Portrait Gallery. I’m not at all a fan of the guy, but I’d say it is a good portrait: Trump portrait displayed alongside those of other presidents

It is not bad but they really should have gotten Ben Garrison to do it.

This made me smile: 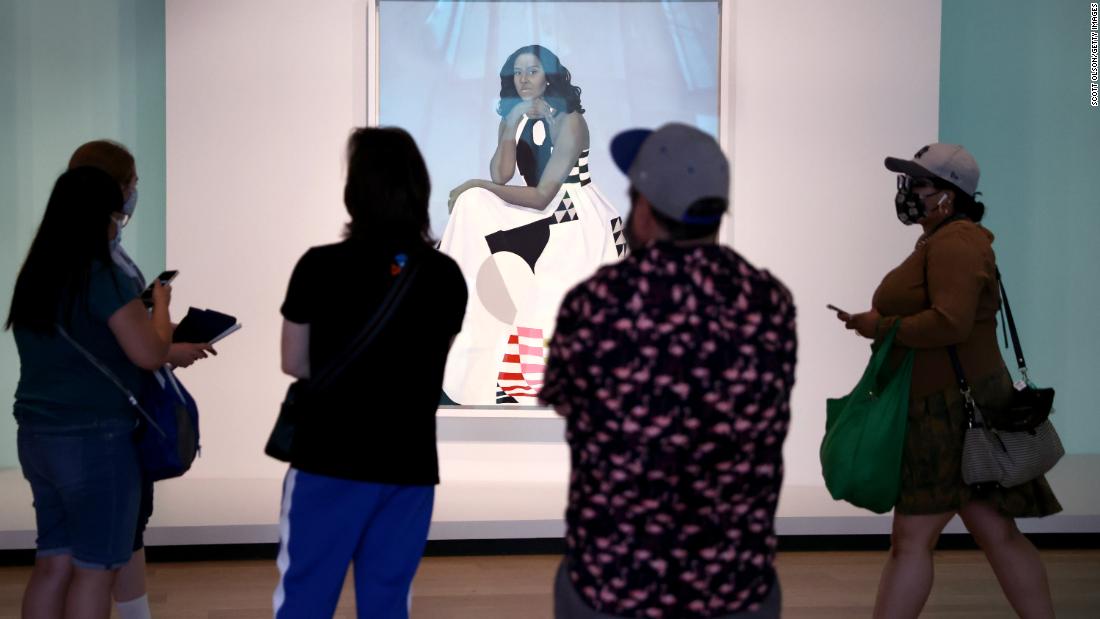 In a conversation hosted by the Art Institute of Chicago, where the official portraits have just arrived, former First Lady Michelle Obama and artist Amy Sherald discussed their instant connection and the impact of her painting three years later.

And if you just gotta have 'em on your wall:

Or even in your wardrobe: