OK, so what happened to Pepsi Nitro?

Left Hand Brewingbrews a beer they call White Russian Nito. It is a weird beer I’ve tried several times. Depending on my mood it is either delicious or bleech.

The nitrogen carbonation gives it a creamy mouthfeel that simulates the cream of a White Russian.

Also Boddington’s Pub Ale. A long time ago I was on a Boddington’s kick for awhile, then I got sick of the taste and mouthfeel and haven’t had it for years:

With enough appeal and taste that it's worth a try, Boddingtons Pub Ale is an English Bitter from Anheuser-Bush InBev. Read my full tasting review.

I’ve been looking for this for a while with no luck, but finally found a four-pack at Harris Teeter. I got the vanilla, and it’s kind of like an ice cream soda. I liked it so much I would buy more if I could find it. We don’t get a lot of new and experimental products around here.

Are people having a hard time finding this?

I was shopping in a Walmart Saturday and they had a good supply in stock.

It’s been two-and-a-half years since I posted the OP. That’s a long-ass lead-time for a soda announcement.

I meant to post back here, but I got distracted. I managed to pick some up about a month back. I have to say I’m a little disappointed. I tried both the regular Pepsi, and the Vanilla Pepsi. I found both to have a creamier mouthfeel, but they lacked the traditional bubbly nature of the soda. Pepsi has a lighter cola flavor than Coke, and I don’t think it has enough flavor to pull it off - it was like I was drinking flat, slightly creamy Pepsi.

The Vanilla Pepsi held up better, having more flavor than the regular. My sister and I both tried it, and we both independently thought that cream soda would work really well with nitrogen. I also thought Coke would work better, or maybe Dr Pepper. Really, I think you should imagine drinking something that’s lost its carbonation, because that’s the sensation. The nitrogen adds a creamy dimension, not a bubbly one. Anything that could stand up without carbonation (something flavorful) and benefit from that creaminess would be a good nitrogen match.

I doubt they will make this for very long. There’s a premium cost, and I don’t know if it’s worth it even if the Nitro were the same price. If other sodas made a nitro version however, especially Coke and Dr Pepper, I’d try it. I don’t think Pepsi was the right match for this.

it was like I was drinking flat, slightly creamy Pepsi.

Yep, that squares with my impression of it but, IIRC, I did have the vanilla version which you seemed to enjoy better, but I didn’t have the regular to compare with. I thought the vanilla was bad enough.

I actually bought 3 4 packs this weekend (2 regular, one vanilla), but for all the wrong reasons.

I have a friend visiting from Austin TX in 4 weeks. I live in front range Colorado, just about 6k feet above sea level. My friend hasn’t lived here in years, so when he has come up for the last three years or so, he gets terrible altitude sickness. Last year, he started taking Diamox for the altitude, but that comes at a heavy price - all carbonic acid bearing beverages taste like ass for him.

So no Rums and Cokes, no beer, no nothing. So after noodling this thread, I bought the Nitro and some Guinness as an experiment to see if they worked with his palate while he was on the med. And if not . . . . well, I’m sure I can use up all of the above.

Because when mixed with enough Rum, slightly oversweet and under-carbonated Pepsi should be juuuuuust fiiiiiiiiine…

Given how it tastes, I’d argue this is the best possible reason to buy it - it’s better than nothing if you need a mixer.

The thing is carbon dioxide doesn’t just dissolve in water it actually forms a very weak acid, carbonic acid, which is why soda water is so sour. So carbonated beverages actually generate CO2 for a time after they’re opened. I doubt nitrogen or any other inert gas can produce anywhere near the same volume of bubbles.

Because when mixed with enough Rum, slightly oversweet and under-carbonated Pepsi should be juuuuuust fiiiiiiiiine…

I did a test case today, with a Vanilla Nitro Pepsi and a Plantation Original Aged Dark Rum and found the creamy notes and mouthfeel of the Nitro, the vanilla, and the aged flavors of dark rum played nicely together. Not enough to buy -more- vanilla nitro, or any more Pepsi nitro (plain), but it added enough via mouthfeel to offset the (to my tastes) insufficient carbonation.

Always a good choice. That’s my rum of choice.

IIRC Guinness has about 4:1 N2/CO2. I wonder if that’s the same for sodas. I expect them to have different foaming properties.

he gets terrible altitude sickness

Huh… I find this surprising, at ‘only’ 6k (poor guy!), and, the term ‘mouthfeel’ disgusts me for some reason.

I’ve lived the vast majority of my life at altitude, generally 4k to 6k, with a not insubstantial amount at what even I consider high altitude in Leadville Colorado (over 10k). Everyone is different in how they react, but said friend has now spent a decade below 500 feet, so

It’s a physical reaction, and not a pleasant one, and considering the costs to fly these days, laying in some comforting booze that will hopefully not taste to ass is the least I can do.

As for the term, it isn’t uncommon, but yeah, I have words that set me off for no known reason either, although it’s not nearly as funny as the old Iron Chef Dub line “The taste in my mouth” - I mean, where else would you be tasting?

As for the term, it isn’t uncommon, but yeah, I have words that set me off for no known reason either, although it’s not nearly as funny as the old Iron Chef Dub line “The taste in my mouth” - I mean, where else would you be tasting?

Your feet? (Link provided without comment about it’s accuracy.) 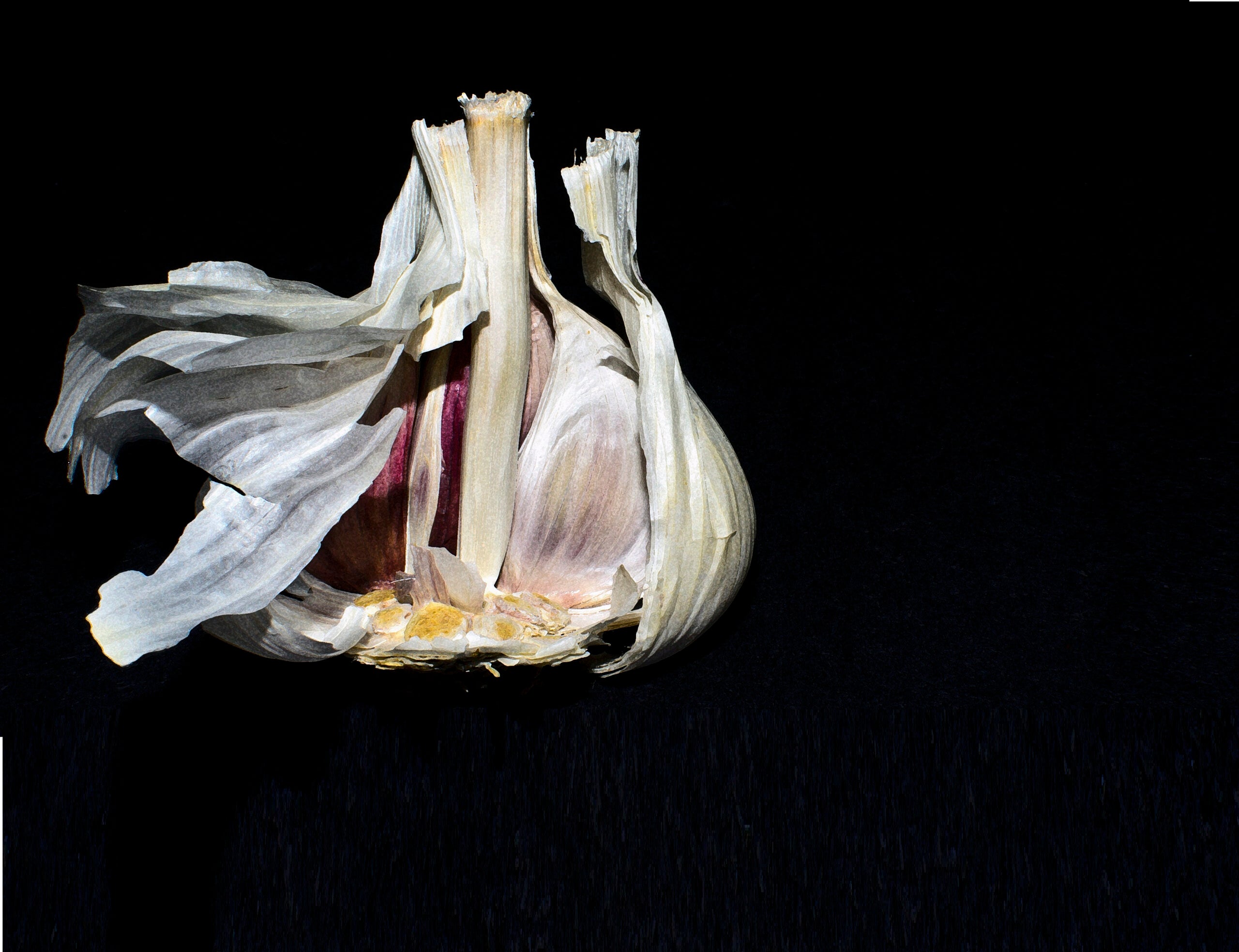 You can taste garlic with your feet

A molecule within garlic called Allicin can permeate the skin in your feet and travel through your blood to your mouth and nose.

Tried it
Love it
I guess I’m different in that I like sodas with less carbonation and the flavor reminds me a lot of the Pepsi I drank growing up. If anyone wants to know what it is like, get a Pepsi slurpee and let it melt. It’s like the syrupy stuff on the bottom.

Austin friend is heading up again at the end of October for a few days. The nitro was a successful hack for Rum + Cola, but he, like myself, and everyone else I’ve spoken too found the vanilla a far better option than the plain. So I checked the store to pick up a spare two 4 packs.

Plenty of the nitro pepsi (plain) both in 4 packs and singles, but not a vanilla in sight. Checked my local target (on the way home from the grocery store), same. I’ll keep checking, 'cause I have weeks but doesn’t look like I’ll have much luck. Target’s website says none in store, for pickup or online. Amazon has 12 packs of mixed at unusually high prices, and while you can order 4 packs of vanilla only from ‘other buyers’, it’s about 3 times retail or more (although often with shipping included).

So, I suspect Vanilla at least is not long for the world, and don’t hold out much hope for the nitro cola experiment over all.

So, I suspect Vanilla at least is not long for the world, and don’t hold out much hope for the nitro cola experiment over all.

I was able to buy a can at my local Walmart a week or so ago. Not bad at all, although at least in my own mind, the prickle of the carbonation is an essential part of the soda experience. I’ve still got a can of the regular Nitro Pepsi in the fridge. My kids want to try it, so I’m saving it for a semi-special time.