Ongoing pandemic will harm the cause of immigration and climate change

This Bloomberg op-ed notes that two progressive causes - immigration and climate change - are likely to see a big setback as a result of the ongoing coronavirus pandemic. During a time of pandemic, there will be little appetite to allow even legal immigrants into this nation from abroad, let alone illegal immigrants. And climate-change will put on the back burner for sure as people consider the virus to be a far more pressing and urgent issue to deal with.

In addition, the notion that we have become a globalized world with less and less borders than before now has gone into reverse, as nations are keen to guard their borders and quarantine.

I think with the lockdowns and businesses shutting for a while, a lot of people are going to notice “So this is what fresh air/water looks like”. 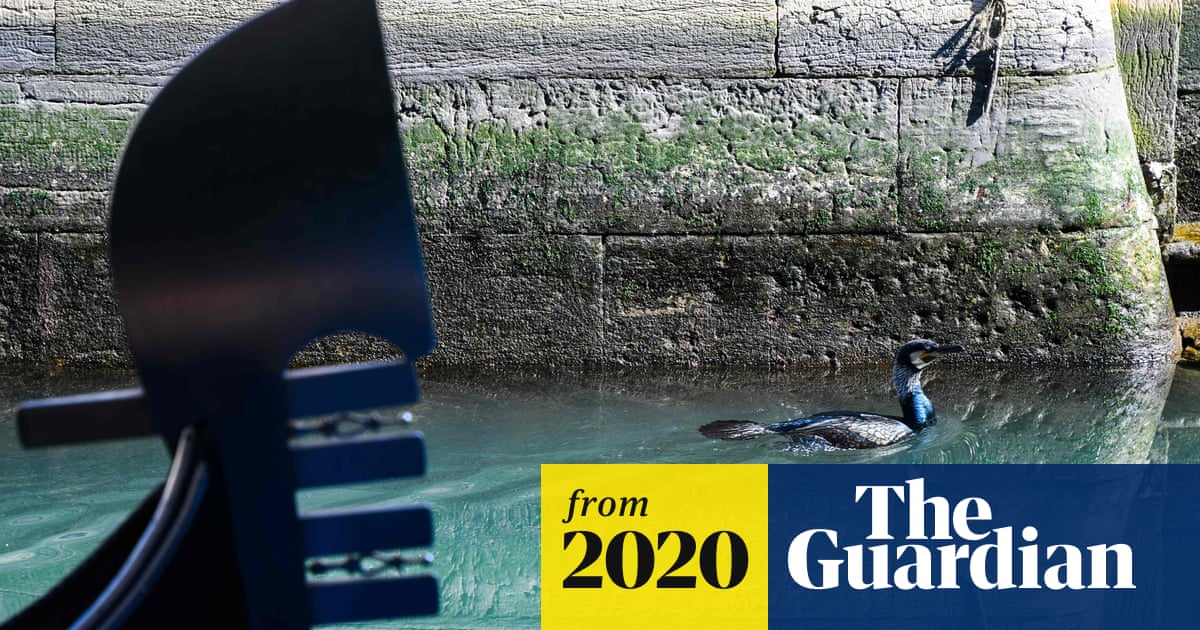 'Nature is taking back Venice': wildlife returns to tourist-free city

With the cruise ships gone and the souvenir stalls closed, the coronavirus lockdown has transformed La Serenissima’s waterways

The reflexive (but not entirely unjustified) fear of the possibility of spreading pathogens from one region to another will almost certainly be used to justify onerous restrictions on immigration and potentially even justify xenophobic persecution of undocumented immigrants. This is problematic because it will further increase the reluctance of these populations to report or interact with public health authorities in preventing the spread of contagion. The people who live in countries that are not served by a robust public health apparatus and medical system will be under the most stress and will thus be induced to try to immigrate regardless of public health concerns. Of course, the kind of indefinite detention in adequate facilities that was and is being done at the US-Mexican border right now actually increases the chance of another epidemic outbreak given the close contact, poor sanitation, lack of medical services, and public health education, and in fact epidemiologists have been significantly concerned about an influenza outbreak because of these policies.

The impact upon climate change is not as clear. In the short term, the restrictions on travel have already had a positive effect on the emissions of greenhouse gases and other pollutants used in transportation. However, in the long term there will probably be at least a modest decrease in the use of public transit when people have other options which may negate any of the near-term gains. Longer term, the industrialized nations which have outsourced the production and manufacture of critical goods such as medical PPE, foodstuffs, et cetera may seek to bring back some of the capacity as a national security measure, although how feasible that is from an economic standpoint is unclear.

Realistically, the United States does not have any comprehensive policy to abate the causes and effects of global climate change; there is a patchwork of policies and funding of climate surveillance, alternative energy and mitigation strategies spread across the Department of Defense, Department of Energy, Department of the Interior, Environmental Protection Agency, National Oceanographic and Atmospheric Administration, National Aeronautic and Space Administration, as well as various state-level efforts of which California is in the forefront, but under the current presidential administration many of these efforts have been curtailed or eliminated. Europe in general and many European states in particular have more comprehensive policies regarding climate change monitoring and abatement but aside from transitioning away from coal as the most polluting source of power production and inducements to the transportation sector to find less polluting alternatives there really isn’t much of the way of effective abatement or remediation.

The cheapest method of climate change abatement that could be effected starting now with significant long term effects right now would be to reintroduce wetlands and forests, and prevent the destruction of existing wetlands and rainforests being clearcut for agriculture and grazing, and despite the existential threat posed by climate change there is virtually nothing being done in that regard on a large enough scale to matter.

Anyway, it’s an interesting question that we really won’t have the answer to until we see how the COVID-19 pandemic plays out of the next couple of years but we definitely need to take lessons from this because this is certainly not going to be the last pandemic. In fact, epidemiologists have been warning about this kind of outbreak for decades now, and it is frankly surprising it took this long for one to become a global pandemic.

On the bright side, the ongoing pandemic might boost progressive causes like universal health care and perhaps even universal basic income.

In addition to the psychological effects already mentioned, there’s going to be significant economic effects as well. The economy is going to be hurting for at least a couple of years - maybe a decade or more - after this shutdown. A lot of businesses that are “temporarily” closing will never reopen. We’re going to see a lot of people out of work. And high unemployment means there won’t be an economic incentive for immigrants to come to America or an economic incentive for employers to push for a source of cheap labor.

On the bright side, the ongoing pandemic might boost progressive causes like universal health care and perhaps even universal basic income.

A lot is going to depend on outcomes.

Another cause that will be affected:

Atlantic article: The Coronavirus is a Disaster for Feminism

I remember thinking after 9/11 that such mega-terrorist attacks would be hard to stop and would lead to a movement of people away from big cities. Nothing could have been further from the truth. In practice terrorist attacks have remained relatively infrequent and megacities like NYC only grew more popular and more expensive.

It’s hard to think of anything other than Covid these days and it is natural to believe that this will reshape the whole world over the next 20 years and maybe it will. However it’s also possible that the pandemic will be brought under some kind of control in the next three months and will be largely solved with a vaccine over the next two years. And my guess is that after that, tougher regulations and greater preparedness will make this kind of pandemic less likely in the future. 10 years from now this could seem a much smaller issue than it does today.

I think there is a basic difference between climate change where the basic mechanisms make the problem worse and worse unless it is actually tackled. I don’t see any similar trend with pandemics. Yes urbanization and meat-eating are increasing but this has been happening for many decades and it’s not as if pandemics have been getting steadily worse; if anything the opposite is true. The tools for dealing with them have also improved and will improve further after this crisis.

It’s hard to think of anything other than Covid these days and it is natural to believe that this will reshape the whole world over the next 20 years and maybe it will. However it’s also possible that the pandemic will be brought under some kind of control in the next three months and will be largely solved with a vaccine over the next two years.

Which virologists and immunologists say they think “the pandemic will be brought under some kind of control in the next three months and will be largely solved with a vaccine over the next two years”?

And climate-change will put on the back burner for sure as people consider the virus to be a far more pressing and urgent issue to deal with.

Was it ever not on the back-burner?

Another cause that will be affected:

Atlantic article: The Coronavirus is a Disaster for Feminism

well, that was depressing.

the most striking statistic from Sierra Leone, one of the countries worst affected by Ebola, was that from 2013 to 2016, during the outbreak, more women died of obstetric complications than the infectious disease itself. But these deaths, like the unnoticed caring labor on which the modern economy runs, attract less attention than the immediate problems generated by an epidemic

Well, sure. At least for immigration, since now there is a decent reason to 'close the borders".