Orange juice cereal. Who's up for it?

Anyone tried orange juice in cereal? Willing to? 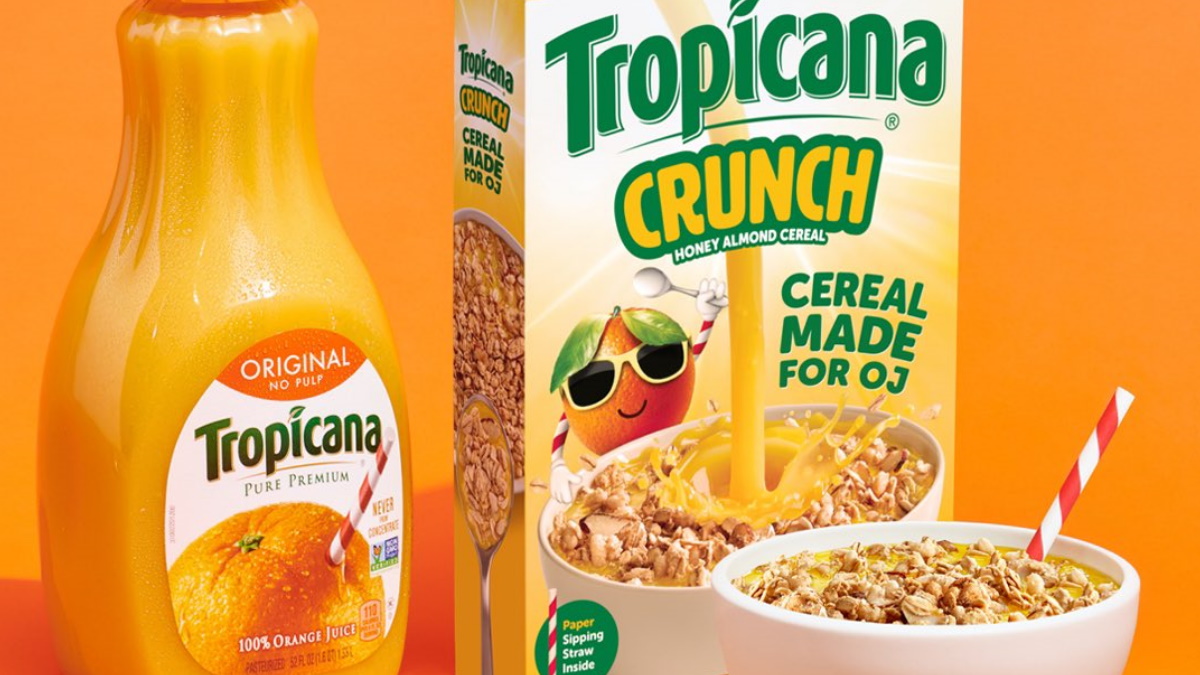 Can Tropicana’s New Orange Juice Cereal Be Paired With Champagne for Crunchy...

For National Orange Juice Day, Tropicana is releasing a honey almond cereal that's made to be eaten with orange juice instead of milk.

I think most families had at least one idiot child who tried this but usually the experiment resulted only in some green faces and a staunch resolve not to do that which nature abhors.

I think it would be possible to make a cereal liquor combining orange juice, sugar and milk with a little vanilla extract that would taste like a Creamsicle. Over the right cereal, i could see that working.

There is a quality to orange juice that makes me want to gag. Might consider trying it with grapefruit juice, though.