Pictures of MilliCal's Costume at Arisia 2010

Arisia is one of the two big Boston-area science fiction convntions, held in January each year. I’m a regular participant, appearing on panels and moderating them, and teaching kids science. Pepper Mill co-runs the kid’s programming, and MilliCal runs with the Rat Pack.
This year, she wanted to enter a costume in the Masquerade, something we’d never done. She came up with the idea. I built the bulk of it, with Pepper Mill sewing the cloth parts. There are some pictures on-line.
This was a massive production – not merely building the thing. but arranging to get it on-stage, with appropriate fluorishes.
First, the Emcee read the script, which went something like this:

In these Hard Times, even the Greatest Beings in the Galaxy have to take up extra jobs to make ends meet…

Then a very large and hairy spider crawls across the stage, followed by this: 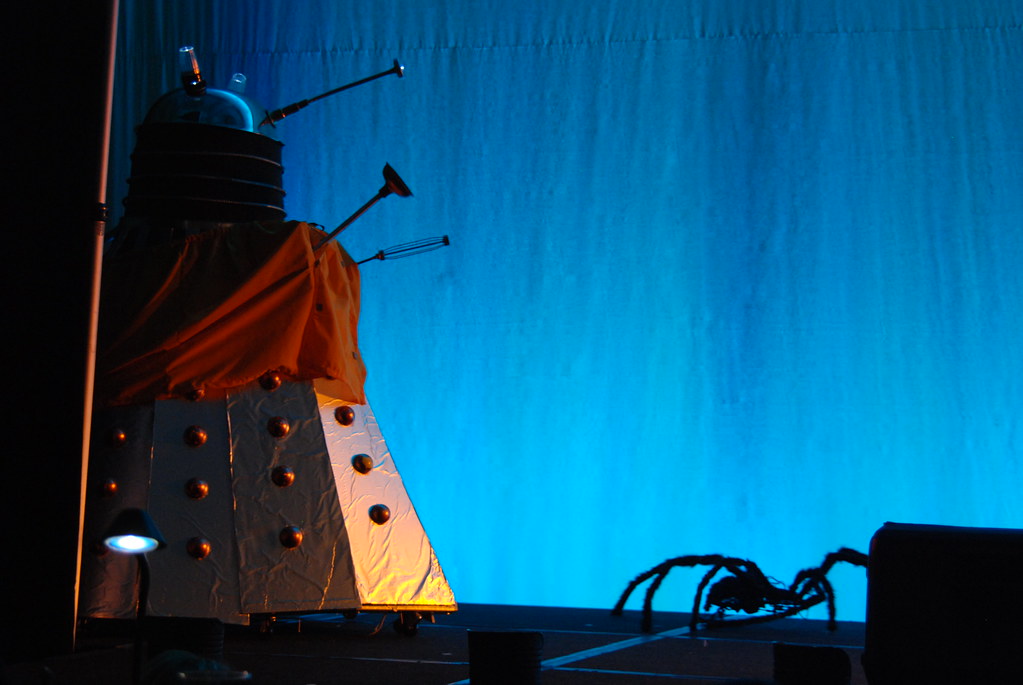 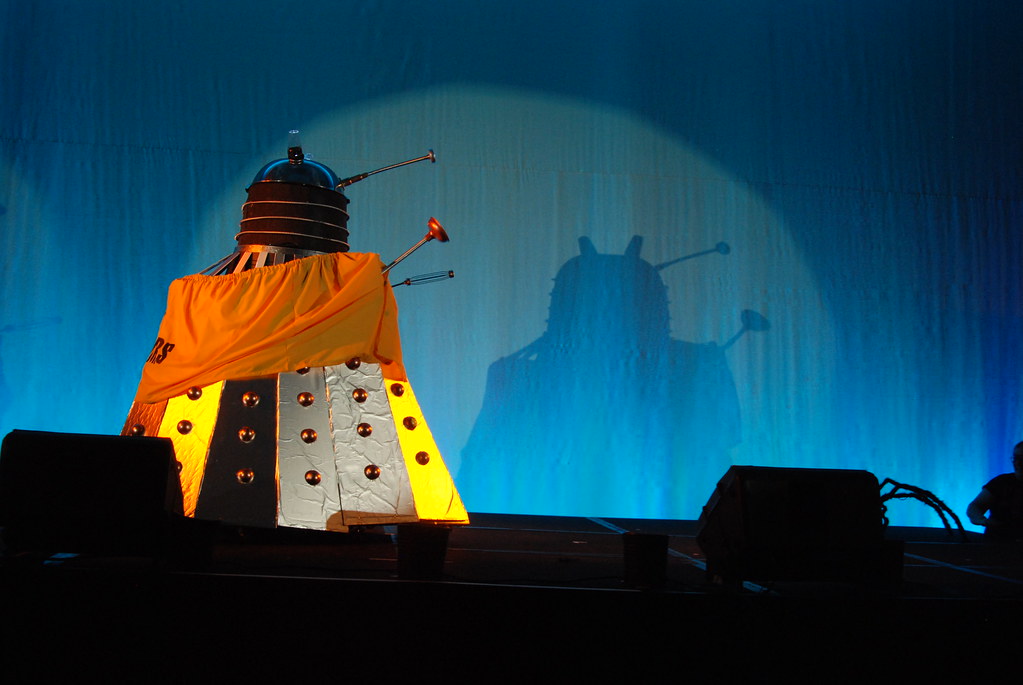 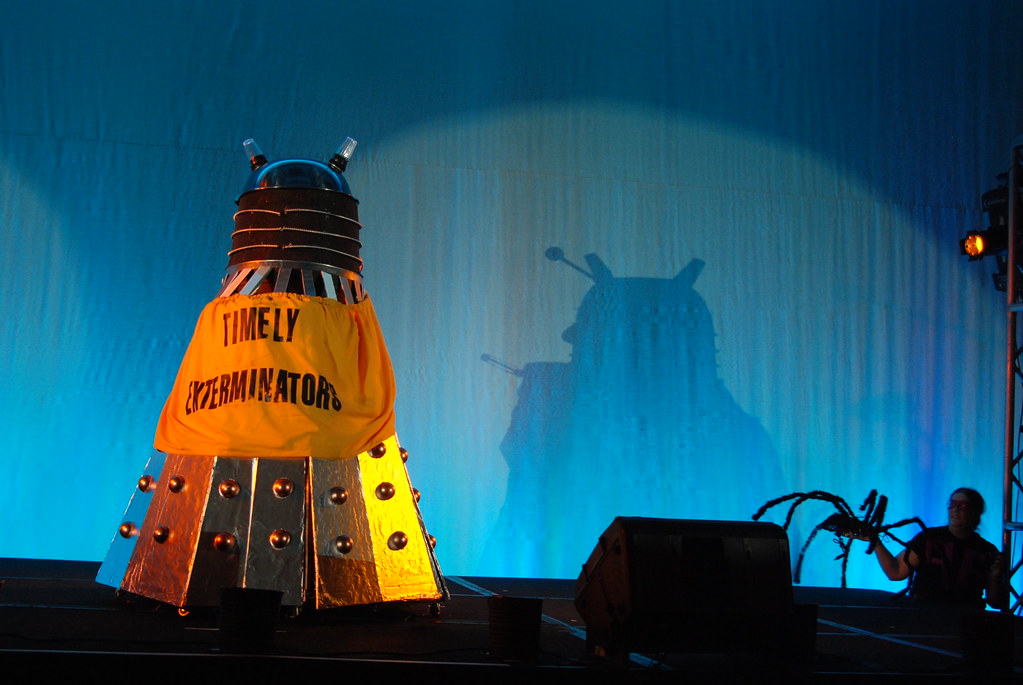 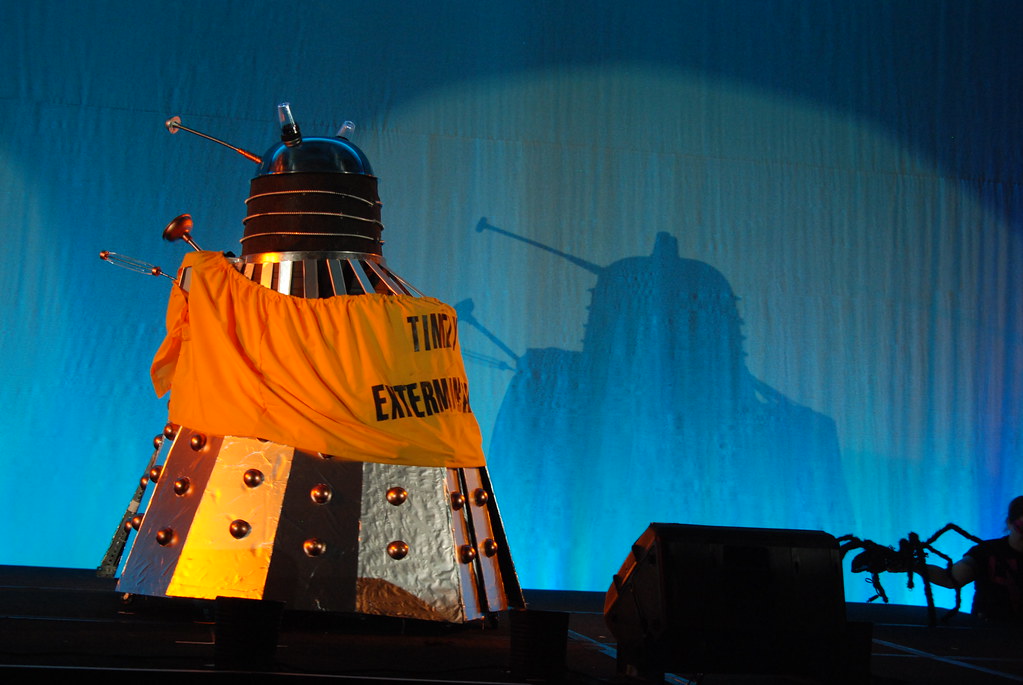 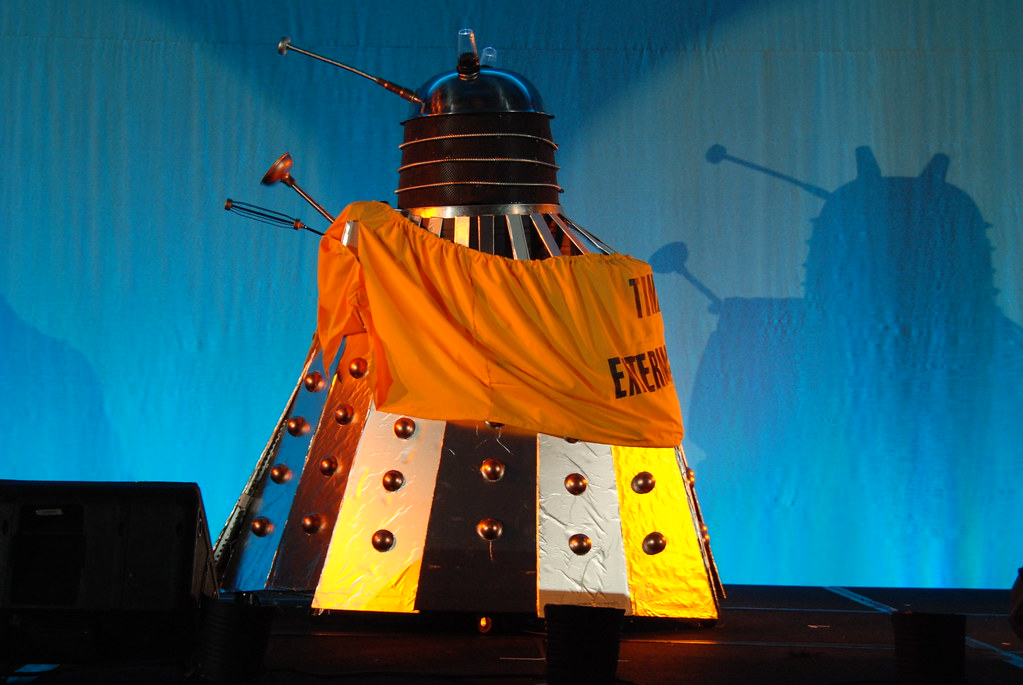 [spoiler] While this is going on, a .wav file of the Dalek shouting “Exterminate! Eliminate! Destroy!” plays over and over.

As the Dalek turns, you can see that the back of its vest reads Timely Exterminators. Really observant viewers could see that it had a nametag sewn on: “Joe”[/spoiler]
This went over pretty well. Then we had to break it down, get it into the freight elevator, take it up 14 floors, and re-assemble it for photography. But it was worth it.

That looks like so much fun! Great idea, MilliCal! And great execution, Cal and** PepperMill**.

Isn’t that more of a vehicle than a costume?