Possible appearance by the Punisher in Captain America 3? 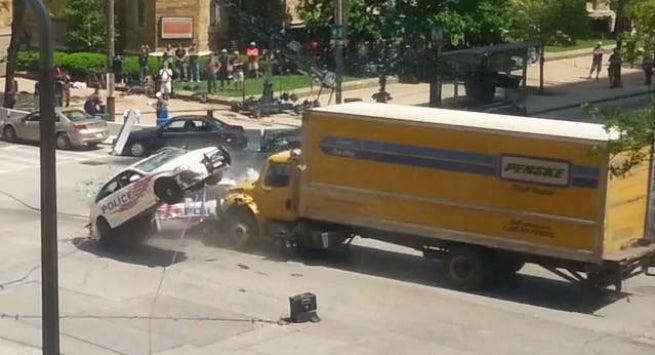 Was The Punisher Being Established in Captain America: The Winter Soldier?

During a promotional stop in support of the recent Blu-ray release of Captain America: The Winter [...]

Apparently, the Russo Bros. have hinted that a certain maverick Marvel character was secretly involved behind the scenes in The Winter Soldier and will show up in Cap 3.

There’s really nothing in there to even elude to the Punisher.

Wait, they’re saying it’s the same man and the same truck. To the Punisher, all vehicles are essentially disposable. (A fact best exemplified by the cover to Punisher War Journal #19.) He wouldn’t wreck a truck during a rescue, and then fix it for a second rescue. He’d abandon it, and steal a new one if he needed another truck. If it’s the same truck in both scenes, then it belongs to someone for whom driving a big rig is a defining character trait.

I think they’re teasing a US 1 movie.

I think they’re teasing a Civil War storyline for Cap 3.

Inspired by reports of the East Coast's costumed crime-fighters, muscular trucker Buford Hollis became Razorback and established himself as a hero and minor celebrity in his native Arkansas. When his younger sister joined a religious cult in New...

Why not? Every other movie featuring The Punisher has been such a success!

Dare I hope Dolph Lundgren will be playing him?