Prediction time: Will Elder Scrolls VI come out for the PS5 or PS6?

It is many years away, apparently. With all the money Skyrim made, I’m surprised they didn’t kick into ES6 more quickly. Apparently, they focused on Starfield, which also has no release date or any information out there.

Two years ago, the question was if the next Elder Scrolls will make it onto the Playstation 4(and Xbox One). It is now quite clear that it will not. The question now is if it will even make it to Playstation 5(or Series X).

PS4 came out 7 years ago. At least that is how long ago it will be when the PS5 is scheduled for release. Let’s project forward 7 years to 2027, when the possible launch of the PS6 will occur.

Will Elder Scrolls VI be released by then? I think it will, but I may just be optimistic. I have heard they are working full-force on Starfield, which is not even scheduled for release yet. Are we even sure ES6 is next in their priority queue?

Perhaps Elder Scrolls VI will be a late PS5 release, one of the final games for the system.

I think there is enough rumor out there to count as substantial enough that they are aiming towards 2023-24 with ESVI.

It has been just over a year and indeed, no release date is set. However, Starfield, the game they have to “get out of the way first”, so to speak, has its date.

I would expect full production for Elder Scrolls VI to begin sometime in 2022, 11 years after Skyrim was released.

I think the question should be “Will Elder Scrolls VI come out?”

My personal opinion only, but I’d guess that ESVI is in something very close to full production now. I figure since the day '76 came out, they spent a couple years focusing every moment on overhauling the Creation engine into something more appropriate for this generation. But have had Starfield and ESVI in production mode for a little while now.

With Starfield at 11/11/22, I can’t imagine the Elder Scrolls game being released anything less than 18 months after, so mid year '24 to mid year '25 is my newly adjusted guess.

Producing only one game at a time seems like a dumb idea to me. Games take even longer to make than they used to. If they really aren’t developing anything else, then I would not expect a three year turnaround. They need to be working on it now to get it out by 2026, IMO.

I do think it’ll make the PS5, though. The time between generations is only going to get longer.

I do think it’ll make the PS5, though.

This is the title of my thread, but it has become somewhat laughable since Behesda is now owned by Microsoft. Starfield is not being released for PS5. Neither will Elder Scrolls VI now, will it?

I obviously meant “this generation” of consoles. Will Elder Scrolls VI make the current Xbox system?

I do think it’ll make the PS5, though.

This is the title of my thread, but it has become somewhat laughable since Behesda is now owned by Microsoft. Starfield is not being released for PS5. Neither will Elder Scrolls VI now, will it?

Ah, yes, I forgot about that purchase. But what I meant was that I think it’ll make this generation, though possibly in the second half, when the pro versions come out. I just used PS5 because it was in your title, and I have trouble remembering what the name of the current Xbox generation even is.

Though part of the reason I say that is that I expect this console generation to be even longer than the previous ones. That’s the trend, AFAIK. Plus there’s the chip shortage that won’t be resolved for a year or two more from now, so they’ve not really gotten the start they wanted to this generation.

But what I meant was that I think it’ll make this generation, though possibly in the second half, when the pro versions come out. I just used PS5 because it was in your title, and I have trouble remembering what the name of the current Xbox generation even is.

Yes, I said that in the post your quoted.

Todd Howard said today that Elder Scrolls VI is in the “design phase”. I would say 2024 is the earliest we could see it, but 2025 seems much more likely.

At the rate it seems to be going, Elder Scrolls VI will make its debut on the holodeck.

But they’ll be making Skyrim re-releases well into the 24th century.

Todd Howard did an Ask Me Anything on reddit today and said:

"After Starfield - it’s in pre-production and BGS only makes one game at a time. Expect it around 2025 or 2026 - it was only even announced yet to reassure people “we are going to keep making TES, we aren’t going to pull a Warcraft and only make MMOs and card games.”

I actually thought Todd Howard came off great in the AMA. He said they still want to make single player games, admitted they let everyone down with Fallout 76, and some other things as well. He was pretty obvious.

If you didn’t get to hear it, they put up a 10th anniversary concert on youtube the other day. It’s the best version of Far Horizons from Skyrim that I have ever heard.

I legit almost teared up when the strings came in. 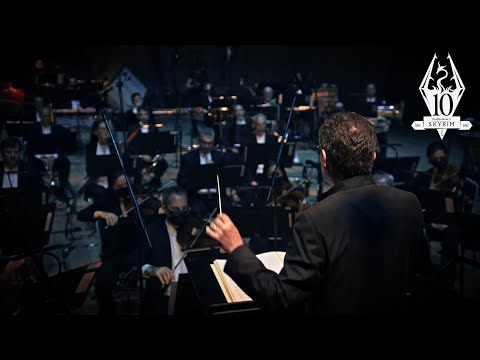 Starfield will finally be released in the first part(or so?) of 2023. This should finally allow Elder Scrolls VI to go into production.

Will the PS5 and current Xbox be the current consoles at that time or will PS6 come out by 2027?