I have warned about this many times, but it is always pooh-poohed as “a few people on Twitter” who are said to be irrelevant to the party overall, or even its image. I wonder if people will take it a little more seriously coming from him? 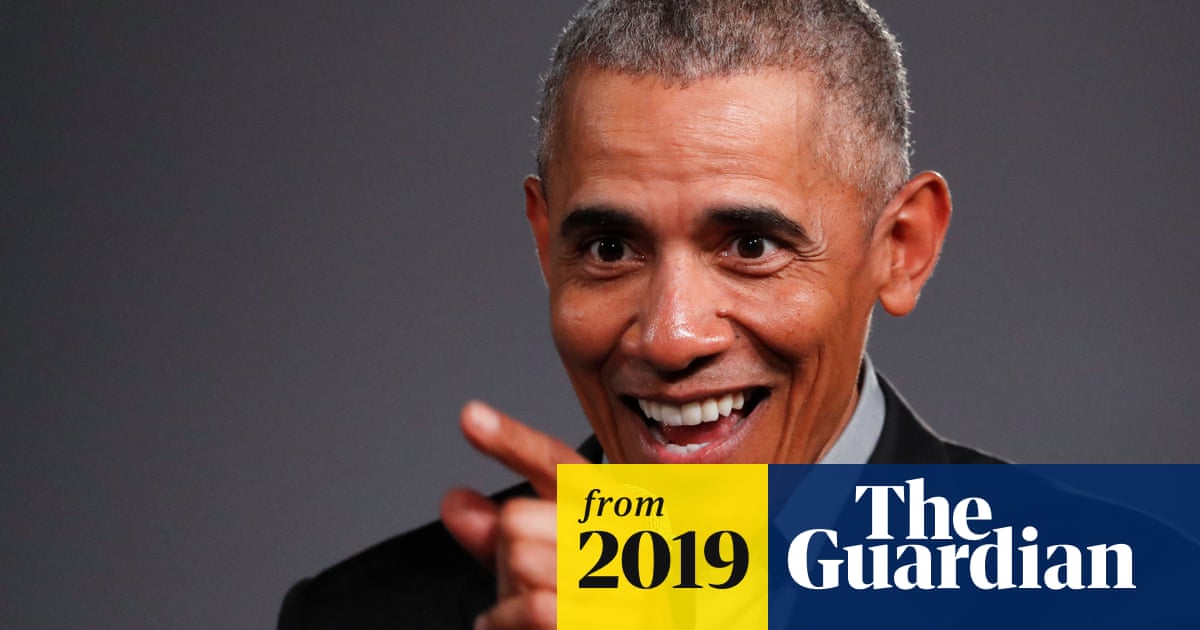 “One of the things I do worry about sometimes among progressives in the United States,” he said, “maybe it’s true here as well, is a certain kind of rigidity where we say, ‘Uh, I’m sorry, this is how it’s going to be’ and then we start sometimes creating what’s called a ‘circular firing squad’, where you start shooting at your allies because one of them has strayed from purity on the issues.

“And when that happens, typically the overall effort and movement weakens.”

I don’t think he’s wrong, but he himself is and always has been a moderate. He may or may not have the ears of the more leftward-inclined.

Oh, I see plenty of Bernie Sanders followers with their knives out for Beto. They accuse him of being in the pocket of Big Oil, even though he constantly talks about getting off fossil fuels within the next ten years.

And as I understand Obama (certainly as I understand myself), this isn’t just about what the candidates say about each other, but about the way “woke” types pile on whenever they see something that fails (or even gets less than a perfect score on) their purity tests.

People here, as I say, like to wave that off and say no one really cares what people on Twitter say. But that’s belied by the facts. Take astronaut Scott Kelly, for example. He is the identical twin brother of another astronaut, Mark Kelly, who is married to former Representative Gabby Giffords and is running for Senate in 2020. Scott quoted Churchill’s line “in victory, magnanimity” and dared to describe him as “one of the greatest leaders of modern times”. Uh oh. :eek:

Here’s what happened next: 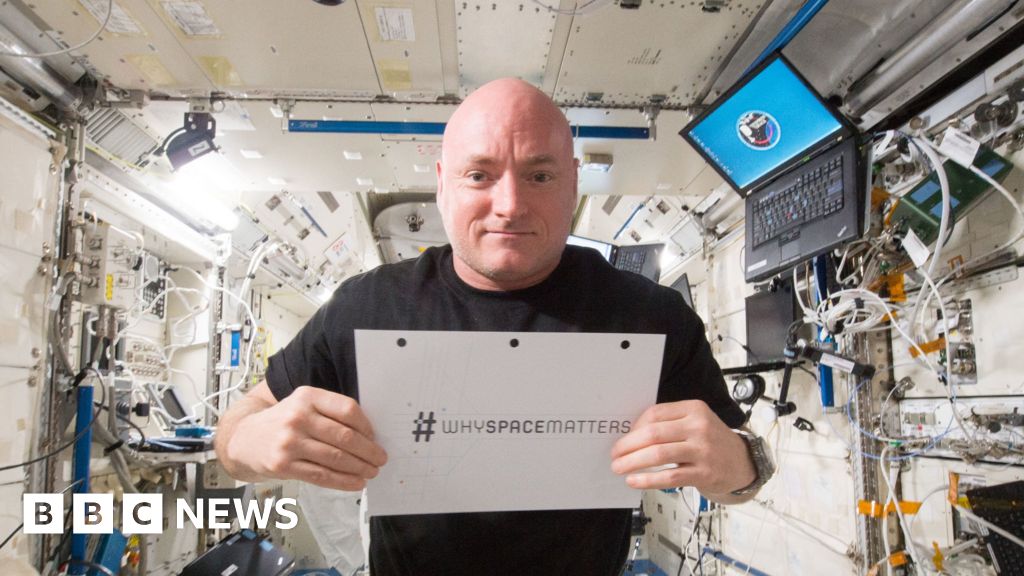 Scott Kelly apologises for quoting the WW2 British PM, only to be attacked again for his apology.

One of the unwritten rules of social media is avoid inspirational quotes.

American astronaut Scott Kelly put that to the test on Sunday when his use of Winston Churchill quotes landed him in hot water with people who oppose the wartime British prime minister’s views on empire and race.

But when Kelly tried to apologise for the tweet and offered to educate himself, Churchill fans attacked him for discrediting the politician’s record.

I would imagine that Trump has cured a lot of progressives of needing ideological purity.

SlackerInc, do you have any evidence that those “plenty of Bernie Sanders followers” are progressives, liberals, Democrats, or followers of Bernie Sanders? We should hold politicians responsible for what they say and do, not what is said or done by those who purport to follow them.

Bernie Sanders himself attacked ThinkProgress the other day for reasons that seemed pretty trivial to me.

This comes after ThinkProgress, a news outfit that is editorially independent of CAP though a project of the think tank, published a video suggesting the Independent from Vermont had altered his language about wealth inequality in the United States after he had become a millionaire himself, due to the success of his recent book. In the video, they showed clips of Sanders at times denouncing just “billionaires” as opposed to “millionaires and billionaires,” after his book his published.

“This counterproductive negative campaigning needs to stop,” Sanders wrote in the letter. “The Democratic primary must be a campaign of ideas, not of bad-faith smears.

Seems like a reasonable thing to point out, yet thin-skinned Bernie called it a bad-faith smear.

I would imagine that Trump has cured a lot of progressives of needing ideological purity.

I doubt that. As a matter of fact, I think he’s doing exactly the opposite- causing a lot of people to double down on their ideological purity as a reaction to his presidency.

Bernie should tell Obama to take a hike in the same way Trump told Bush etc. to take a hike. At least it will save him from further hypocrisy when Sanders is attacking Trump’s extension of ObamaBush policies.

Of course the Democratic idol worship of Obama would do him in. Or would it?

the Democratic idol worship of Obama

The Boy in the Bubble

Seriously, this is an excellent example of the disconnect between what’s actually happening on the center-left part of the spectrum, and what it looks like from inside the right-wing bubble.

I’m sure there are people who idolize Obama, because in a nation of 325 million people, there are going to be some, but by and large the view of Obama on this side of the spectrum is one of critical appreciation of both his strengths and his flaws.

Of course, next to Trump, he looks like the right hand of God Almighty. But hell, Trump almost makes Nixon look good by comparison.

Yes the right wing view of Obama is that he is the same as Trump. Excellent analysis.

Back in reality, we have Trump continuing policies of Obama and a Democrat claiming that Obama looks like the right-hand man of god.

Also, one clue that one is in a bubble is when you make a comment so utterly lacking in self-awareness, such as claiming a hardcore libertarian visitor to a left-liberal website is in a right-wing bubble, and there is no expectation of someone tapping you on your shoulder and saying how dumb it was.

Bernie Sanders himself attacked ThinkProgress the other day for reasons that seemed pretty trivial to me.
Seems like a reasonable thing to point out, yet thin-skinned Bernie called it a bad-faith smear.

It seems less thin-skinned than smart to me. In this field being the second choice of many will be useful, as others drop out. Playing high road, advocating high road and fighting over ideas, rather than low ball attacks, makes you more likely to be chosen by those who have others as their current first choice when that current first choice no longer seems viable. Same thing tends to happen in ranked voting races.

A lot of the reason for circular firing squads is moral certainty or moral conviction. When one faction gets it into their head that they are morally right, they can then brook no contradiction. And when multiple or all factions feel that way, then it’s circular firing squad time.

Another cause for it is the belief that the stakes are immensely high and that the consequences of not getting one’s way are accordingly immensely dire as well. That also leads to people allowing no compromise.

Which hardcore libertarian visitor was that, WillFarnaby? It looked to me like that was a response to you.

Which hardcore libertarian visitor was that, WillFarnaby? It looked to me like that was a response to you.

Is this a joke? WillFarnaby considers himself a libertarian.

Oh, I see plenty of Bernie Sanders followers with their knives out for Beto. They accuse him of being in the pocket of Big Oil, even though he constantly talks about getting off fossil fuels within the next ten years.:

To me the biggest turn-off to Bernie Sanders has been his followers. They seem to think that insulting and attacking every other Democrat and their supporters will gain them support. But you’re not going to insult me into voting for Bernie.

Before you get your knickers in a twist about Hillary and “deplorables”, she wasn’t trying to win their support and for the most part, those people chose to identify with the label rather than thinking “well that’s not me”. It was a one-off, not the constant stream of invective and personal attacks I’ve seen from the hard-core Bernie Bros.
That being said, I just got off twitter where I repeatedly pointed out that we have a large field of candidates and a solid year before any primaries, so I’m only interested in hearing positions, seeing plans and watching responses to challenges at this point.

A lot of the reason for circular firing squads is moral certainty or moral conviction. When one faction gets it into their head that they are morally right, they can then brook no contradiction. And when multiple or all factions feel that way, then it’s circular firing squad time.

Another cause for it is the belief that the stakes are immensely high and that the consequences of not getting one’s way are accordingly immensely dire as well. That also leads to people allowing no compromise.

Humans are evolved to be religious. What has happened as we have secularized is that politics has become the religion of the masses with all of the objective moral certitude that that entails. The danger is that politics is not institutionalized religion which typically has the advantage of centuries of institutional inertia and tradition behind it. It swings on a dime and is allowed to tear down things that were ‘gospel’ a few short years ago. Rather than an institutionalized religion, the ‘religion’ that we follow is essentially a series of cults. There is no need for internal consistency or appeal to higher authority. The cult itself is the authority and its only goal is the destruction of the heretic. The ideals themselves are merely tools to be used to advance the cult itself and can be discarded or ignored when convenient. Ideals that were sacred a decade ago can be derided as unvirtuous now. There is no middle, nor any moderation since that denies the fundamentalism of the cult itself. The only aim is to find the next prophet and tear down anyone that stands in his or her way.

All I know, and what I suspect Obama was getting at, is that the real target of the Democratic party’s marketing needs to be moderates- specifically the centrist moderates and ones who are maybe right-leaning a bit, and having a lot of party infighting over questions of ideological purity and the like is a good way to make yourselves look disunited and unorganized relative to the GOP goose-stepping along in lock-step.

Obama is about to learn that if there’s anything the left cares about least, it’s an ex-president who can no longer change the world. Obama is old news - just another privileged, male middle of the roader compared to the left’s new loves like Ilhan Omar, Bernie, AOC, Rashida Tlaib and the rest of the far left wingnut caucus.

These days Nancy Pelosi is starting to look like Reagan as she tries to tamp down the far left in her party and recover some possibility of electoral success in 2020.