Next week, I have an 8-hour layover at O’Hare. I always like visiting local breweries, so I’m looking for one I can get to relatively easily from the airport. It’s going to be Friday afternoon/evening, so transit is probably better than Lyft to avoid traffic. Walking a mile is fine.

So where should I go?

I’m not sure how close/easy to get to they are, but Three Floyds and Twisted Spoke are hugely famous in that area.

According to Yelp, these are the top 10 in Rosemont, which is next door. I can’t vouch for any of them, and looking at the list quickly, some of these just look like liquor stores.

I’m not sure how close/easy to get to they are, but Three Floyds and Twisted Spoke are hugely famous in that area.

Three Floyds is in Indiana, nowhere near Ohare.

Twisted Spoke is a bar, not a brewery, and also not very close.

Just hop on the blue line and you’ll be in town in no time.

Thanks, Snarky. “Close to O’Hare” was the wrong way to say it. I’m just looking for something I can get to relatively easy. Once I’m on the train, I don’t really care if I’m riding for 5 minutes or 20 minutes. I start to care when it gets toward an hour on the train - time spent riding means time not spent tasting.

I’ll check out Revolution, and would love another suggestion or two.

I’ll check out Revolution, and would love another suggestion or two.

Goose Island is around there somewhere as well. I have no idea how far from the Airport they are, but I believe they’re in Chicago (or at least some of their locations are).

I went to Google Maps, centered on O’hare and searched for breweries. The 5 closest results are:

I’d skip Hofbrauhaus since you can get that beer anywhere. Of the other 4, I’ve only had Mikerphone and there was a bit of a buzz when they started distribution in WI. My guess is that any of those will be decent so I’d probably choose based on which have food and are easiest to get to. And really, with 8 hours you could probably hit all of them

Revolution Brewing is super easy to get to on the blue line - ~30 min, get off at California stop and walk 10 feet. You’ll want to go to the brewpub, not the brewery/taproom. You could also check out Hopewell Brewing, which is also on the blue line (Logan Square), one stop closer to O’Hare.

It looks like Lake Effect Brewing and Old Irving Brewing are also right along the Blue line. Anyone familiar with either one? Some of Lake Effect’s beers look intriguing, but it doesn’t appear to have a taproom. Is their bottle shop strictly for off premises?

I’d not heard of this brewery before, though I suspect that the name comes from a derogatory acronym that Wisconsinites have been using for Chicago-area folks since I was in high school – FIBS stands for “F***ing Illinois Bastards (or Bitches).”

Goose Island is around there somewhere as well. I have no idea how far from the Airport they are, but I believe they’re in Chicago (or at least some of their locations are).

Yeah, going from the Blue Line to other lines is bit of pain since you have ot go all thew awy downtown first.

I haven’t been to the actual brewery, but I’m a fan of Maplewood, which is about a mile walk from Revolution: 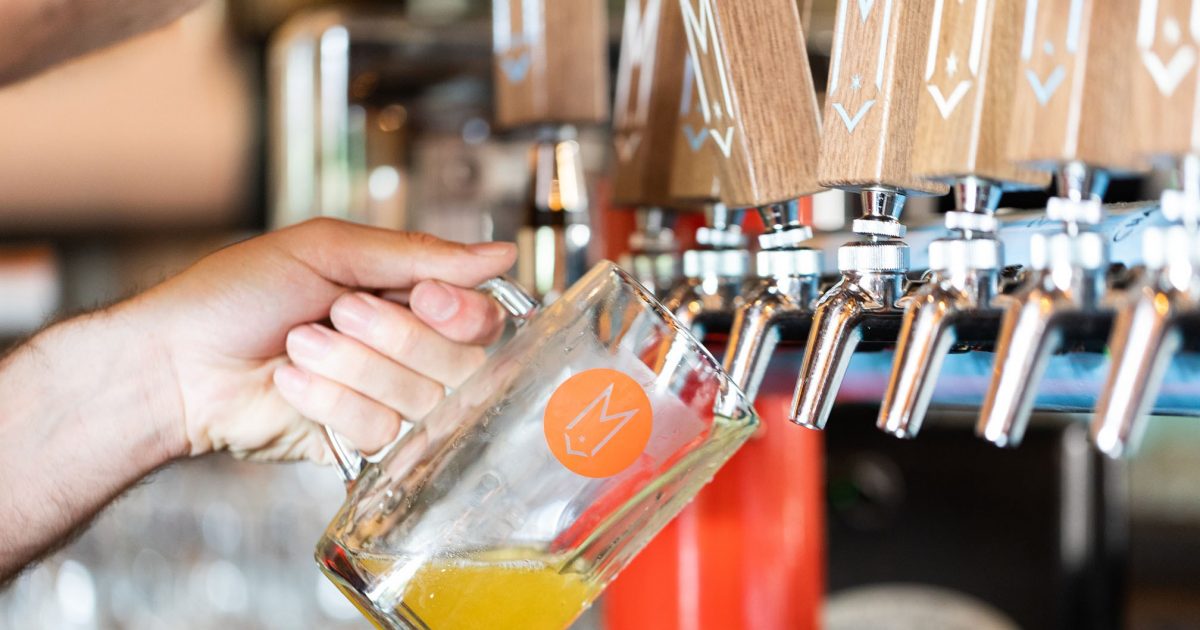 Edit: it also forms a triangle with Hopewell, so you can hit all three.

You can take the 72 bus on North Avenue but, yeah, it’s about an hour trip all told, not the most convenient.

I would probably agree with Revolution. About a half hour by el from ORD. I can’t even keep track of all the breweries and brewpubs in Chicago anymore, but it’s one of what I would call the major ones and has been here for at least a decade. (Ack, I’m off by a little bit. Established in 2010.)

I might also suggest Piece for pizza and their beer. Be warned, though, depending on when you go, that place can be a madhouse (Revolution gets quite crowded, too.) I really enjoy Piece’s take on New Haven style pizza, and would recommend their white bacon & clam pizza. To get there, get off at Damen and walk north to North, then a little east. It should also be about a half hour from ORD.

Oh, yeah, just saw you said Friday afternoon/evening. Yeah, most of those places are going to be a bit crowded, but if it’s just you, I’m sure you can find a space at the bar.

Thanks for all the advice. I’ve hit Revolution and Hopewell so far. I had some great hazies at Revolution. I was there between lunch and the after work crowd, so it wasn’t too crazy.

Hopewell was a nice space, but I wasn’t as impressed with their beers. I briefly entertained the idea of hopping on a scooter up to Alarmist, but fortunately I decided that maybe wasn’t the best idea 10 tasters in. So now I’m heading back to O’Hare for a couple hours before my flight. If I’m feeling ambitious, maybe I’ll wait at an airport bar with some local beers.

Thanks again to everyone who made suggestions.

Bumping this because I somehow found myself with another long layover at O’Hare. I really need to book flights earlier.

So this time I’m checking out Solemn Oath, which just opened a new space off the Blue line last month. The beers are fantastic - more IPAs than I can make my way through, and plenty of other styles. Unfortunately, it’s BYO food so there’s nothing to slow down my tastings.

I somehow found myself with another long layover at O’Hare.

Just an accident that you had good luck with your “breweries layover” last time, and OH, DARN, LOOK, another layover…

I liked the idea of hitting Logan Square, which it looks like you did last time. If you liked Revolution, I’d go back, and walk around the neighborhood.

I used to attend a lot of trade shows at the Rosemont convention center, which is pretty close to O’Hare. There were, IIRC, lots of restaurants and hotels there. I bet you can find a good brewery near the Rosemont (although I’ve not looked it up).