Republicans: candidate who assaulted reporter is fine with us! 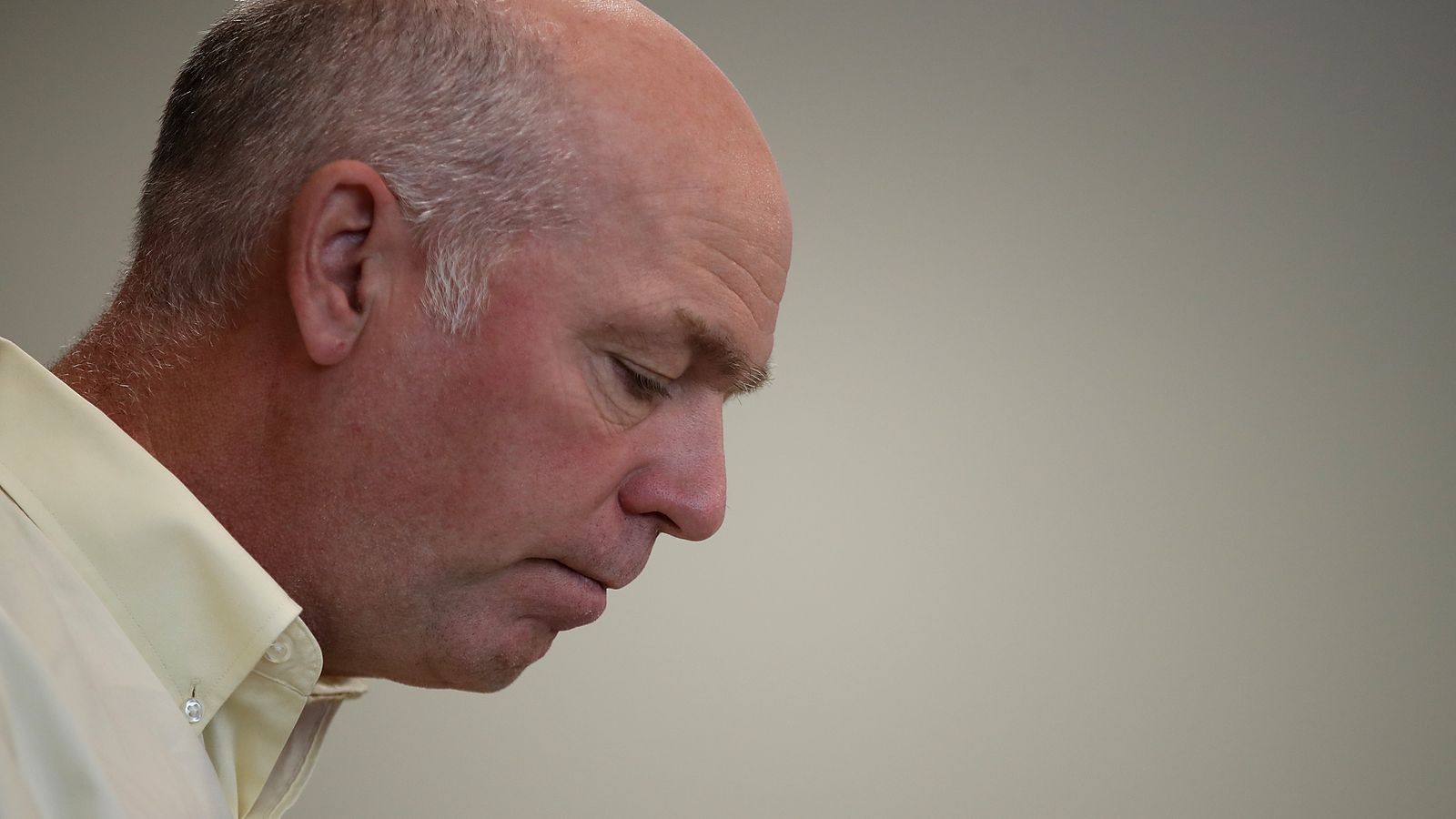 Conservatives are surprisingly chill about a literal assault on the free press.

When MSNBC asked if Gianforte would still be welcomed by Republicans in Congress, Rep. Charlie Dent of Pennsylvania replied, after a pause: “Yes, of course.”

House Speaker Paul Ryan called for an apology, but did not ask Gianforte to resign the race. “I’m going to let the people of Montana decide who they want as their representative,” he said at a press conference Thursday morning.

Several politicians suggested that Gianforte may have even been justified in attacking a reporter. “It’s not appropriate behavior. Unless the reporter deserved it,” Republican California Rep. Duncan Hunter told the AP.

Now, leaving aside the talk of the actual people in Montana in the article (which, at best, demonstrates that the state should be depopulated, deemed a superfund site, and offered as a gift of the ‘white elephant’ variety to Canada), this is what we get from the Republican party. Party before basic human decency. Again. For fuck’s sake, the guy body-slammed a reporter and put him in the hospital in front of a goddamn news team. And the response from the right wing is, “Yeah, we’re cool with that.” A literal assault on a journalist is not enough to make republicans in congress rescind their approval. What even the fuck. “Unless the reporter deserved it”. Yeah, that’s not fucking ominous at all.

This guy is probably still going to win.

What the fuck is wrong with this country?

That’s fine, just leave us the cattle and make sure to turn out the light when you leave.

It’s revolting–Gianforte’s thuggery, GOP politicians being fine with it, and random radio-and-Internet yobbos declaring how much they admire it.

I keep coming back to the ‘bad 20%’ theory—20% of ANY nation is made up of bully-worshipping pro-authoritarians who believe freedom of the press is just a plot by The Other to undermine Daddy’s righteous rule.

But even if that is the case, the USA has put way too many of that 20% in Congress.

This guy is probably still going to win.

I’m not saying you are entirely wrong, as the early voting could preclude a last-minute change in the electorate’s opinion, but one thing I’ve noticed is that with Trump in office, a lot of Democrats are more involved.

Combine that with the fact that they are expecting an extremely low turn-out for this election (due to it being on a Thursday, and right before a holiday weekend), and I don’t think I’d write the obituary just yet.

I can’t help but wonder how many registered voters in Montana there were who were basically unaware that there was a special election today before this story broke. Also I’m not entirely sure which candidate this extra publicity helps. Surely there are people who would have stayed home who got out to vote for Quist today, but do they outnumber those who are suddenly motivated to vote for the guy who literally choke slammed the liberal media?

…
What the fuck is wrong with this country?

In a nutshell, Republicans.

I think election results will begin being posted at 8PM MST.

If a Democrat assaulted a reporter would you vote for the Republican?

If a Democrat assaulted a reporter would you vote for the Republican?

Nope. Due to their support of the party platform and the tendency to put Party before God, God before Country.

This was beyond a simple assault. This was an attempt to silence the Press.
The GOP candidate was demonstrating his inability to tolerate being questioned and not wanting to own up to his support of his Party’s doings.

Interestingly, the Fox News crew on the scene didn’t hold back when they described the viciousness of the attack and they also strongly confirmed that it was completely unprovoked - contradicting Gianforte’s account. I wonder if Trump gets his nightly Fox News enema while he’s overseas with his friends.

I am careful to avoid the Hitler / Nazi hyperbole. I don’t think America will become Nazi Germany, as they are two different countries, in different times, with different backgrounds. But I do think that American democracy is in serious trouble, and this is just another bit of evidence in a growing body. I think it goes beyond Trump: I don’t think Trump created the Republican brownshirts; the Republican brownshirts were already in existence and simply decided that Trump would be their spokesperson. I think the danger is there even if Trump gets impeached and forced out of office.

What it comes down to is this: a certain segment of the population that believes in inequality (and to varying degrees White Christian supremacy) is looking at the demographics and not liking what they see. They know that the true majority of people aren’t buying into their agenda. And they know that this is especially true with an increasingly young and diverse population.

Think about it from their point of view: if you live in a society where the majority rules, and if you know that the majority - the true majority - doesn’t subscribe to your worldview of White Christian l’aissez faire capitalist domination, then what do you do? You grab power, and when you have it, you make it less democratic and make it difficult for future generations to make it more so. That is what is happening right before your very eyes.

Democrat Rob Quist, well known across the state for his banjo playing but facing criticism over a checkered history of failed debt payments, is looking for an upset in a state Trump won by 20 points this fall.

edit: As of right now the Dem is winning by less than 1%…but if he loses, I’m sure a lot of people can play “blame the Libertarian” (who has 5%)

Up to the minute results here.

I absolutely expect this assault to be a boon for Gianforte. This happened in Trump country after all. He literally choked the Liberal Media. He’s a fucking hero.

To be fair, he probably isn’t smart enough to know that “attack the media” was meant figuratively.

Why not elect a thug?

I think unfortunately Quist is going to win. Looking at Little Pig’s link there is a lot of dark red that hasn’t come in yet. Overall the counties are coming in about 12% pro Dem versus what they were in 2016, but Montana went to Trump by 20 points so I don’t think it will be enough.

I think unfortunately Quist is going to win. Looking at Little Pig’s link there is a lot of dark red that hasn’t come in yet. Overall the counties are coming in about 12% pro Dem versus what they were in 2016, but Montana went to Trump by 20 points so I don’t think it will be enough.

Quist is the Dem. Do you mean you think Gianforte will win?

Quist is the Dem. Do you mean you think Gianforte will win?

Its beginning to look like Greg “The Hammer” Gianforte is gonna take it, but I’m betting he wins by no more than 5 points. If he wins by 3 or fewer points, that’ll send some shock waves thru the Republicans. Maybe enough to force some backpedaling on healthcare reform in the Senate.

With 58% precincts reporting, Greg “The Hammer” Gianforte is leading with just over 51% of the vote. Interesting to note, there are 9 counties who have yet to report election results. Given over 300,000 voters voted early, I’m wondering if they are purposely holding back reporting.