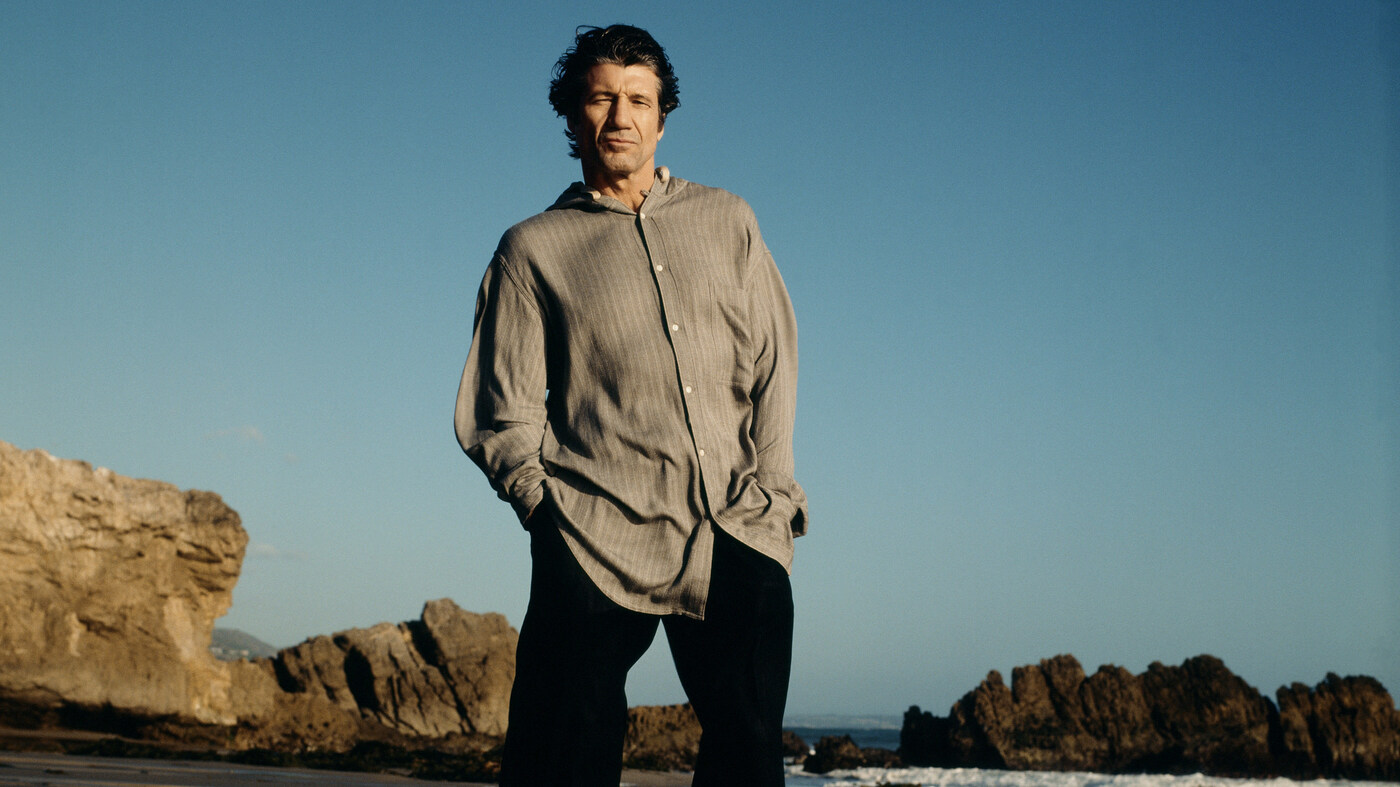 Actor Fred Ward dies. He had the right stuff in movies from 'Tremors' to 'The...

Ward died on Sunday at age 79.

I really liked him in The Right Stuff. Sad to see him go.

Awww. I guess CURE is going to need a new assassin.

Ward was an outstanding “Hey, it’s that guy” actor.

His son’s name is Django Ward, which I find wonderful.

Henry Luce: Now, I want them all to meet my people who will write their true stories, Naturally these stories will appear in Life magazine under their own bylines: For example, "by Betty Grissom", or "by Virgil I. Grisson", or... Gus Grissom: Gus!...

This is only a half joke but I was hoping Fred Ward and Jon Bernthal would do a father and son movie sometime. I guess that won’t happen.

I seem to recall Miami Blues being an interesting, weird movie. Tremors, Escape From Alcatraz and The Player are classics, though.

Remo Williams: The Adventure Begins was one of the first videos my dad ever rented from the video store. I remember watching it with him. I remember almost nothing about it, I was only like 7 at the time. All I really remember is the running on water part. I need to watch that again sometime.

Why did I think he was already dead?

Underrated actor, great in Tremors and Escape from Alcatraz. Remo Williams: The Adventure Begins was dumb fun that had nothing to do with The Destroyer other than a loose premise and some names but Ward carried it with panache. He was in a bunch of shitty movies (who remembers Chain Reaction?; a film that looks like it was assembled from better conspiracy sci-fi thrillers and brought in a name cast with basically an extended cameo by Morgan Freeman to class the joint up) but I don’t think he ever gave an insincere performance.

I seem to recall Miami Blues being an interesting, weird movie.

Not sure I ever saw him in anything but The Right Stuff and Tremors, but he was very memorable in those two.

Remo Williams: The Adventure Begins was one of the first videos my dad ever rented from the video store. I remember watching it with him. I remember almost nothing about it, I was only like 7 at the time. All I really remember is the running on water part. I need to watch that again sometime.

I don’t know that I’d call it a great movie, but it’s light years better than it could have been. It has a certain quirky cleverness to it; one of my guilty pleasures.

And The Right Stuff is my favorite movie, ever.

Agreed. I would see it as his best performance where he could play the character naturally instead of fulfilling a stereotypical role. In every performance he was distinctive, reminds me of Bogart, a worldly tough guy. Goodnight Fred, and thank you. 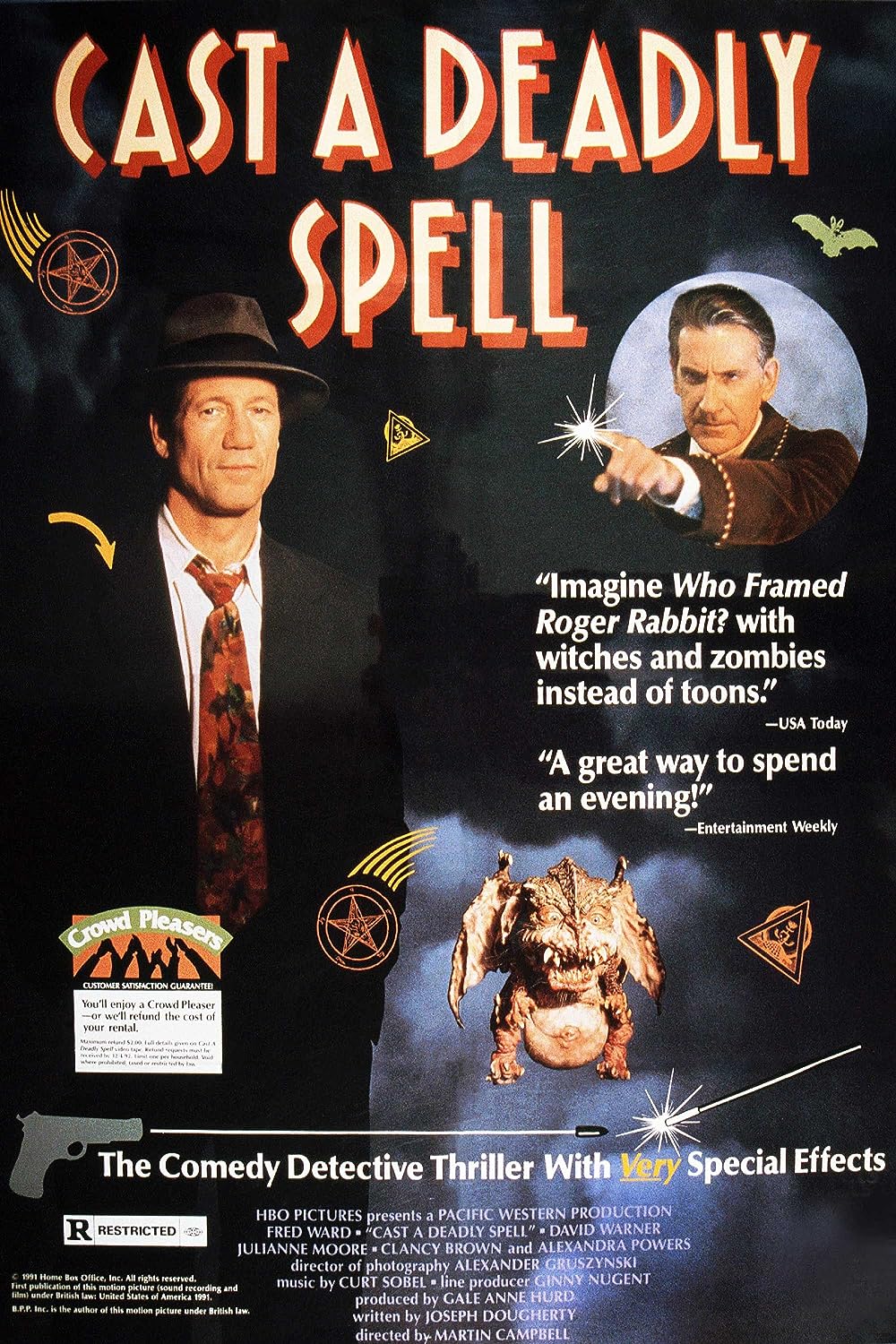 Cast a Deadly Spell: Directed by Martin Campbell. With Fred Ward, David Warner, Julianne Moore, Clancy Brown. In a fantastical 40's where magic is used by everyone, a hard-boiled detective investigates the theft of a mystical tome.

Entertaining - if not really all that good - detective/Lovecraft pastiche with Mr. Ward well-cast in the lead.

It’s been a long time since I saw him in anything. I liked him in Tremors and Uncommon Valor. He also had a line that cracked me up in a teen movie called Secret Admirer, where he played a police officer with a teenage daughter. When her date comes to her house to pick her up for prom, Ward pats his holstered gun and says " Get her pregnant and I’ll shoot your dick off." Funny what sticks with you after 30+ years.

Entertaining - if not really all that good - detective/Lovecraft pastiche with Mr. Ward well-cast in the lead.

I was a fan of that movie. Ward was really nice in it. When I later started reading the Dresden Files books, they always reminded me of that film.

I don’t think I ever disliked Ward in anything, even if he was in something that was bad.

This is the one I came here to mention. Agreed it’s not a good movie, but he’s just right for the part. I wish it had been better done. Needed a better script.

I’ve sold a lot of people on Tremors. It’s a perfect genre movie.

I’ve sold a lot of people on Tremors. It’s a perfect genre movie.

I would say that it is literally a perfect horror comedy. There is not a wasted moment or a bad performance, and although Kevin Bacon apparently hated the role and felt that it held him back, I think it is far better remembered today than anything else he did at the time except for maybe Footloose, and frankly I’d rather be remembered for a role that was intentionally comedic than one that was just accidentally so.

Yes, you’re either laughing , cringing, or hiding your eyes.

We still use the word “graboid.” A lot.