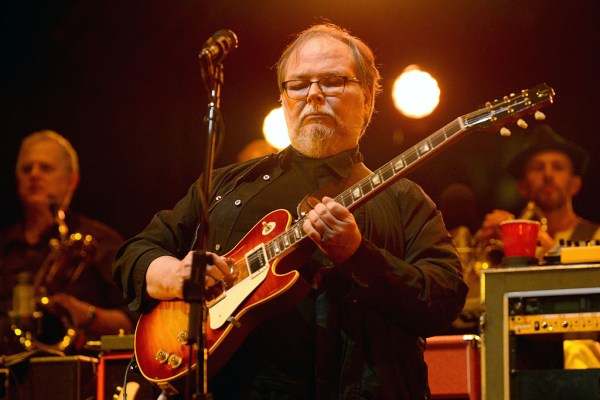 At 67 no less…the loss of a truly inventive musician.

At 67 no less…the loss of a truly inventive musician.

I’m a Dan fan. Yeah, too young and just… ugh. RIP, and thanks for all the great records.

So sad to hear.

Awww.
I know what my playlist will be today.

This is very sad news. Off to adjust today’s play list.

I saw him/them in CT a couple of months ago. Becker wasn’t mobile. But he was playing a guitar geek’s guitar, a Swedish handmade one, so his head was still in the music.

Coincidentally, I’ve been listening to Steely Dan all morning. When I saw this thread, my heart stopped for a second. It seemed like my fault somehow.

Steely Dan’s music is a wonder and has given me many fine hours. Thanks, Walter. You did good.

Side one of “Can’t Buy a Thrill” has always been one of my faves.

More ideas, more inventiveness, more melodies, more joy than anyone in that business.

Anyone who loves SD should check out the original demos of Donald and Walter. There’s about 30 songs, some later used, most not. Great stuff, bootlegged over the years many times.

That’s sad – part of the soundtrack of my youth. Kind of shocking to read that all their classic albums were released before 1980. I’d say they’ve aged pretty well.

About 25 years ago I was in a record store in Ottawa looking through some Steely Dan albums.

The clerk says to me “Hey, you like Steely Dan?”

I thought it was a cool story.
Sent from my XT1635-02 using Tapatalk

My deepest sympathy to his family and friends. They uniquely injected jazz harmonies into radio-friendly pop and their music conveys a sense of playfulness while fully embracing the darker undercurrents of human nature.

In an interview, recalling an earlier period in his career, he said something like, “I was desparately reaching out for something that probably wasn’t there.” I always liked that.

Thanks, Walter, for helping to make my world more interesting.

ETA: The Rolling Stone article includes a video on the making of Peg. Very cool. I think there’s a second part online.

I recently bought a couple Steely, “recorded version” Tab songbooks. I wanted to cover a few of their songs. Their music often uses unusual chords and runs. Steely D music is always very inventive and original. Hal Leonard publishes six guitar tab books and one Piano rift book. So that other musicians can accurately cover their stuff. That says a lot about Steely’s music.

I hope the band can continue to record and perform live without Walter.

Thank you for the wonderful music and memories Walter. RIP

I saw them several times in concert, but the best one was just last year for my birthday. The theater was an intimate 2500 seater, the sound system excellent, the energy high, the band swinging.

Outisde of the Beatles (on their own level), the Dan were my favorite group, sheer brilliance from beginning to end. Becker didn’t talk much, Fagan being much more visible. We can’t break down the contributions like we can for John and Paul. All we know is that they were a true team. From now on the group is just an homage band, like the Who. Sad, but Becker should have died in 1980; he got an entire second act, pace Fitzgerald.