Romney: If I Offended Anyone by Torturing Him, I Apologize"

Admittedly not an exact quote, but that’s the gist. 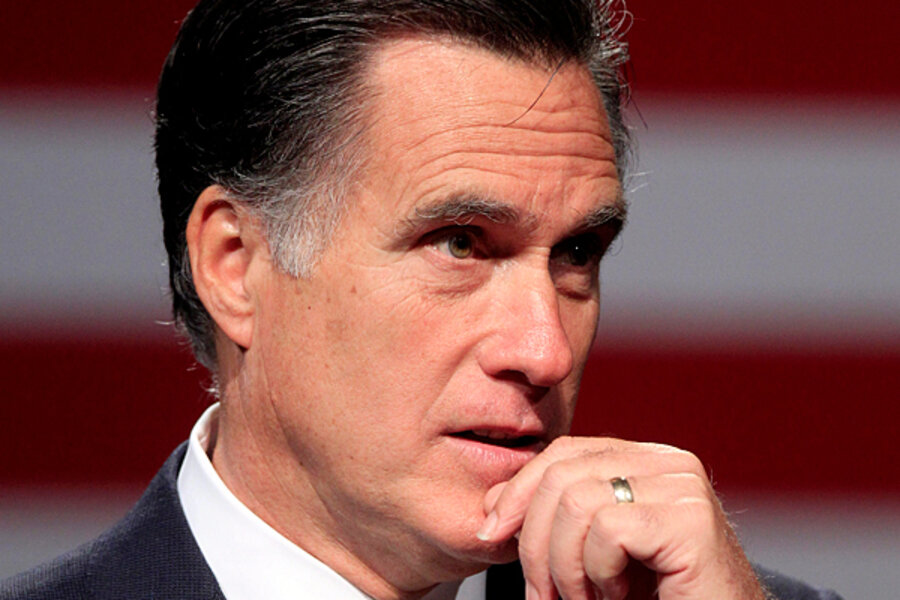 Does it matter if Mitt Romney was a bully in high school?

When Mitt Romney was a senior at suburban Detroit’s Cranbrook school, he led a 'posse' that forcibly cut the long blond hair of a nonconformist junior, according to a Washington Post report.

about Romney leading a gang of bullies to hold down a non-conformist kid, and forcibly cut his hair as he was screaming for help. Asked about it today on Fox News, Romney said he didn’t remember doing it, but would not challenge the man’s account, and added that he did lots of stupid things in high school, and if he hurt anyone, he was sorry.

Can’t wait to see how Rush spins this one. “Good to know we have a real man running for office.”

The word “if” has no place in any genuine apology. None whatsoever. Its appearance signifies a complete lack of remorse.

Oh, let’s be fair, ETF. Romney qualified the apology because he doesn’t remember the incident; you can’t expect the man to have total recall of every gay bashing he organized and captained during high school, can you?

It was a youthful indiscretion, let it go.
:rolleyes: added to denote sarcasm

On reading other accounts, I see that his response was even funnier: he doesn’t remember doing it, but he definitely remembers that he didn’t think the kid was gay. 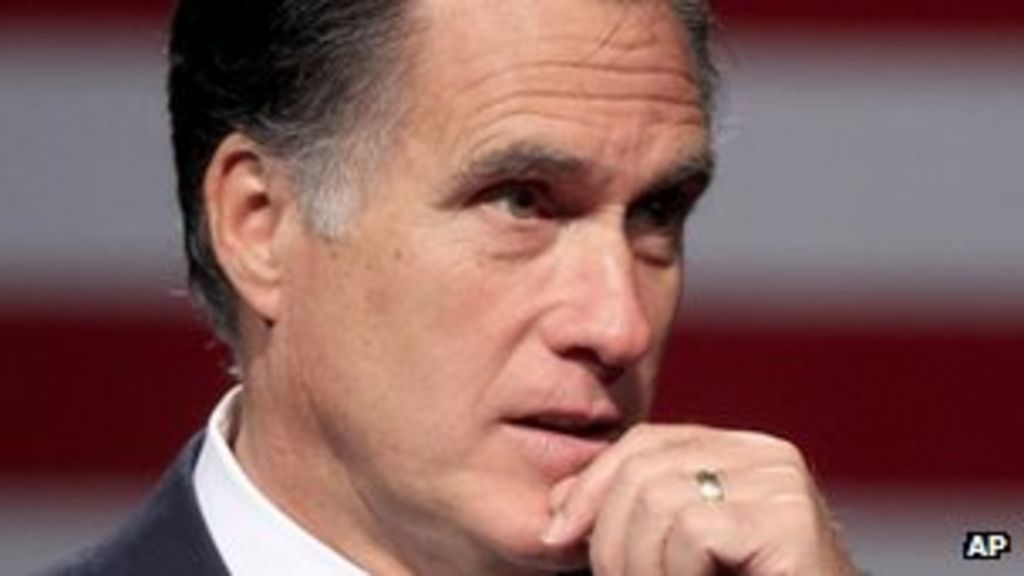 Republican presidential candidate Mitt Romney has apologised for prep school "pranks", after a report he had bullied a classmate perceived to be gay.

So it’s nice to see that he was an equal opportunity bully.

Abusing other kids who are different is wrong, but not uncharacteristic for a teenager, and societal attitudes towards gay people were very different in the 60s. I can believe that he may have matured beyond that kind of thing. His non-apology apology was pretty gutless, though.

On the other hand, he also deliberately led a mostly blind teacher into a closed door, then laughed about it. I’m not aware that there’s been any social evolution in the past 50 years on attitudes towards abusing the blind. That’s been wrong since biblical times (“Do not put a stumbling block before the blind”). Teenagers do have some sense of right and wrong. He apparently didn’t, which says to me that there’s not much of a moral center to the man.

Disclaimer: I have retinitis pigmentosa and am mostly blind. I bump into walls and doors plenty without help from budding sociopaths. I take this story very personally.

In a fit of poetic injustice, he also gave a eulogy to the school’s hairdresser.

I’d base a defence of him on how bullying is utterly unrelated to Romney’s platform, but I suppose it depends on whether it’s a state or federal issue, a primary or general campaign and how well it’s polling on any one day.

I realize Obama isn’t doing this himself, but I continue to think that focusing on crap Romney did 30 and 40 years ago has more risks for Obama than for Romney because it draws attention from Romney’s actual business and political record and implies that frivolous criticism of him is as worthy of attention as serious criticism. The guy ran a multibillion dollar venture capital firm, was the governor of Massachusetts, ran for the Senate once and president twice. Yes, scrutiny of your life comes with the territory and it’s six months until the election, but people who want Obama to win would do better to let this stuff go. Not that I think this is going to get weeks and weeks of coverage, but still.

There’s no disputing here that this is a creepy thing to do to somebody. I don’t have trouble accepting that it happened because there are four or five witnesses agreeing it did, and Romney can’t (or won’t) do more than say he doesn’t remember it but doesn’t deny it. It does suggest the existence of a real cruel streak. (And yes, the ‘I don’t remember holding him down and forcibly cutting his hair but I remember not thinking he was gay’ thing doesn’t scan very well. ) Everybody did stupid and often mean stuff in high school, but I’ll go ahead and say that no, I couldn’t have done something like this. That being said, it was also more than 45 years ago, and even being this kind of dickhead at that time does not indicate you’re still that kind of dickhead.

Interesting point: it sounds like the Washington Post was going to run this story a day earlier but held it for a day because of Obama’s announcement on same-sex marriages. That’s going to give this piece a little extra shelf life.

If I did that in high school, you bet your sweet ass I’d remember it, even when I get to be his age. You’ve got a guy who gang-harassed and bullied at least one guy, tied up his dog to the top of his car, and enjoys firing people. If people vote for the most likeable guy, he’s toast.

I realize Obama isn’t doing this himself, but I continue to think that focusing on crap Romney did 30 and 40 years ago has more risks for Obama than for Romney because it draws attention from Romney’s actual business and political record and implies that frivolous criticism of him is as worthy of attention as serious criticism.

That would be true if we had a more responsible, informed, engaged citizenry than we do. But a pretty large part of the undecideds/swayables do in fact respond on the level of, well, “frivolous criticism” - on a more emotional than intellectual level. It certainly does help Obama to have the gut-level reaction to Romney be revulsive - “He may be a nigger, but the white guy’s a real creep! Don’t care about the fags, but do you know what he did to his dog?” It works.

Meanwhile, the Obama campaign itself is doing fine by keeping Romney from shaking the Etch-A-Sketch, while making it clear every time he tries it anyway.

Well Stu White, who has “long been bothered” by the incident tells ABC that he was not there for the prank and just found out about it this year when WaPo contacted him. Something ain’t right here.

I can remember much less memorable events than that from the 60’s as if they happened yesterday. And Romney wasn’t 15 like some of his defenders in the media are trying to make it sound; he was 18 at the time of the incident.

Seems like a guy that tough would have volunteered for Vietnam.

An entitled 18-year old preppie kid picked on an outsider back in 1965.

This is not:
(a) cool
(b) shocking
© relevant to his conduct today
(d) all of the above

I’m not an Romney fan by ANY stretch of the imagination, but jesus fuck, can we stick with the issues that will have a bearing on the guy’s role as president?

Yes, very clever of Obama to cover up that story by publishing it in his own book.

Would you look at that, he remembers an incident in which he assaulted another individual due to peer pressure and feels it’s significant enough to make his memoir.

relevant to his conduct today

It may inform us of his motivations for opposing marriage equality.

Would you look at that, he remembers an incident in which he assaulted another individual due to peer pressure and feels its significant enough to make his memoir.

To be fair, Obama was a full ten years old. Romney was only 18.

In a fit of poetic injustice, he also gave a eulogy to the school’s hairdresser.

What a charming thing to say about a small child.

It’s cute how utterly pathetic the right has become.

This is not a prank. A prank is a joke, sometimes gently malicious, that you pull on a social peer or social superior.

This is an assault. Committed by Romney as an adult against someone was not being sufficiently conformist for him.

He’s lying about not remembering it, or he’s not mentally competent. And his failure to express sincere remorse makes me lose whatever respect I previously held for the man. Fuck that shit.

I’m all for the notion that kids do not always understand the consequences of their stupid actions (in contrast to the Conservative view that we should be jailing fifteen-year-olds for life without parole). But it’s not too much to ask that he remember this incident from when he was eighteen and offer a sincere apology.