Good Omens : A story about the armies of Heaven and Hell setting up to end the world and have their final battle. But meanwhile in England, those wacky Brits might mess it all up.

A reminder that Good Omens 2 is currently filming in Scotland, written by Neil Gaiman and (as Terry Pratchett is resolutely refusing to come to the Ouija board) the excellent John Finnemore.

The Tick (Amazon) : An indestructible superhero who doesn’t know who he is forces himself on a mild mannered white collar worker, to gain his help in tracking down Evil, Wherever it Lurks.

Still really angry about this cancellation (this and the Dirk Gently series on Netflix, both of which needed a third season). But the other iterations of The Tick were all about humor and they got cancelled too.

Guilt from the BBC is excellent - a darkly funny noir full of extortion, double-dealing, mistrust, betrayal, ambition and hubris among a seedy cast of chancers.

Season 2 has just dropped. Season 1 (4 episodes) came out two years ago so is probably available in the US. Very sharp dialogue, tight plotting and at least one character lovable enough to make you care (and plenty unlovable but fun to spend time with).

Still really angry about this cancellation (this and the Dirk Gently series on Netflix, both of which needed a third season).

Nitpick: Dirk Gently’s Holistic Detective Agency was a BBC America series, and they’re the ones the cancelled it (Netflix picked up the streaming rights in some markets, but it wasn’t one of their originals).

Nitpick: Dirk Gently’s Holistic Detective Agency was a BBC America series, and they’re the ones the cancelled it (Netflix picked up the streaming rights in some markets, but it wasn’t one of their originals).

Oh, right. Nonetheless, it needed one more season at the very least. Dagnabbit.

Generally a fan of the Wheeler Dealer franchise, whether it’s Edd China or Ant Anstead as mechanics, I simply could not watch the most recent Wheeler Dealer - Dream Car, variant with Marc Priestley. They got rid of all the interesting mechanical stuff and it’s just Mike Brewer’s smarmy bullshitting and trading up of cars. I hear they’re going back to the original formula but it’s not clear who the mechanic will be as neither Edd nor Ant are coming back.

If you have amazon prime…

Aw, man, I was enjoying that.

Started going through Downton Abbey. Early in the third season, I realized it was basically a remake of Fiddler on the Roof: father has to marry off his three daughters.

And one of the daughters marries a revolutionary and has to leave.

No music, though. And he’s already a rich man.

We started Ted Lasso this week, and are up to episode 7 ofmthe first season. We all love it. The show has a huge heart, and the lead character is just unrelentingly nice. In a sea of shows about nasty people and dark secrets, it is a really refreshing change. Highly recommended.

We got Apple TV+ free for 6 months with purchase of a new laptop, and started watching Ted Lasso. The free trial has run out but its worth the $5/month just to be able to keep watching – which is the highest praise I can grant a TV show.

Same here on Ted Lasso. I adore the show and all of the characters. I can’t hardly wait for the next season.

Watched the first 3 episodes of Invasion. Found it completely tedious and dull. 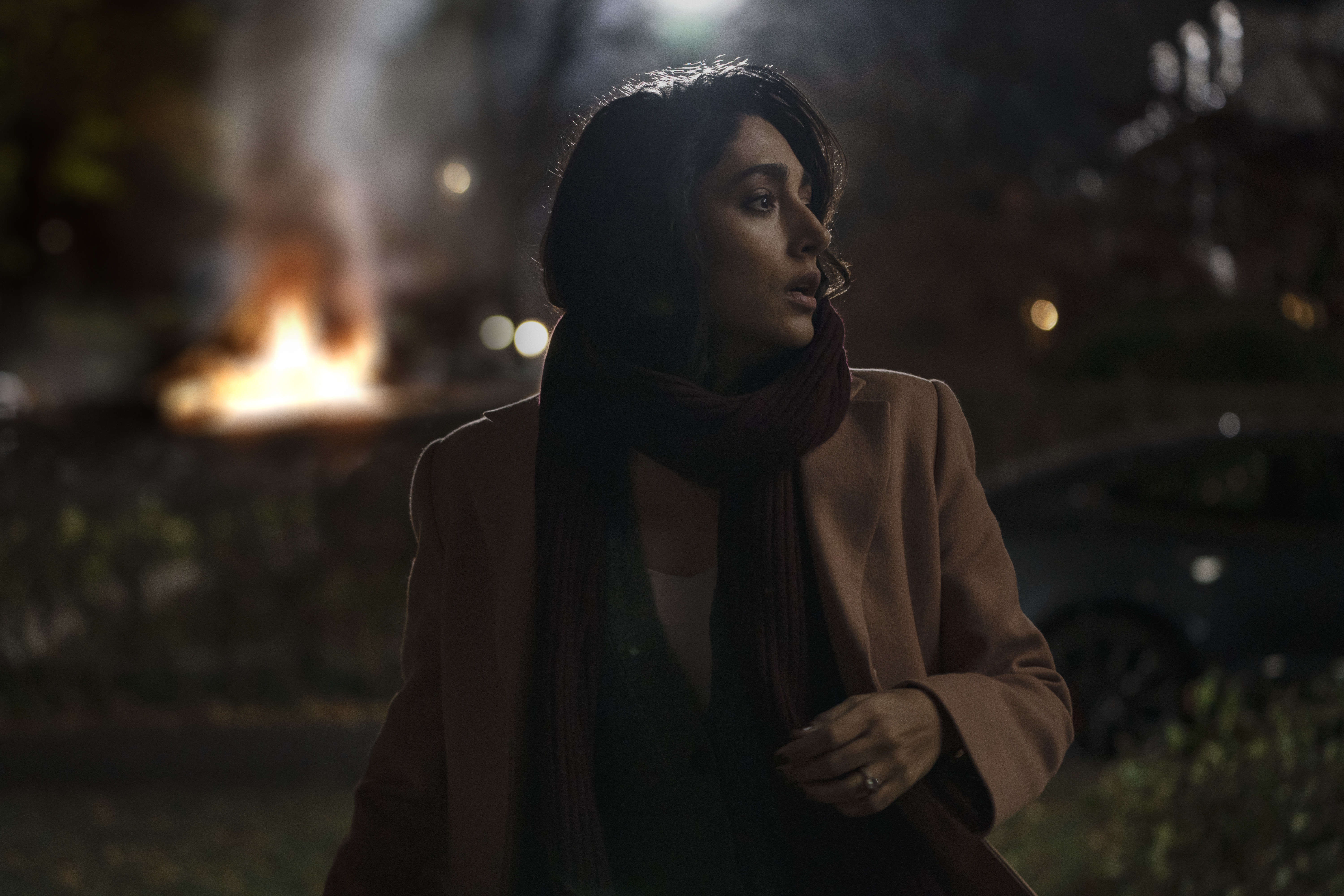 Aliens have invaded Earth! ...If you’ve watched any science fiction, you’ve probably heard that one before. The creators of Invasion, an aptly titled new series on Apple TV+, know it’s hardly the first bit of fiction to explore the possibilities of...

The Good Place, with Ted Danson - Just could not watch any more than three episodes of the technicolor bullshit, let alone 4 seasons. I don’t understand the high ratings. I suppose someone will come along to tell me to stick with it because it gets better… ?

This series may not suit you, because it does not immediately deliver it’s payload and you appear to be too impatient for that.

Other people might say it as “stick with it because it gets better”, I wouldn’t. I won’t. A certain amount is the characters too, and if you hate those, well, the improved bits are probably going to be wasted on you.

Indeed. There’s a lot of story yet to unfold that makes considerable sense of the “technicolor bullshit” but if you don’t like the style of comedy so far you’re not going to suddenly start just because the plot has developed.

Case in point: I really tried to like Modern Family . I could even see the merit in it. But it mostly just made me cringe rather than laugh so I stopped watching it.

Decided to return to it and give it one more chance. Despite my earlier impression, the show grew on me by season two. By season three it started to grind to a halt and annoy me. Now half way through season four and feel like I can make it through to the end and be glad that I stuck with it. Parts of it were quite entertaining.

Tried out The Orville.

It’s so close to being a TNG clone that, in some senses, I feel like there should be a lawsuit filed from whoever owns Star Trek but from my vantage that’s just fine if there isn’t.

There’s more focus on modern day issues in it and - one suspects, after the episodes on nicotine addiction, sex addiction, and the problems of sleeping with your employees - the problems in the life of Seth MacFarlane. There’s alse a sense that about 10% of it is influenced by Dr. Who - partly because of the humor and partly because you have a stronger sense that we’re dealing with cartoon characters who can never lose or come to harm.

That all comes with is plusses and minuses. Overall, it feels pretty equal or just slightly below TNG but, I suspect, some of that comes from rose tinted memories of the predecessor. If I watched it today, I’m not sure how well it would really stand up.

Thumbs up from me.

I think of The Orville as being akin to the TV show within Galaxy Quest.

We made it through three episodes of Season 2 of “Ted Lasso”. We’re not going to watch any more. The humor is predictable and sophomoric. The few funny bits are not enough to keep our interest.

We’ve started Dopesick on Hulu. It’s the story of Oxycontin and the Sacklers. As someone with a son who was addicted to that shit, it’s a hard watch.

We’ve started Dopesick on Hulu. It’s the story of Oxycontin and the Sacklers. As someone with a son who was addicted to that shit, it’s a hard watch.

Did you see John Oliver’s take on the Sacklers? It was brutal. If you haven’t seen it, Last Week Tonight have created their own dedicated website about it (which spoofs the Sackler’s own website).

Richard Kind plays a rather acerbic Richard Sackler on it, which is also fun.

Thanks for the link.

I’m watching Succession (HBO), all caught up with the first 2 seasons and the current season 3 … and I’m not sure why. It’s really – emperor no clothes – not very good.

The story could be written on a cocktail napkin: aging media tycoon has 4 kids, who can’t decide if they want to succeed Dad, or overthrow him. They hatch plots that go nowhere and get into scrapes that mean nothing. Mostly they ride around in private jets and big yachts and complain.

And the writing is ludicrous. The writers think that an f-bomb in every line indicates…edginess? Emotion? It is practically: “What’s the fucking weather forecast?” “There’s a 50% fucking chance of fucking rain at fucking 5:00”. I care nothing about profanity but this is just lazy and absurd.

We’re four episodes into Succession. I thought the first two episodes were pretty good, assuming they were a setup for the main plot.

Now it’s looking like it’s going to me more of the same each episode. We are close to bailing. Can someone give me a reason to keep watching? Shaky cam narratives about rich people scheming is not really my thing.