Should I get a Snell Motorcycle Helmet?

I remember back in my Motorcycle Training Course we were taught that helmets endorsed by Snell were the way to go. But I have since read an article or two that claim Snell Helmets may actually be too strong (as in, they don’t slow a head’s speed fast enough), and that DOT 's standards should be enough.

What are your thoughts on the matter? Is it worth it for Snell, or are they over-rated?

(Articles can be found here, in the “Controversy” section:
http://en.wikipedia.org/wiki/Snell )

I think the majority of full face helmets are going to be Snell anyway. I would find a helmet that fits. The big difference between the lower end models are they don’t have as good of linings, the safety is good, but the insides might come apart a bit easier. Get a good helmet, $150-200, for safety, unless you really want the fancy graphics some have.

One of the most important things to bear in mind is that no matter what crash hat you wear, it must fit closely, and be fastened up securely, or it cannot do the job of protecting you.

I recently read a comparison report earlier this year on Crash Helmets.

The article was in MCN - a UK Biking weekly .

This publication has also run a campaign to higher standards for crash helmets, in particular to equal the US Snell standard, which is better than the European standard.

In general, there are differences between Snell and ECE 22.05 standards. Snell tests involve dropping the weighted helmet on a hemispherical anvil and include a penetration test. The penetration test involves a 3kg pointed spike that is dropped on to the helmet.

Some manufacturers claim that the helmet must have a stiffer lining and shell to meet these tests and that may be incompatible with the “softness” needed for lowering of G forces and dwell time on the rider’s head.

In any case, to receive the full ACU five stars, the helmet will have to pass both the Snell and ECE 22.05 tests. We will see how this will affect motorcycle helmet safety standards in the U.S.A. The Snell Memorial Foundation is a nonprofit organization created to provide a high quality standard of safety for helmets. Founded in 1957, the foundation is named after William "Pete" Snell, a popular sports car racer who died in 1956 of head injuries he received when the racing helmet he wore failed to protect his head. A group of friends, scientists, physicians, and others joined together to create a group that would promote research and education as well as test and develop standards to impr...

The problem for manufactures is that stronger crash helmets cost more to make, and differant countries/groupings have differant standards.

Some of these manfiacturers would like to go to the lowest level possible and get just inside those standards, but this means running several differant production lines for one helmet type for those differant markets.

It must be worth it for them to do it, to make and sell the helmets at the lowest standard that a particular market will allow, or they would not do it.

The reality is that if those manufacturers could find some reason to make the US lower its standards, then they would make more money.

The highest standard is Snell, which is intended to protect riders in competition.

The only manufacture that actually makes all its crash helmets wordwide to one standard, the Snell, is Arai, all the others make them according to the market.

Arai’s take on this is simply that it doesn’t matter what nationality you are, your head will hurt just as much following a crash in Europe as having a similar one in the US.

Big name makes such as Shoei, AGV, Lazer etc do not do this.

arai motorcycle helmets are market leaders, here are some reasons why

You can compare this with other manufacturers, 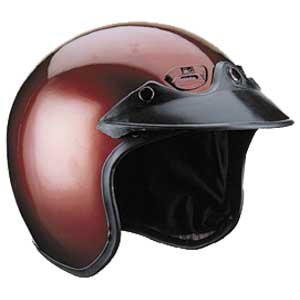 Buying cheap motorcycle helmets; a buying guide from a man who has had the...

Learn how to buy cheap motorcycle helmets with confidence, and the best places to find them on the net.All the online stores in this report have consistently beaten the competition like for like on price. Find out who they are!

Go for the Snell standard, they are the best, you do not have to buy an Arai, you can pay a lot less, but I certainly would not pay more than the cost of an Arai, just to get less protection - even if it does meet all the lower standards.

Here is an explanation of Snell standards, which is mainly that it test things that can be measured and proven and have a significant bearing on safety, whilst the other standards do address some issues that Snell does not, there is not enough reliable evidence that those issues are either significant, or are differant enough from the overall standard to be worth addressing seperately.

Here is a long article that explains the issues, though it does give Snell something of a hard time - Snell then responds.

The crucial thing in the findings is that no matter which helmet, they all exceed the upper impact limits, and all have lower impact transfer levels (which is a good thing) than the actual design standard used in manufacture.

Well, my husband got creamed by a truck and the Snell helmet he had on probably saved his life. It sure worked fine for him!