Should you give your baby a unique name?

Based on this Atlantic article, wondering if it is better to give your child a name which is common and accepted, or unique and will cause them to standout, with the good and bad that entails? 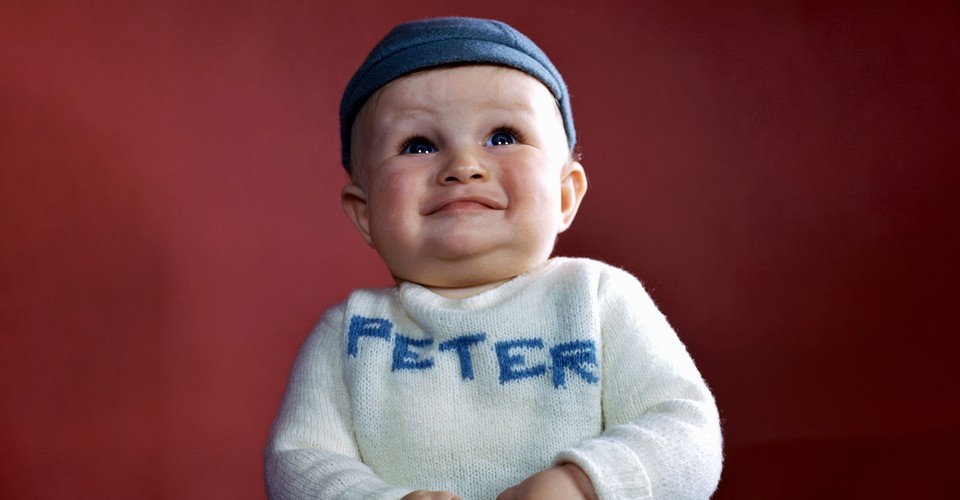 The Age of the Unique Baby Name

Parents used to want kids to fit in. Now they want them to stand out.

Brief excerpts. From the article:

“In 1880, the percentage of babies who got a top-10 most popular name was in the neighborhood of 32 percent, according to [Laura Wittenberg’s, from website Namerology] calculations. In 1950, it was about 28 percent. And in 2020, it had fallen to an all-time low of 7 percent. “We are deep in an era of naming individuality, where parents assume that having a [name] sound distinctive and unique is a virtue,” Wattenberg said.”

“Of course, some names from earlier eras did stand out. [Puritan names] like Patience, Temperance, and Standfast had explicit moral heft. Immigrants injected some variety by using names from their home countries, but also sometimes opted for (or felt pressured to pick) whiter-sounding names in hopes of fitting in. And there was some charming regional diversity. Early-20th-century Oklahoma produced names like Ovonual and Odelene. [In southern Appalachia there were kids named Meek, Bent, Wild, Whetstone, Speed, and Anvil.”

“ Today, you excel not by fitting in, but by standing out. “Parents are thinking about naming kids more like how companies think about naming products, which is a kind of competitive marketplace where you need to be able to get attention to succeed,” Wattenberg told me. And whether or not parents nowadays choose a name with an eye toward its Google-ability, search engines and social media have certainly changed the way they think about the value (or the downsides) of having a name that is different from that of other internet users.
All of this has brought us to an era of exceptionally varied names. Which, in a way, represents its own kind of conformity: Trying not to be like everyone else makes you just like everyone else.”

My own opinion is that names should be easy to pronounce and easy to spell. If they’re not easy to spell, e.g., Niamh, then they should follow the traditional spelling so that someone looking for the spelling has some kind of authoritative source other than some hipster parent’s unique version.

There’s someone at work called Thywillbedone. I think that is an incredibly cruel thing to do to a child.

Edit: I don’t know Thywillbedone, he may have had a perfectly good childhood, but I think his parents did him no favours at all by giving him that name.

There’s someone at work called Thywillbedone. I think that is an incredibly cruel thing to do to a child.

Edit: I don’t know Thywillbedone, he may have had a perfectly good childhood, but I think his parents did him no favours at all by giving him that name.

Unless it was a “closed community”, I’m sure his life was a living hell.

Of course, some other parents probably came up with Thinewillebedoyne.

Just think how it must have been for his little brother, Thosewhotrespassagainstus.

I think it best to find the proper balance between Michael and Thywillbedone.

And, if you’re going to name (or pronounce) your child’s name something out of the ordinary, be prepared for puzzlement if not ridicule. It comes with the territory.

I know a child whose name is Jonathon, but his name is pronounced as if it were spelled Joe Nathan. And pity the fool who calls him the usual pronunciation of Jonathon in front of his mother.

This puzzles me. I enjoy language and believe I am better than average at pronouncing names - so much so dozens of folks have told me I was one of the few who pronounced their name correctly.

But if you are called Featheringstonehaugh or Siobhan, and someone mispronounces your name; why the anger? This confuses me. It always has. 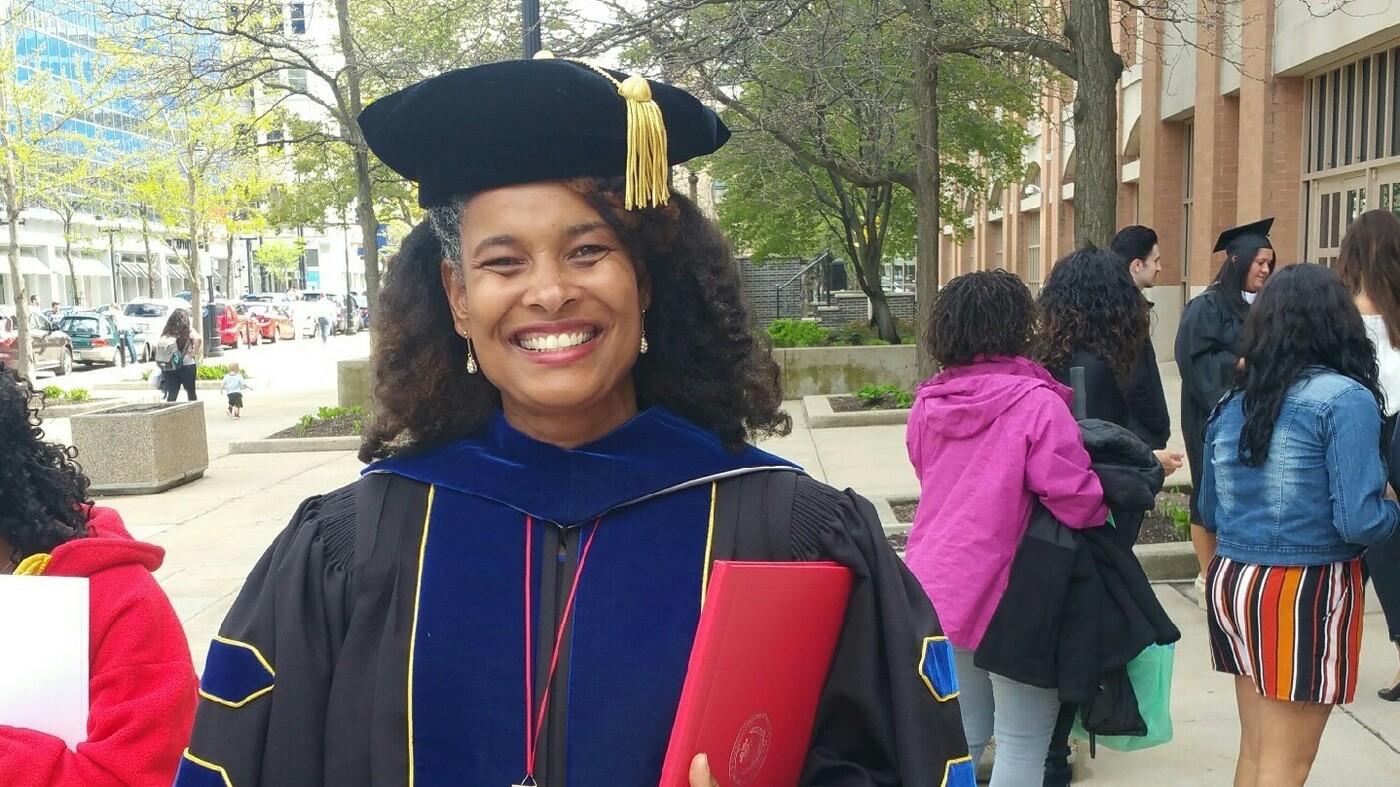 Long ridiculed for her unusual name, Marijuana Pepsi Vandyck recently turned her hardship into success. After studying perceptions around "black names" in white classrooms, she completed her Ph.D.

…but I’m thinking she’s more the exception than the rule.

My parents gave me a name that everyone’s heard of but that was very unusual in my generation (more common in my grandparents’ generation). I got teased and started going by a nickname I still use. I’m grateful they were cool about that.

It’s kind of crazy that we name people when they don’t even exist yet. Whatever you choose, you should be prepared for it not to fit, and for the person who has to live with it to exchange it for something else.

My preference is for a name that people find easy to pronounce and spell, so that, for example, you don’t have to spell it out for the Starbucks barista.

Marijuana made me happy already. And did not have to change her name.

A comedian used to tell the baristas that his name was Thor, God of Thunder. Said he made them write that on the cup. Refused to answer if they only called out Thor. I’m sure. Another comedian preferred the name Yahtzee. Do most baristas have any clue what that is?

For decades - since long before the internet - there has been a magazine writer/journalist in the Boston area named Mopsy Strange Kennedy. Back in the 1980s I remember thinking that it was kind of a cool name for a writer to have, since it is easy to remember and pronounce but almost certainly completely unique. (I have no idea if “Strange” is pronounced as in “stranger” or as in “Strangways” from Dr. No.)

Of course, you don’t know when your baby is born whether they’ll grow up to be a writer.

My son goes by Mars. It’s not his legal name, but a variation on his middle name. He loves it: when he changed schools a year ago, I suggested reverting to his “normal” name. He was emphatically opposed. It is easy to say and and easy to spell, but it’s absolutely weird, but it’s never been a problem, or made him a target of teasing.

I don’t think “weird” names register like they used to. Classrooms are super diverse, so even names that are “normal” to the parents who picked them (Jayesh, Noe, Dimitri) seem exotic to others. There’s not 3 kids in my son’s class who have a name that would have seemed “normal” in my own childhood.

One of my kids has an extremely rare (in the US) name, but with an extremely common nickname. We figured that kid can choose to stay with the nickname or go for the standout name later in life.

The other kid is named an old fashioned but familiar name that’s on the rarer side, but has picked up in popularity since we named them. They have a very rare for the US middle name.

I hope we’ve given them good options, and if not, I would support a legal name change at an appropriate age, if either of them wanted that.

My only issue with unique name is the curse of always having to spell and/or pronounce it. I grew up with a very uncommon last name, my dad had a rare name, and we lived on an equally uniquely-named street. Tedious, it was…

As someone with a ridiculously common first name, the naming rules I imposed for our children were:

2/ common enough that they wouldn’t have to spell it every damn time.

There are a great many first names out there that are not fashionable at the moment and/or never were (so fulfilling 1/) but which are nonetheless well known enough that people won’t have trouble recognising or spelling them (so fulfilling 2/). Books or lists of children’s names are useful in this respect.

I don’t think you need to go completely unique and I think doing so is just making your child’s life difficult for no really good reason. Giving your child a common name with a weird spelling is silly in my view because it gives them the worst of both worlds - they have a common name but still have to spell it every damn time.

Another strategy I’ve seen which works OK is to give your child a name that is not a conventional person’s name, but is a relatively common word, so that it is memorable and easy to spell and relatively unique (as a name, if not a word). So if you call your kid “Mouse”, then you can pretty much guarantee they will be the only Mouse in their community, but it’s easy to spell and remember (I’m not suggesting “Mouse” is actually a good choice!).

So that’s my opinion.

Personally, I wouldn’t give a child a name he or she would have to pronounce or spell for any new person he/she meets.
Do what you like, but write it down and look it up in a dictionary before you pin it on a child. The two that come to mind are Maleria (she said it was Mallory) and Chimera ( pronounced sha-MARE-uh).

Are we using the word “unique” here in the strict sense of one-of-a-kind, or just as a synonym for “unusual”?

Don’t give your son the middle name Wayne. A disproportionate number of them have been criminals. That said, I love Penn Jillettes daughter’s name, Moxie.

2/ common enough that they wouldn’t have to spell it every damn time.

Yeah, I agree with this, and it’s more or less the formula I used to help name our kids. Unique, but not … annoyingly so?