Snake on a plane! For real! 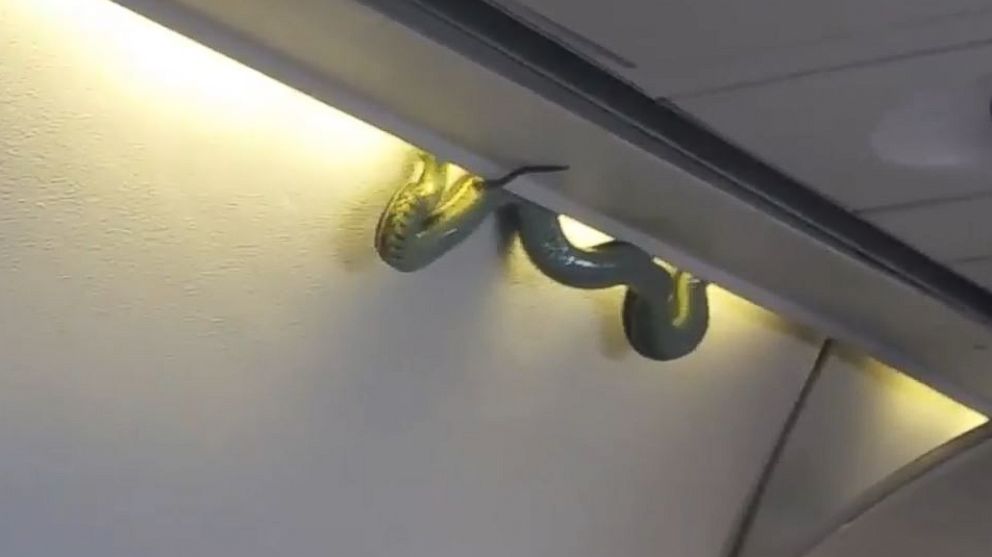 A passenger captured video of the snake slithering on the ceiling.

That’s a flight I would not have wanted to be on.

Why did it have to be a snake?

It didn’t say what kind of snake. I wonder if it was venomous? That would certainly throw a scare into me.

TV news, ABC, said it was a green viper, quite venomous.

I can’t bring my nail clippers, but someone gets to pack that into a carry on?:mad:

I heard it not sure how the snake got on the plane but I was thinking someone could had put in it their carry one and it got out . But wouldn’t it had showed up in the xray ?

Why did it have to be a snake?

Because it HAD TO be a snake!

Because it HAD TO be a snake!

Maybe his name was Reggie.