So Will Smith punched Chris Rock at the Oscars last night

Speaking as a female - women put a large part of their self in their appearance - speaking as a female cancer patient of 6 years - when women lose their hair, they have a serious self image hit, they seem to have a lot invested in their hair [their ‘crowning glory’] and any variance from a healthy well groomed head of hair is seemed as diminished femininity. I was counseled to get a wig that matched my hair so people wouldn’t notice I was losing or had lost my hair.

It was not ‘fine’ that Rock slammed on her lack or loss of hair, if you must pick on her, pick on her choice of dress, or too much eyeshadow. If and that is a big if she shaved her head, that could be a style thing [I have had my hair everywhere from knee length to shaven voluntarily in my life, currently I wear a mohawk of about 4 inches.] but if you don’t know it is a style thing [to me, it looks like she is losing her hair, not shaving it for style - to me that means chemo, illness or trichotrillomania [a mental illness] and something you should not make fun of.

Now Will should not have punched the guy out, but if his wife had stormed the stage and bitchslapped him telling him that cancer/whatever is not a fucking joke, I would be just fine with that. That being said, I am willing to more or less give Will a pass on that and have Rock deal with it as a learning experience to watch his mouth about trashing on a woman that may be going through a serious health issue.

[and for the record, my husband has allopecia, the extreme version. He comments he really misses his nose hairs.]

Yes. Or if it had been for a film like as Demi Moore did . But Rock knew it was alopecia. She’s been pretty public about it. And I’ve seen people saying “Well she made it public so she should have expected it.” Nope.

As I said on Twitter to those defending Smith because Rock was over the line … Over the line? If this behavior was considered ok, Ricky Gervais would have been straight up murdered on live TeeVee.

Rock made a joke. Smith committed a crime.

Look, I like Will Smith. I think he’s a great actor. But I’d be fine if his career was over because of this bullshit.

There have been lots of really offensive, over-the-line jokes at the Oscars. Was this one the worst? If so, barely. What Will did was pretty inexcusable, plus Jada can defend herself.

His wife suffers from Alopecia Areata, an autoimmune condition that causes rapid hair loss in the scalp, eyebrows, and even eyelashes. This condition causes great emotional pain for women, especially Black women because of the importance of hair in their culture. Joking about that is like joking about a person’s disabilities. It’s a line that shouldn’t be crossed.

It may have happened because those two have had an acrimonious relationship for years now stemming from Jada’s 2016 boycott of the Academy Awards. Chris Rock’s comment on stage: “Jada went mad,” he began. “Jada says she’s not coming. Protesting.” Then he quipped, “Jada boycotting the Oscars is like me boycotting Rihanna’s panties. I wasn’t invited!”

What amazes me is that Chris Rock was involved in the documentary, Good Hair . He understands the emotional dynamic involved here.

I’m certainly not condoning the actions of Will Smith. He could, in fact, be rightfully arrested for it.

I mean, until recently the Academy was fully enabling Harvey Weinstein to prey on pretty young talent without batting an eyelid. The movie entertainment business is well known for rewarding and enabling powerful people with abusive demeanors.

I don’t think this case of alpha male, physically slapping and threatening the Oscar host is the thing that will get them to act. Despite it being the most public.

For what it’s worth, here are some previous award show zingers: 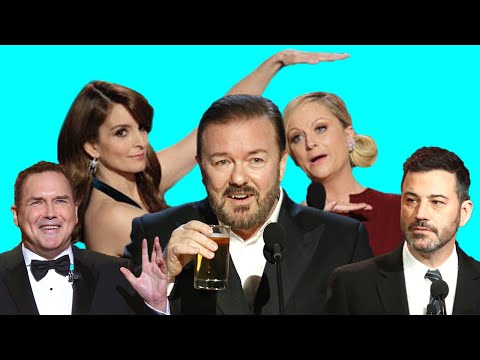 Ricky Gervais would have been straight up murdered on live TeeVee.

And I’d be fine with that too, but that’s just because I don’t like him or his “jokes.”

I did not know Jada has alopecia and I thought she looked great. Did Chris know she has alopecia?

Not that it matters for how I feel about the whole hitting thing anyway.

Smith looked weak. If a single sentences can make you start swinging, if someone can mentally and physically own you with a few words to make you commit public assault, you are one frail person. I’m not saying that there’s never a line but that sure wasn’t it to make someone turn into a physically violent asshole. Not that he’ll ever know or care if it’ll make any difference but I lost respect for Smith, who seemed like a decent guy but is apparently someone ready to swing without even a “You better watch it”.

Rock’s joke was tasteless and lame but it was ultimately just a few words. If one of my children was driven to immediate physical violence over a few words, be it defending one another or us or whoever, I’d see that as a real failing on my part to raise strong men.

Look, I like Will Smith. I think he’s a great actor. But I’d be fine if his career was over because of this bullshit.

I think his career WAS over before this, due to film choices, and he’s now staged a comeback. I don’t think he has the career strength to survive this one.

Will Smith is and will continue to be a bankable star, but with less good natured “Tom Hanks daddy” vibes.

…or maybe more, it depends if one imagines a “daddy” to be a little bit threatening and abusive.

You are funnier than Chris Rock.

Friend of mine with alopecia said that if she’d been Jada, she’d’ve wanted to go punch Chris Rock herself, but that her best self would’ve stood up and chewed him out and asked for jokes about disabilities, bodies, and appearances to be off-limits going forward.

She also said that if he had to makea joke about a woman with alopecia, the GI Jane one is the single laziest joke to make: every asshole who wants to crack on her appearance makes that same joke.

Will Smith should’ve handled it better, no doubt, but I’m hoping Chris Rock takes it as a learning experience about how to make better jokes. I don’t care if the Oscars have a tradition of making shitty jokes, he can be part of changing that tradition.

Will Smith is and will continue to be a bankable star, but with less good natured “Tom Hanks daddy” vibes.

I wouldn’t use the term “bankable” for him, perhaps the blip of the Bad Boys made some money, but he’s been making duds for years, Gemini Man, Bright, Suicide Squad, After Earth, I’d say it’s been 14 years since his last actual “good” movie, Hancock, and he’s more of a liability for a movie, with people going to see it despite him, rather than because of him.

I’ve seen a lot of guys hit guys for talking shit, but every single time the shit-talker was someone smaller than the hitter.

The LAPD say they are declining to investigate because Chris Rock won’t file a police report.

Frankly I don’t blame them for not investigating unless Chris Rock was willing to file charges and file a written statement unequivocally stating the incident was NOT staged and he was actually assaulted by Will Smith.

Otherwise they are going to be fighting an uphill battle proving that Will Smith committed a criminal act.

Rock shouldn’t have made the joke.

I’m guessing the Oscar experiment of having the major nominees sit 10-20 feet away at the same level as the stage won’t be happening again.

Can you imagine Smith getting up from the third row, climbing up the steps to the stage, all to physically confront the presenter in a typical awards show setup?