Proof of this comes from North Carolina. Prepare to have your socks knocked off; I predict he won’t last very long in Congress.

David Madison Cawthorn (born August 1, 1995) is an American politician. A member of the Republican Party, Cawthorn is the U.S. Representative-elect for North Carolina's 11th congressional district after winning the 2020 election. The district includes most of Western North Carolina. He will be the youngest member of Congress since William C. C. Claiborne was elected in 1797. Cawthorn was born on August 1, 1995, in Asheville, North Carolina to Priscilla and Roger Cawthorn. He was home-schooled...

I predict he won’t last very long in Congress.

Well, it’ll be at least ten years before the Republicans can run him as President.

Per Wikipedia, Cawthorn dropped out of college after attending one semester (and getting mostly Ds). Meanwhile, his opponent in the congressional race is (was?) “an American retired U.S. Air Force colonel, attorney, educator, politician, and former administrative law judge.”

And Cawthorn visited Hitler’s bunker in Germany on vacation, saying it was on his “bucket list.”

NEW Stupid Republican Idea of the Day The BBQ Pit

Not really a stupid Republican idea. Since there was no Republican candidate for the postiion of sheriff of Cheshire County, New Hampshire, trans activist Aria DeMezzo ran in the primary, and won with no opposition. She now faces the incumbent Democrat. She’s running on a platform to end the war on drugs and not arrest people for victimless crimes. 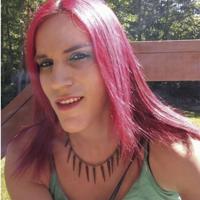 So, what’s next for trans satanic anarchist who lost her bid for Cheshire...

KEENE — Maybe 2020 wasn’t meant to be the year of the “trans-woman anarchist who is also founder of a satanic church” at the ballot box, but Keene’s Aria DiMezzo

I stopped watching this You Tuber quite a while back, but sure enough, he had something to say about it. 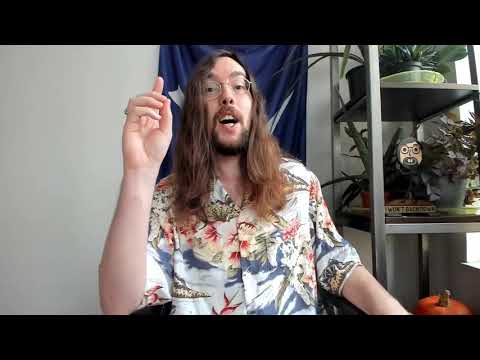 Per Wikipedia, Cawthorn dropped out of college after attending one semester (and getting mostly Ds). Meanwhile, his opponent in the congressional race is (was?) “an American retired U.S. Air Force colonel, attorney, educator, politician, and former administrative law judge.”

And Cawthorn visited Hitler’s bunker in Germany on vacation, saying it was on his “bucket list.”

He was also accused of a number of sex crimes. And he called a reporter a “traitor to his race” because he was investigating Cawthorn and therefore was working “for non-white males, like Cory Booker, who aims to ruin white males running for office.”

But the positive side of his character is illustrated by the fact that he wasn’t the driver in the drunk driving accident during spring break that put him in a wheelchair. Although he did file a thirty million dollar lawsuit for his injuries.

The article I found said he was a passenger when his friend, the driver, fell asleep at the wheel. So perhaps not a drunk driving accident. In any case, the insurance company offered him three million (the policy limit) but he chose to sue for thirty million and lost. (Which I think means he didn’t even get the three million.)

(I think my policy limit is only a million but now I’m wondering if I should raise that.)

I foresee a resplendent future for him in the Republican Party as we currently understand it.

His fiancé has a very impressive musculature. I suppose she’s in training to keep her name from being dragged through the mud.

I stopped watching this You Tuber quite a while back, but sure enough, he had something to say about it.

That’s really nice that some random guy had something to say about it. Can you tell us what he had to say? One shouldn’t have to watch a video to find out. Posting a link to a video is not a very compelling contribution. It’s on you to use your words, not somebody else’s pictures.

Cawthorn has been brought up in several recent threads:

“Run Forest Run” is one of the dumber campaign slogans I’ve ever encountered. Meanwhile, Madison Cawthorn, the candidate for my district, is very likely to win, even though he’s been publicly disavowed by over 150 of his fellow students at a conservative Christian college, because he was sexually aggressive (possibly criminally so), and a complete fraud. Goddamn, rural WNC!

I think you’re missing a “not” in there. But I see what you’re getting at and I’m glad you responded. As fellow Canadians with more than a mere passing interest in American elections, perhaps we can show these people how to achieve comity to become a kinder nation, like Canada.

So the left stops calling the right “garbage”. What advice shall we give the right given this recent instance?: I’m not using this as gotcha. I’m using this to illustrate that neutral ground is hard to fin…

NEW Stupid Republican Idea of the Day The BBQ Pit

Up and coming young Republican candidate Madison Cawthorn made a speech at the convention where he said, “George Washington was 21 when he received his first military commission. Abe Lincoln — 22 when he first ran for office. And my personal favorite, James Madison was just 25 years old when he signed the Declaration of Independence.”. Wahshington was 20. Lincoln was 23. Madison didn’t sign the Declaration of Independence. Cawthorn also had to remove a photo from his social media of his visi…

So, an interesting experience today: I was working the polls with my teacher endorsement cards, and next to me were two college classmates of our Republican Congressional candidate, passing out flyers against him. Madison Cawthorn went to a small, conservative Christian college for a semester, where he was loathed. One of his classmates told me that her friend was sexually assaulted by Cawthorn in his truck, and that in a history class, he declared, “If I had been a slave-owner and my slaves ha…

I was pretty sure he was going to win, but it’s still appalling. The only silver lining I can find is that he’s the best possible candidate for finally turning this district blue in 2022. At the risk of prophecying, I’m not convinced he’s the sort of fine, upstanding fellow who’s going to resist temptation once he gets to Washington. I’ll put even odds on his being under federal investigation or indictment by September 2022.

Personally, I hope the accident made him irreparably impotent, mainly because it would make it nearly impossible for him to reproduce.

I still can’t get over that name. He’s a cartoon villain.

Oh God, I remember that insufferable windbag. Have now idea how I stumbled upon him but he was some alt-right commentator who kept popping up in suggested videos.