Speeding up the Vaccine Shots

Many years ago when I was in the Army they vaccinated us with a pressurized tank with about a gallon of the vaccine and a small compressor. There were no tiny bottles or syringes involved. It was injected under very high pressure into your arm. Hundreds could be done in an hour with only 1 or 2 operators and probably much cheaper than the normal method. My question is does anyone know why they don’t do this now with the Covid vaccine?

There’s a general problem with jet injectors - contamination. A lot of research has gone into it, but it’s never really been solved. If you use the same jet injector for multiple people, it’s virtually impossible to eliminate cross-contamination, even with disposable caps and barriers. Retrograde flow can suck blood and tissue back up into the injector itself. It also creates more of a wound than a needle, which increases the chance of the wound becoming infected, and much greater chance of driving material on the surface of the skin into the bloodstream, which can be really bad. It also creates spray from the injection site, which creates a cross-contamination risk.

The Army hasn’t used this technology since 1997 because of the infection risks.

In this case, it’s also a bit of a solution in search of a problem. The main issues with mass vaccinations for COVID really don’t have much to do with the amount of time it takes to physically perform the inoculation. The bottlenecks around manufacture, transport, distribution, and on-site storage are much more important bottlenecks. If you’ve only got 100 doses on hand for 1,000 hospital employees, or if you lack an ultra-cold freezer for the Pfizer vaccine, being able to ram vaccinations through more quickly doesn’t actually help you.

It was injected under very high pressure into your arm. Hundreds could be done in an hour

Ah the memories of childhood in 1966. Everyone in the first grade lined up to take their shots and was freaked out when they saw and instrument that looked like a hand drill with a pint size glass bottle on top. Kids were crying just at the sight of those things.

I understood the OP’s description very clearly, and (thanks to gdave telling me its name) the Wikipedia article on jet injectors confirms my memory that this is how they distributed the swine flu vaccine. I was pretty freaked out by the lack of any needle, but was pleasantly surprised at how painless it was,

I can remember me and my classmates lined up for some sort of injection using those airject thingies. When they weren’t properly positioned on the arm, they ripped a nice, bloody hole into the skin, which I and probably half the class walked away with.

I’m old now, and I want a needle injection given by someone who practiced on oranges, dammit!

As it happens, we have a category just for coronavirus-related topics. I’ll move this over to the Quarantine Zone for you.

I had my flu shot back in October. It took substantially longer to complete the paperwork than it did to swab my shoulder, peel the syringe from the wrapper, and inject it into my arm. I think good workflow and people management would speed things up more.

It sounds like a job for Disney, no sarcasm intended.

Ah the memories of childhood in 1966. Everyone in the first grade lined up to take their shots and was freaked out when they saw and instrument that looked like a hand drill with a pint size glass bottle on top.

I was probably about the same age to receive a jet injection for swine flu in the 70s. I thought it looked like a phaser gun from Star Trek. I remember waiting in a very long line, the phaser, and then some blood.

It sounds like a job for Disney, no sarcasm intended.

I laughed out loud at this because I know exactly what you mean. I went to Disneyland once on New Year’s Eve, the most crowded day of the year. The park was so full I was pretty much touching at least one other person the whole day. Yet I still made it onto all the good rides except Indiana Jones, plus several mediocre rides, and had time to sneak out to my car in the middle of the day for a drink before hitting up the Tiki Room. If they ever overthrow the US government, I’ll probably be OK with that.

If only the vaccine could take effect immediately, Disney World and Epcot could probably vaccinate a quarter million people per day just being positioned at the ride lines.

The bottlenecks around manufacture, transport, distribution, and on-site storage are much more important bottlenecks.

I heard an expert being interviewed about the vaccines the other night, and he mentioned people routinely being required to hand around long enough to ensure that they were not developing an allergic reaction. I assume this would only be for people with a history of reactions, but it was unclear. That could also be a delay that a faster injection method doesn’t fix.

Here’s the jet injector’s Wiki page. It does sound like a variation of it is still used in some areas. 1.19th century: Workmen in France had accidental jet injections with high-powered grease guns | 2.December 18, 1866: Jules-Auguste Béclard presented Dr. Jean Sales-Girons invention, Appareil pour l'aquapuncture to l'Académie Impériale de Médecine in Paris. This is the earliest documented jet injector to administer water or medicine under enough pressure to penetrate the skin without the use of a needle. | 3.1920s: Diesel engines began to be made in large quantities: thus the start of se

I recently saw a film on C-SPAN about smallpox vaccination in Tonga, which was administered that way, and the Wiki page even said that insulin has been given via jet, which sounds to me like it would be awfully inaccurate. 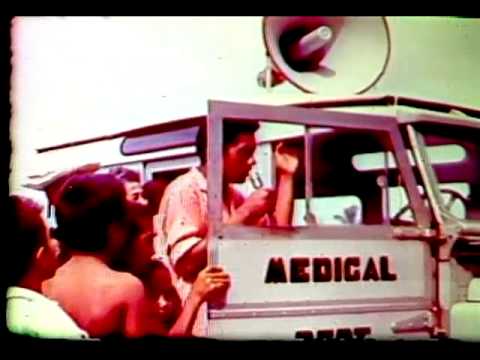 The one time I remember the health department coming to the school to give vaccines, they did use the gun, and I was one of maybe 5 or so people in the class whose parents didn’t sign the permission slip to go stand in line. IIRC, I’d either had the vax, or the disease itself so I didn’t need it.

(More recently, one of my IRL friends posted on Facebook that her then 8-year-old daughter brought home a permission slip to get a flu shot at school, and she said, “I want you and Daddy to both NOT sign it.” Nope, she got that shot.)

Every shot I remember they wanted me to wait as well and I have no allergies besides hayfever - which I didn’t mention to them. Last was Tetanus about 4 months ago.

They’re recommending that people wait 15 minutes before leaving, and 30 minutes would be better, in the event of a reaction.

I just read a bit, and they are also saying it should be given in a setting that can provide rescussitation and epinephrine shots. So, the tents/car washes/parking garages ideas that have been floated seem pretty unlikely. The vaccine rollout will be slower than a lot of people have hoped.

All of the articles point out that it is an extremely rare reaction, but of course it is also very serious if you don’t get proper treatment right away.

I heard an expert being interviewed about the vaccines the other night, and he mentioned people routinely being required to hand around long enough to ensure that they were not developing an allergic reaction.

Rare for vaccines cultivated in eggs or horses, and expected to be even more rare for mRNA vaccines (produced by a cell-free process). But standard procedure.

Two people in the UK went into anaphylaxis after receiving the Phizer vaccine in the rollout there. (Not study participants). They had to receive emergency treatment, and they recovered. It’s not known what component they reacted to.

Every shot I remember they wanted me to wait as well and I have no allergies besides hayfever - which I didn’t mention to them. Last was Tetanus about 4 months ago.

That’s odd, is it just a quirk of your doctor’s office? I’ve never had to wait around after getting a shot. My daughter just had a flu shot at Walgreens and wasn’t asked to hang out.
I get allergy shots every month and they do ask you to wait around for 15 or 20 minutes when you first start getting them (and then check your arms for any reactions) before you leave. But once you’ve been doing it for a while, they don’t have any problems with you leaving. I’m usually in and out of that office in 5 minutes.

They’re recommending that people wait 15 minutes before leaving, and 30 minutes would be better, in the event of a reaction.

I feel like this is probably because of the few reactions they had in the UK. If they do ask people to wait around, it wouldn’t surprise me if they relax that rule once we’ve gone a week or two or a month without any problems.

I just read a bit, and they are also saying it should be given in a setting that can provide rescussitation and epinephrine shots. So, the tents/car washes/parking garages ideas that have been floated seem pretty unlikely

ISTM, if they can bring hundreds of doses into a car wash, they could have a few vials of epi (or even some epipens) on hand. Train people what to watch for and if there’s a reaction call the on-site doctor. If they’re doing this without doctors, a simple protocol could be to train them to give a shot of epi and call 911 for further instructions. Maybe instead of doctors, they could get some EMTs to help out.

I don’t know. The tetanus shot was at an emergency walkin clinic and my last flu shot was at a pharmacy. They both asked me to wait after. I’m one of “those guys” and don’t have a regular doctor.

Odd. I wonder if that’s some local/regional protocol or something you said or they read in your record of maybe even the specific brand of shot you received required them to have you wait.

In any case, so far as I know, that’s not the norm.