Speeding up the Vaccine Shots

That’s always been the norm for me. They’re not insistent, but I’ve always been told they advise waiting for 10-15 minutes before leaving.

Whenever I get a flu shot I am told to wait 15 minutes before leaving. This year it was given by appointment at my pharmacy, but generally it is given in a big auditorium with many tables. First you get a number, then register and fill out a form, then move to the injection area and get the shot, then to the exit area to wait 15 minutes.

When I worked for the Large Corporation where they were giving simple yearly flu shots, they wanted us to wait before returning to work. They handed out apples and wanted us to sit and eat them before leaving. Do we have enough apples for everyone?

Ask the Mayo Clinic: Whatever happened to 'jet injectors?'

Of particular concern were viruses transmitted by blood, such as human immunodeficiency...

I’ve worked with a number of veterans who attribute their community acquisition of HCV to this tech. They’re people who freely describe other risk behaviors that wouldn’t lead to HCV.

Everyone gets a section of corn on the cob. Those damn subsidies are about to pay off!

they are also saying it should be given in a setting that can provide rescussitation and epinephrine shots. So, the tents/car washes/parking garages ideas that have been floated seem pretty unlikely.

All would require is a few Epi-pens (or even cheaper pre-loaded epi syringes) and several people trained in CPR, with an ambu bag in easy reach.

I don’t know. The tetanus shot was at an emergency walkin clinic and my last flu shot was at a pharmacy. They both asked me to wait after.

If you were getting a tetanus shot at an emergency clinic, might we infer that you were having an emergency? Like, you just stepped on a rusty nail or other injury for which a shot was indicated?

It was explained to me once that the tetanus shot you get after you’ve been exposed is not the same as the regular booster you get every 10 years, and has a much greater incidence of allergic reactions. (This was a great many years ago I was told this, so I don’t know if that had changed since.)

Yeah, sorry. I had an infection in my finger that wasn’t going away without any visible puncture or puss. Was given the tetanus shot since I hadn’t had one in a while and a course of antibiotics.

It was explained to me once that the tetanus shot you get after you’ve been exposed is not the same as the regular booster you get every 10 years, and has a much greater incidence of allergic reactions.

I think that the greater incidence of allergic reactions is because you already have an allergy to tetanus toxin, the allergy that the booster is supposed to stimulate.

I haven’t looked at what is in use in the USA, but from what I remember here, the booster, which is no longer given at 10 year intervals, or if you have had a booster in the last 10 years, is a smaller dose (20) than the childhood vaccine, which is 3 x 40.

I think that it is the same, so it has higher allergic reactions. I don’t know if the USA has come on board with modern international practice, but I don’t get the 10 year shots any more, and don’t get booster after injury if I’ve had booster in the last 10 years, and the booster give is smaller than the original childhood shots.

They’re recommending that people wait 15 minutes before leaving, and 30 minutes would be better

This is because the Windows software has to boot up, then download a whole bunch of updates.

Yeah, sorry. I had an infection in my finger that wasn’t going away without any visible puncture or puss. Was given the tetanus shot since I hadn’t had one in a while and a course of antibiotics. 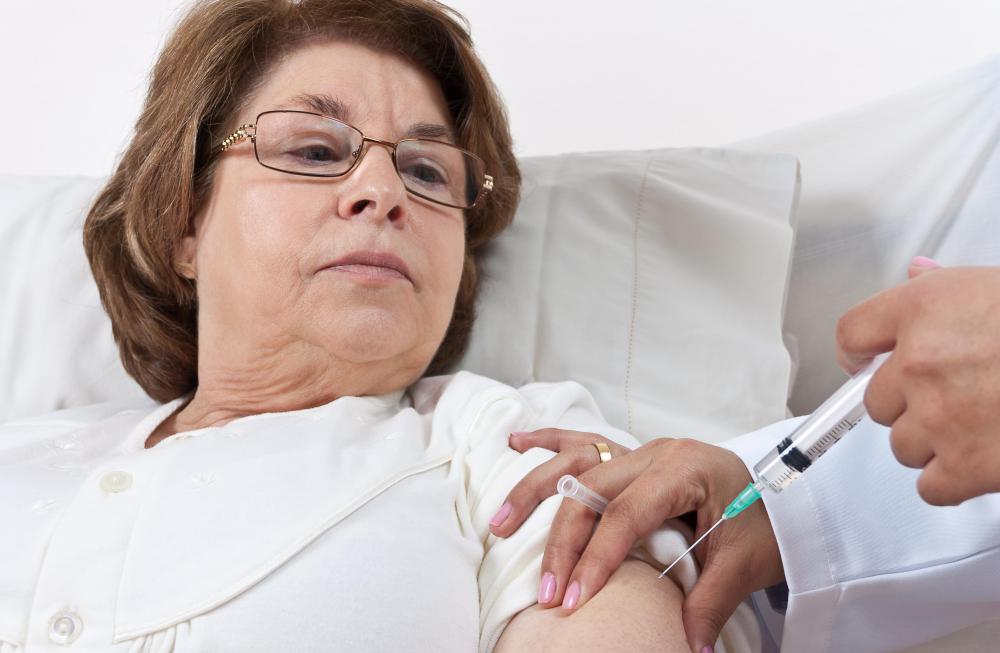 What is Tetanus Antitoxin? (with pictures)

Tetanus antitoxin is a serum that provides immediate, but temporary passive immunity to the bacteria that causes tetanus. When...

Tetanus antitoxin is a serum that provides immediate, but temporary, passive immunity to the bacteria that cause tetanus. The antitoxin is usually given intravenously or by injection when one gets a deep wound that might be contaminated with the bacteria. It can be made with antibodies from the blood plasma of either humans or animals. If the serum is from an animal source, there is a greater risk of allergic reaction and side effects than if it is derived from humans. In some cases, the serum can also be given to animals that might be at risk for tetanus.

If in fact this is what they gave you, it would behoove the clinic to be very certain to explain the above to you and make sure you know the difference.

Tetanus antitoxin seems to be more warranted in a person who has never been vaccinated, or knows it’s been way more than 10 years, or came in with a deep, contaminated wound, or any of the above.

I remember this. It was scary. Was it sugar cubes for polio?

I seem to recall them just having me open up my mouth and putting a drop on my tongue.

I got a bitter tasting sugar cube.
My most traumatic childhood vaccination was the smallpox vaccine. I think it was '62. The whole class lined up, girls first, for reasons of chivalry.
The doctor sat at a table with a spirit lamp, a syringe and a large bottle of vaccine.
Before filling the syringe, he sterilized the needle by heating it over the spirit lamp, then he filled it and jabbed the next in line in the shoulder.
I came in the last third and, damn, that needle hurt. It must have been used at least 10 times in that class and I wonder if he changed it between classes, or just sharpened it.

Wasn’t the smallpox the scrapping of the skin? How many of us has that scar?

The bottlenecks around manufacture, transport, distribution, and on-site storage are much more important bottlenecks.

I heard an expert being interviewed about the vaccines the other night, and he mentioned people routinely being required to hand around long enough to ensure that they were not developing an allergic reaction. I assume this would only be for people with a history of reactions, but it was unclear. That could also be a delay that a faster injection method doesn’t fix.

It shouldn’t add anything to the thruput. Yes, you will have to spend more time there. But no one has to pay any attention to your while you wait to make sure you don’t have a reaction, and then you get up and leave.

All would require is a few Epi-pens (or even cheaper pre-loaded epi syringes) and several people trained in CPR, with an ambu bag in easy reach.

Yup. And you could easily put all of that in a car wash.

Where are people going to wait for 15 minutes in a drive through car wash?

Wasn’t the smallpox the scrapping of the skin? How many of us has that scar?

Or done with repeated jabs with a bifurcated needle. Giving a slightly different pattern to the scar.

Since COVID attacks a class of surface cells, and some people have had skin-covid, there is somebody out there working on a smallpox-like vaccination: something that just punches a bunch of little holes in the skin. I haven’t heard anything about how far they’ve come.

There are also people working on oral vaccines for COVID, and there is another one with just one injection, then the booster is oral.

Since we aren’t likely to go back to the injection guns, oral or subcutaneous vaccinations seem very attractive to me. If the intramuscular vaccine doesn’t break the back of the pandemic, we may yet see a mass vaccination program using an oral vaccine.