Strange Jewish things, or I had no idea that's what that song was about!

Not a Rickroll, promise.

I hate you. Even 30 seconds was too much. The last thing I saw was challah which is a bread.

Weirddave, I hope you have nightmares of braided bread for the rest of your life.

Thanks, now I’ve got a craving for my mom’s homemade challah.

Huh. First time I’ve ever seen that done with an English song.

It’s rather more amusing that way…

So the Nazis killed Jesus and God gave the Jews challah? Makes as much sense as anything Jack Chick wrote, I guess.

Thanks for the first laugh I had all day!

I don’t know much about Judaism, but that was freakin’ beautifully hilarious nonetheless. The split-second whale was way funnier than it should have been.

Was it you, Nazi?

That’s it! It’s not banking, or even diamonds! It’s Delis!

If you liked that, you’ll love this:
http://www.youtube.com/watch?v=ZA1NoOOoaNw

Hehe good one. Not quite as good as Benny Lava, but good.

If you liked that, you’ll love this:
http://www.youtube.com/watch?v=ZA1NoOOoaNw 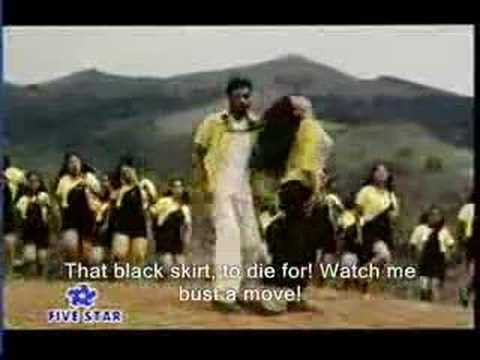 And holy shit but that dude is impossibly good looking. He can dance too. I bet he never goes home alone.

If you people have the time to find those videos on youtube, then you have waaaaaaaaaaay too much time on your hands. Not that I’m complainin’ mind you cause I am highly entertained.

Thanks, now I’ve got a craving for my mom’s homemade challah.

Mmm… French toast made with challah (raisin challah left over from Rosh Hashanah is even better) and dusted lightly with powdered sugar.

::thinks ruefully of the soup and instant breakfast she gets to slurp for the next couple of days::

Mmm… French toast made with challah (raisin challah left over from Rosh Hashanah is even better) and dusted lightly with powdered sugar.

I’ve found that matza brei (French toast made with matza) with apple-cinnamon matza is pretty darn good. Too bad that flavored matza aren’t kosher for Pesach.

The split-second whale was way funnier than it should have been.

Yeah, I was already laughing (the nutella thing was great), but the whale was where I finally lost it completely.