I was looking at an online video about failed fast food items. One was a burger that Burger King had for Halloween, in which the bun was colored black with A-1. I’d give long odds there was “black” food coloring in it as well I have been a cake decorator, and the coloring paste that us “black” is actually a blue so dark that it seems black. And what color comes from blue and yellow? No wonder BK customers complained about what happened several hours after eating the burger. As a decorator I observed this when asked to decorate “over the hill” cakes, or cakes for a local high school that used the colors black and gold.

I’ve often wondered why the colorings in commercial foods have to be so vivid. Are there any ideas amongst Dopers as to why this is?

I don’t know, but it’s stomach-turning. No way am I eating brightly colored food unless it just grew like that. 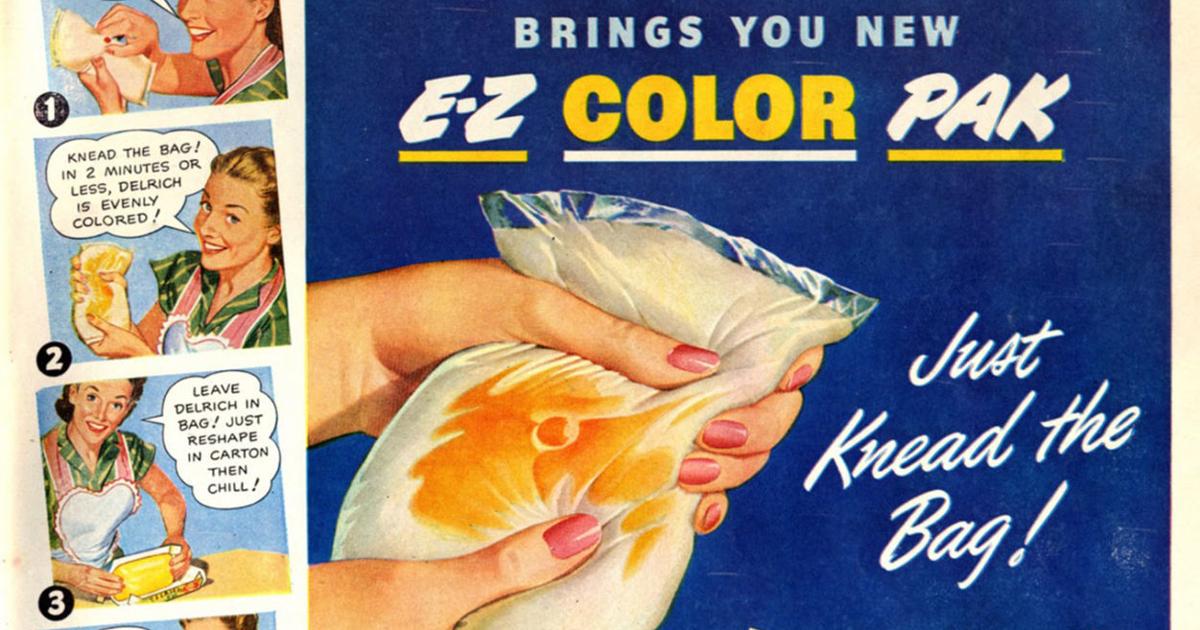 Remember When: We colored our own margarine

SELMA – Margarine came in a one-pound box - no cubes, no color. If we wanted it to look like butter, we colored it ourselves with the packet of yellow

Unless it is the wrong bright color.

The Rise and Fall of Heinz’s Green Ketchup

Chocolate is brown, mustard is yellow, and ketchup is red—or so goes conventional wisdom. But in 2000, one condiment giant decided to give “America’s Favorite Ketchup” a Technicolor makeover. What resulted was one of the oddest food fads in recent...

BTW, apparently black burgers are more popular in Japan, because they keep coming out.

Some of those items are STRANGE! 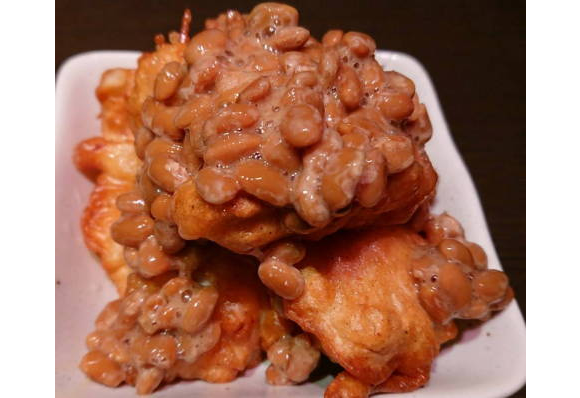 The answer to the OP’s question is in the article:

Probably the ingredients used. In Japan, the various versions of Kuro Burgers get their shadowy shade from squid ink or bamboo charcoal , neither one of which is especially shocking to Japanese palates. In America and the United Kingdom, however, squid itself isn’t so widely popular, let alone its ink, and the number of people who find the prospect of eating charcoal (bamboo or not) alluring constitutes an even smaller demographic.

As such, neither of those ingredients is used in the Halloween Whopper . Website Metro theorizes that the Halloween Whopper’s black bun is the result of dark green food coloring , which apparently is effective in changing the color of what comes out of your digestive tract along with what goes into it.

Unless it is the wrong bright color.

As I’ve mentioned before on this Board, I once hosted an April Fool’s Day dinner in which I served dinner rolls colored blue and mashed potatoes colored purple* . No one touched them.

(No cracks about the quality of my cooking. They readily enough ate meals I cooked on other occasions that weren’t eccentrically colored)

There were apricot flavored gummy black and white penguins sold at a stand in OHare airport when my oldest was small. My wife would buy them as a treat for the oldest when he was a toddler and she flew to visit her parents in NJ. I stayed back working.

My wife went out shopping with her mother leaving our child with grandpa who called me in a panic about the fluorescent green poop. Emergency direction voice on I directed him to the side pocket of the diaper bag and to quickly take out the bag he would find there. “Yes yes and now what?!!” “Eat one. They’re yummy!”

I’ve often wondered why the colorings in commercial foods have to be so vivid. Are there any ideas amongst Dopers as to why this is?

Sometimes the added color has to overcome the natural color of the food. I remember when we had green whole-wheat bagels at work for St. Patrick’s day. There had to be a LOT of green coloring to show up against the brown of the bagel (And the next day my coworkers and I had a good laugh comparing notes - we all noticed the “green output”.)

Sometimes a pale color would look like the food had gone stale. I’m thinking of the cupcakes that the local grocer sells - with intense icing colors. Pale colors would look like the icing had gone off - like chocolate that developed a whitish “bloom” when it is too old.

And - some things are made for children’s tastes. Think of children’s TV shows - many have very bright colors, such as the characters in “Thomas the Tank Engine.”

That makes sense. But the bloom on chocolate is not just an indication of age, it also indicated the temp of the item has gone from cooler to warmer and back. The whitish color is fat that has migrated, or seperated and then chilled again.

I’d give long odds there was “black” food coloring in it as well I have been a cake decorator, and the coloring paste that us “black” is actually a blue so dark that it seems black.

These things look black but are actually very dark green:

When I decorated cakes I would try to keep ANY of the coloring pastes from touching my skin. Of course it was alway futile. But it was interesting, when rinsing and washing the utensils used to see what seemed a different color going into the drain, usually a dark green or blue like those licorice drops.

Which was supposed to be pizza flavor.

Red hot dogs which, if boiled, would turn the water pink. Haven’t seen them in a while, but haven’t looked, either.

These Blue Heat Takis just about glow in the dark in blue dye. I used a toothpick to pick up the 2 or 3 I had last time I saw them, I’ll bet those stain a lot of clothes and upholstery.

Takis Blue Heat® | Some legends say that blue flames burn the hottest of all. It’s time to put that to the test.

I remember seeing that, and wondering about what they use for the flavor. As the article indicates, it turns out it’s just the fairly common and traditional (in Japan) fermented soy bean called natto. It seems to me that the name is more about marketing a food that is very “love it or hate it” in Japan.