Back when I was in college, we didn’t take guns to parties (not that many of us even had them - I didn’t know of anyone that had a pistol - some had rifles and shotguns for hunting).

Another student, WSU football wide receiver Brandon Gray, 22, was injured and transferred to a Spokane hospital with life-threatening injuries…Gray had not traveled to Salt Lake City, Utah, to play in Saturday’s game against the University of Utah Utes. Hours after WSU’s loss to the Utes and almost a day after Gray was shot, Utes football player Aaron Lowe died after a shooting happened at 12:30 a.m. Sunday during a house party. 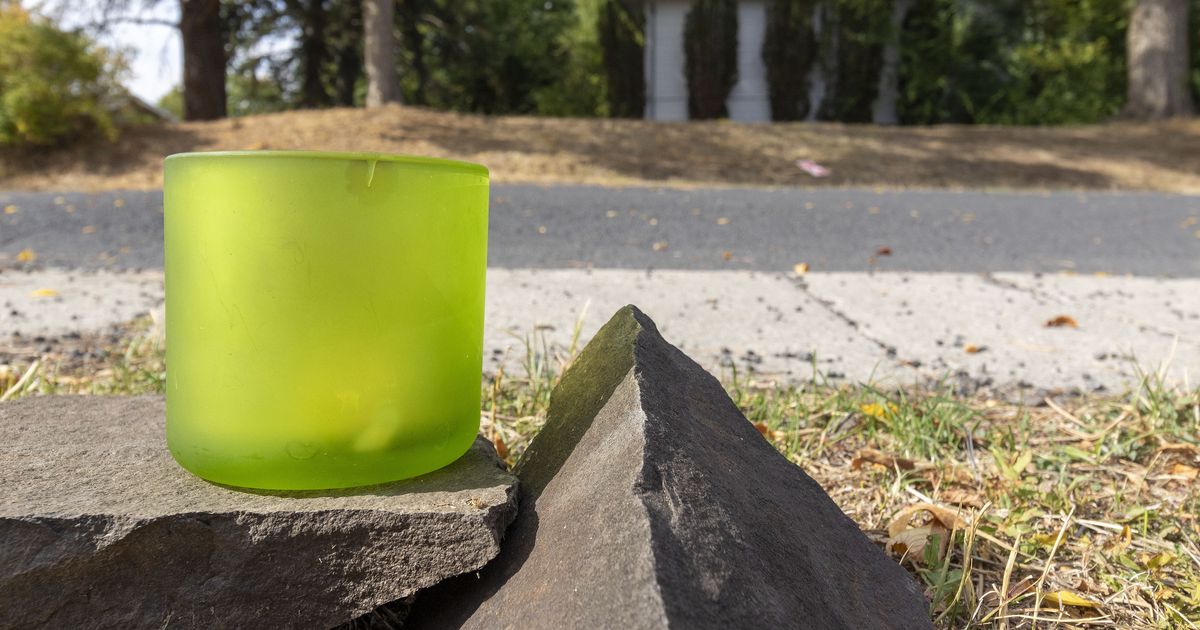 The 23-year-old Kent man killed in a shooting in Pullman overnight Friday had hoped to enroll at the university and enter politics, his family said. A University of Utah football player died and a woman sustained critical injuries after being shot overnight at a party. Police said Aaron Lowe was pronounced dead at the scene after a fight at that party escalated.

Clearly there should have been more guns there. Would have solved everything.

Clearly there should have been more guns there. Would have solved everything.

Don’t the referees all carry guns? Or am I thinking of the wrong sport?

ICWMI, some smart person from Silt CO says that women who are raped do not need abortions because they should have had a gun ITFP.

Naked NJ meat mogul Evan Wexler grabbed a gun after getting fed up with car...

The 18th time thieves tried to steal meat mogul Evan Wexler’s exotic sports cars, he ran naked from his bed with a loaded semi-automatic rifle to fire warning shots from his porch.

18-year-old mother shot in the back of the head when a school resource officer opened fire on a vehicle driving away from an altercation in a parking lot. An 18-year-old mother is brain dead after she was shot by a school resource...

Mona Rodriguez, 18, is expected to be taken off life support days after a school safety officer in Long Beach, Calif., fired his gun twice and struck her in the back of the head, her family’s attorney told The Washington Post.

I have a certain amount of sympathy for the guy if he’s already got the level of security the article says and car thieves still come onto his property on a weekly basis. That’d make me snap too (not that I’d buy lots of luxury cars or indeed guns even if I had that much money).

That seems as though it belongs in the controversial encounters thread as well.

Oh, I suppose it is now.

This is sad for so many reasons. I’m sure this will be, at minimum, an unjustified shooting, and possibly a murder charge. That guy had no business carrying a gun. I don’t know if there is a jurisdiction anywhere in the country where cops can shoot into a fleeing vehicle that poses no danger to the public.

I have a certain amount of sympathy for the guy if he’s already got the level of security the article says and car thieves still come onto his property on a weekly basis.

Seems like he could, and should, just buy the entire police department.

Seems like he could, and should, just buy the entire police department.

His house sits on granite rock. If he is going to throw money at this problem, he should drill downward and excavate out a stonewall bunker with a 30 degree down ramp, gates that close behind it, and a walkway access to his basement. Yes, a bat cave.
( All of this is sarcasm, btw)

This article by The Post has a political angle though because of the November election. Our current governor (who we are lucky to have) wants more gun accountability. The challenger who is a cheap Trump-clone, wants all the gun laws relaxed to Texas levels. The Post, without naming names, is playing up who they want to win.

Hey, at the time it was the link I had with a good vid of the action.

The Post, without naming names, is playing up who they want to win.

But(t), they saw this as an example that the fed up citizen should identify with?

But(t), they saw this as an example that the fed up citizen should identify with?

Yeah, I know… but all the “right” dog whistles are there: People who are rich as f-ck… in the richest county in NJ… an AR-15 is involved … shots fired at “the right color” burglars… seemingly unfair police prosecution (“Why can’t I wave and shoot MY guns at “them blacks” like the rich folk running for office in Missouri do? Why I make Twice as much a year as they make…!”)

Gun law relaxation is seen as the Single Positive Feature of the gubernatorial campaign of
Jack-Shit Errelli… and the people with guns are playing it up as best they can.

I just have to say, that it is amusing the delinquents in question happened to hit exactly when for whatever reason that is entirely his own business the guy was buck nekkid, and it was easier for him to grab his fancied up bangstick than his pants… (I dunno but if it were me I’d reach for at least some shorts so I could tuck the reload magazine in the waistband.)

His biggest problem was the “warning shots”. There’s no such thing. Shots fired is shots fired is deadly force, as a civ you will be investigated and risk charges.

(Also, dude’s gotta move to somewhere he can keep that fleet secured. The old neighborhood is clearly going downhill.)

I have no real debate here. That an AR is the first thing he could grab… wow. Yeah, all the Gunnies say its the best for home defense. But even Paul Harell ( youtube star of guns ) will mention this tiny little factoid: Prosecutors earn a reputation on their win percentage. And waving an AR whatever-da-build before a jury… no matter how nice a suit you are wearing at the defense table… is going to make you look like a bat shit crazy gun nut SOB to the jury.
It just is.

It’s one of the reasons that he recommends as a HD weapon using an old pump shotgun with all wood furniture. Everything about it will say, “Hey, I just inherited this ancient thing from Grand Dad. I’m surprised the shell even fired.”

In NJ, the cops don’t want you firing in town. They especially don’t want you firing in Nice Rich Towns. Unless someone is about 3 steps away from actually killing you personally, that shit does not fly ( and it never will. If you want to mow people down into a bloody pulp for trying to steal your car, NJ just isn’t the place for you. Who says that Jack-Shit Erelli?
I do. Now go fuck off back to golf, Jack-Shit. )

Depending on what it’s chambered in, an AR is designed to be able to hit/kill Elk at 300 yards. Don’t say that it categorically won’t go through the wall of a Fort Lee High-rise and kill multiple apartment dwellers. It can and it will. Fort Lee people are both wealthy and they don’t like being shot to death. And yes, they will report the shots.

Now, if he was to move way out into Sussex County or Hunterdon County… maybe his neighbors wouldn’t have even heard the shots. But it’s a much longer commute into the city.

Prosecutors earn a reputation on their win percentage. And waving an AR whatever-da-build before a jury… no matter how nice a suit you are wearing at the defense table… is going to make you look like a bat shit crazy gun nut SOB to the jury.

Given the reported facts of this case, will the presentation of evidence entail displaying this guy to the jury in his nice well-tailored birthday suit?