"Swimming In Syrup" on Mythbusters

Okay, so I found a cool site where I can download old episodes, most of which I have never seen, because I don’t have cable TV.

I’ve been watching lots of episodes in the last 24 hours; and I can’t help noticing something really strange about this one episode.

Is it me, or are they all kind of tipsy? I swear, they sound like they had a rockin party on the set.

Hope you will share the name of the site, I want to watch too !

Happy to do the same for anyone else!

If it’s not from a pirate site, a link is OK.

Errrrr, honestly not sure. Thanks for the clarification, PlainJain.

But I wouldn’t wanna run afoul of the rules. Ha! Some punk rocker I am, eh?

Holy moly! I hope somebody sees this episode sooner or later & lets me know what they think – because either I am completely nuts, or even the *announcer * is messed up!

Maybe the playback is a wee bit slow? But naaah, I don’t think so. Hee hee, I do love this show though!

Happy to do the same for anyone else!

[Mod Note]We’d much rather you didn’t discuss where you can acquire old programs unless you are sure that it isn’t piracy. Thank you.[/Mod Note]

I have seen this episode a couple times, and it never struck me that there was anything amiss.

I believe you may just have a bad audio track.

ETA: I am a massive Mythbusters nerd, and have seen every episode pretty much as it was released. Even seen some of the ones released with UK voice over.

Yeah, they don’t seem any more pissed in that episode than in any other.

Now, if you want to hear how Adam and Jamie (and Kari, and Tory) sound when drunk, wait until they start doing alcohol myths.

The only thing I could think of (other than a bad audio track) is that they seemed to get pretty exhausted filming that episode. Jamie couldn’t even make it to the end of the pool.

Well, thanks to VLC media player’s “faster (fine)” playback feature, I figured it out. It was indeed a slowed playback speed, because when I used the faster button they sounded like they always do.

Strange, though, that a relatively small drag in playback speed can make people sound exactly like they’re tipsy. Perhaps the enunciatory corners we all cut for the sake of brevity are simply more noticeable whether they’re slowed down by a) technological mishap, or b) a Heineken.

All of the Mythbusters is available through iTunes. All 9 seasons added together take up about 86 GB. I’m not sure if there’s a rental option.

Slowing things down a notch is how they make the Drunk Presidential speech videos. 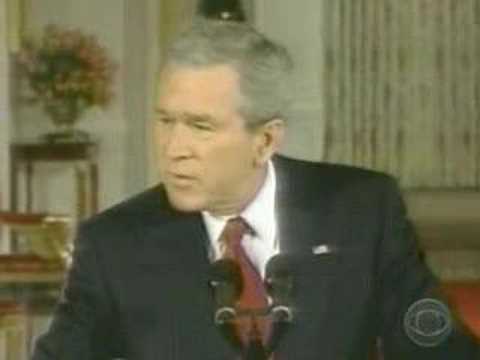 It was indeed a slowed playback speed

If you have the UK or Australian versions, the frame rate it was captured from would have been 25fps. That may sound different to what you’re used to when played at 30fps, which may be your default setting in your player.

I know that sometimes when I hear NTSC converted to PAL, voices sound higher pitched.

I estimate that in the full broadcast works of the Mythbusters half of the crew and cast is under the influence of various Vit-amins, sodas, energy drinks, alcohol, psychotropics and reticent THC half of the time.

Am I the only one who hates the show’s wry narrator?