First of all, condolences to those who lost loved ones. This shit is always political, and about assets and intrigue, and hubris, but it is also enormously horrible for those directly involved–The dead, their families, and the AA gunners who hit the wrong target.

Summary: Israel wants to blow up some Syrian stuff. As is protocol, untargeted forces (in this case, Russia) are warned in advance of the operation to avoid any unfortunate collateral damage. Russia fails to clear the airspace, Israel proceeds with the operation anyway and ends up getting in the way of Syrian antiaircraft fire…which blows up a Russian patrol aircraft, killing all on board.

Normally I find Israel to be obnoxiously obnoxious, but every now and then I am reminded that they are obnoxious, but not cowardly. I can respect that. I reckon Russia ignored the warning and kept its aircraft in place on purpose, hoping Israel would delay/cancel the airstrike to avoid endangering the Russian plane. Israel, the nasty ass honey badger that they are, failed to care and allowed Russia to suffer the responsibility for its own belligerence. But maybe I’m not understanding what happened?

Does it change your mind to learn that the Israelis made the de-confliction call about one minute before the strike released their weapons, and that the Israelis manipulated the geometry of the strike to place the IL-20 ELINT bird in-between them and the Syrian SAM launchers that shot the ‘Cobb’ out of the air? https://theaviationist.com/2018/09/18/russia-reports-il-20m-coot-electronic-intelligence-aircraft-lost-in-syria-during-israeli-air-strike-near-latakia/

I think it’s hilarious. Use the platform that’s trying to spy on your strike package, (and the F-35 that may or may not have been QB’ing the whole strike) as a shield from the SAM launchers trying to interfere with it.

If the Cobb got shot down by the Buk launchers that I think the Syrians had in the area, no wonder it went “Poof” without even a distress call. Same type of SAM that killed that hapless airliner over Ukraine a few years ago.

EDIT: Times of Israel article with claim from the Russians that the deconfliction call came with one minute or so of warning. https://www.timesofisrael.com/in-rare-move-idf-admits-syria-strike-expresses-sorrow-over-russian-plane/

Putin and Netanyahu have been on the blower, and the incident is being talked down 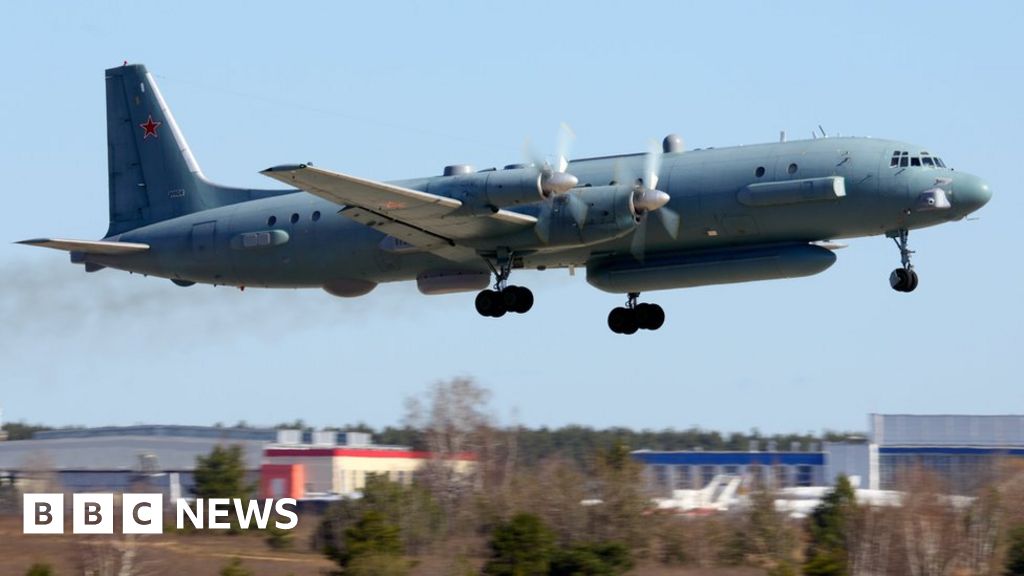 Fifteen personnel died when an aircraft was downed by Syrian fire after Israel launched an air raid.

Mr Putin said at a media briefing: "It looks most likely in this case that it was a chain of tragic chance events, because an Israeli aircraft did not shoot down our aircraft. But, without any doubt we need to seriously get the bottom of what happened.

Does it change your mind to learn that the Israelis made the de-confliction call about one minute before the strike released their weapons, and that the Israelis manipulated the geometry of the strike to place the IL-20 ELINT bird in-between them and the Syrian SAM launchers that shot the ‘Cobb’ out of the air?

Not at all, that sounds like the Israel I know. Takes some of the responsibility off Russia though.

But maybe I’m not understanding what happened?

Russia has changed its tune over the past few hours.
In the current version , Putin has stopped blaming Israel.It was just “an accident.”
"It rather looks like a chain of tragic accidental circumstances,” Putin told reporters, rejecting any comparisons with the downing of a Russian jet by Turkey in 2015.An Israeli jet did not shoot down our plane,” Putin said.
There’s a war goin’ on in Syria, ya know. Lots of dead people.
And lots of VERY complex international intrigue.

Assad is massacring his own people,which he can only do because Russia gives him huge military resources.
Iran is moving huge numbers of missiles into Syria, aimed at Israel. Israel is determined to destroy those weapons before they get launched into Israeli cities and destroy the country.
Russia wants to look powerful in Syria, but doesn’t want to get blamed for assisting with the destruction of Israel.
But Russia also doesn’t want to tell Iran to stop building missile bases,even though the Russian army and air force have complete control of the area.

I am perplexed. AIUI, the Israeli strike did not go over Russian bases. They launched GPS-guided glide bombs (GBU-39s, I’ve read) while over the Med. They dropped while at high altitude—so easily illuminated by whatever radars the Syrians were using—and with an IL-20 in between them and the sites. So that when the missiles went active, they’d go for the juicy IL-20, and not the Israeli F-15/F-16s that probably dived for the deck after weapons free and generous stand-off jamming/spoofing.

Moreover, Russia is not really in a position to materially affect matters in Syria or with Syria’s neighbors. Turkey swatted one of their Su-24 strike aircraft a few years ago, for a border incursion on the order of a nautical mile or two, and Russia publicly did not much of anything at all. Doubt they can materially impede Israel, other than give Hezbollah a few thousand more RPG-29s and whatever AT-X Tula KBP has gotten up to.

Well, and help Iran along with whatever nuclear hijinks they’ve planned.

Not at all, that sounds like the Israel I know. Takes some of the responsibility off Russia though.

Not really. Nor does it take any from the Syrian’s. It’s a complex situation, but Russia is as much to blame as anyone. Did you miss the part where Gray Ghost mentioned that the plane that was shot down was there to spy on the strike (and give that information to the Syrian’s)? As for the 1 minute notice, I’m going to go with ‘cry me a river’ with a small short of derision. Think about WHY they would give such short notice. Also, think about why Russia has backed off of their ‘it’s all Israel’s fault, boo hoo!’ initial stance. We are talking Russia and Putin here…someone who has zero issue lying with a straight face and who can give Trump lessons in alternative message horseshit. Yet he is back peddling now on his initial narrative.

First of all, purposely risking a Russian aircraft does not serve any of Israel’s strategic interests. Israel does not want to poke the Russian bear. We’re not stupid, you know.

Second of all, the Israeli Air Force is claiming that the missile was launched after its jets had already retruned to Israeli airspace. If true, allow me to posit a possible scenario: the Israeli jets came, attacked and left; 5-10 minutes later, another blip showed up on the radar, and someone in the Syrian missile battery panicked and fired.

Well I frankly doubt Syrian Air Defence Troops are as good as they were in 2011 and before. 7 years of war, defections, and probably a lot of time spent fighting in the infantry role.

Perhaps this incident will dissuade the Syrians from their standard practice of more-or-less-blindly launching SAMs anytime they get hit.

Israel, the nasty ass honey badger that they are, failed to care and allowed Russia to suffer the responsibility for its own belligerence. But maybe I’m not understanding what happened?

Before you consider Israel “obnoxious”, you might want to take note of the fact that they are surrounded by enemies who have, in their brief history, tried to destroy them several times over simply for the crime of existing as a Jewish nation.

Russia and Syria were playing political games, and Israel simply didn’t buy it. It is RUSSIA’s fault that a RUSSIAN plane was shot down. It was RUSSIA that endangered that crew because their political shenanigans were more important to them than the lives of their own people.

Before you consider Israel “obnoxious”, you might want to take note of the fact that they are surrounded by enemies …

To my suburban American sensibilities, Israel is obnoxious. Meaning, I would have no patience for a neighbor who behaved as they do. It’s easy (lazy) to forget Israel is not my neighborhood, and that in the ME strength without aggression will be tested relentlessly. I get it that the second Israel appears patient, cautious, or inclined to peace, the real fighting will start. My OP was too flip in characterizing Israel as being similar to the same species of bellicose flab bags running our own country.

Basically, a turboprop transport aircraft modified to be stuffed full of antennas, radio receivers, and recorders, and flies around picking up radio and radar signals. Similar to the EP-3 that the U.S. Navy uses for much the same thing. https://en.wikipedia.org/wiki/Lockheed_EP-3

And not Russian dressing.