I’ve been enjoying the Blacklist, but I’ve been becoming increasingly obsessed with the hats James Spader wears. You really can’t wear hats like that these days if you want to be a normal acceptable person. It’s a little weird. You can get way with it if you are on vacation, or a hipster, an old old man, or somebody who is slightly off. But, you really can’t go to a business meeting in a fedora.

Unless you are James Spader. He makes it cool.

James Spader is in middle age. So am I.

James Spader is balding. Me too.

Do you see where I am going with this?

If we have all this in common, and he looks good in those hats and gets away with them and wears them well, than it stands to reason that maybe I can, too.

I started doing some research and one of his main hats is a Borsalino Bellagio. This is a $400 hat. Probably not the best starting point. Sometimes he wears a Stetson Mercury Fedora which is just a $165 hat. Hmmm. So I ordered it, and it came today. I was pretty excited. I happened to be wearing a dark suit today so that would be a good test. I unpacked the hat, went upstairs and stood in front of a mirror.

I the put the hat on, tilted my head slightly and gave the mirror my best ironic, sardonic James Spader grin.
Shit.

What I was was a middle aged pudgy balding guy trying to look cool by wearing a Fedora.

No replies. Wow. I knew my post was a little pathetic, but I would have thought that somebody would have said. “Yeah, I like his hats, too.”

A link to pictures of those hats would help. I’ve never seen the show and have no idea what they look like and I am too lazy to Google. 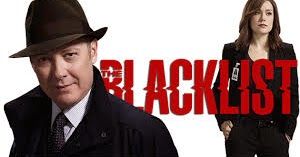 The Blacklist is the best nail-biting, pyscho drama on TV at the moment. The main charter "RED" is a psychotic killer who kills other crimin...

I’m a middle-aged balding guy too. I also like a good hat, but I go back and forth between thinking I look like Don Draper and thinking I look like Matt Drudge. Also, I gather that wearing a fedora (and being a pedant about the difference between a fedora and a trilby) is associated with the “men’s rights activist” crowd, which I’d rather not be lumped in with. On the other, other hand, I am balding and I keep what little hair I have left buzzed short, and my head gets cold.

So, I do have a gray wool trilby similar to this one. I wear it whenever I’m dressed up enough to wear my long black topcoat. When I do, I fall somewhere on the spectrum from this guyto this guy.

The first time he saw me in it, my smartass brother greeted me with, “Hello, Ward Cleaver.” Which I actually took as a compliment. I was going for a kind of throwback look.

I’m impressed by how expensive Spader makes that simple buzz cut look. That’s a $200 haircut, minimum. You could do something like it at home for free with an electric clipper, but it wouldn’t look as good.

It isn’t that James Spader makes it look cool, it’s that Red Reddington makes it look cool. He outsmarts both crooks and cops. He kills people with little regret. He knows everybody. He tells funny little stories. It’s part of the character to dress well and wear a hat. I think Spader would likely look like a doofus if he wore the hat around LA in his regular life.

It isn’t that James Spader makes it look cool, it’s that Red Reddington makes it look cool. He outsmarts both crooks and cops. He kills people with little regret. He knows everybody. He tells funny little stories. It’s part of the character to dress well and wear a hat. I think Spader would likely look like a doofus if he wore the hat around LA in his regular life.

According to my link, Spader does wear hats in real life and it was his idea to add the to the Red character.

According to my link, Spader does wear hats in real life and it was his idea to add the to the Red character.

Hmmm. Maybe you are being too hard on yourself. You might just be able to pull it off.

I have to admit I really like the Reddington character, and Spader is wonderful. The show is pretty ridiculous overall, and filled with preposterous stuff, but Reddington is captivating.

So, why do I still look stupid in the hat?

I wear hats. As long as a hat feels good on my head and keeps the sun’s glare outa my eyes I’m happy. If it makes me look like an elephant’s cock, I don’t really care.

I wear hats. As long as a hat feels good on my head and keeps the sun’s glare outa my eyes I’m happy. If it makes me look like an elephant’s cock, I don’t really care.

You have a blasé confidence that I don’t. Also, I have a finance job. If I were a true genius, I could where whatever I want and not care, but seeing as I’m not, I have to impersonate a rational businesslike human being who inspires seriousness and confidence.

I’ve sometimes thought that if I wear the hat and be eccentric than maybe people will assume I am one of those geniuses who can do and wear whatever he wants, and maybe by some self-fulfilling prophecy wearing the hat will make me the genius, but then I remember the jig will be up the first time I open my mouth to speak and reveal myself to be just another generic drudge.

You have a blasé confidence that I don’t.

I love hats.
I love the Reddington character, the stories he tells, and his hats.
Another excellent character/hat combo is Ralyland Givens from Justified.
But I too look ridiculous in fedoras, cowboy hats, or really anything other than a baseball cap.
I think you are right that it is all about attitude. It’s your will that makes it work. And because I think I look ridiculous, I do look ridiculous.

I am kind of somewhere in between. I play guitar in bands, so have access to Hats. But I look like an idiot in most hats. I can pull of the midlife guitarist’s standby, a backwards black flatcap. But finding a brimmed hat I could make work has been hard.

I ended up finding a crushable short-brim Kangol - it must be an earlier version of this one, but this is close: http://www.shoebuy.com/kangol-shavora-mowbray-pork-pie/760063/1599334?cm_mmc=googleproductads_pla--none--none-_-none

There is a great little shop in Niagara-on-the-Lake called Beau Chapeau We discovered it about 5 years ago and have been visiting there a couple times a year ever since.

It started with warm but stylish winter hats which are clearly a necessity in Canada but I’ve begun branching out in the last couple years. My most recent purchase was “Agent Carter” Red fedora since she is clearly the woman’s equivalent of Raymond Reddington from a hat perspective at least.

James Spader is literally paid millions of dollars to be charismatic, and is obviously WORTH millions of dollars to do it. He is in the top one percent of one percent of human beings in terms of charisma. Of course he looks good in a hat. He’d look good in a pair of Bermuda shorts or a bow tie or basically anything; it’s his job to wear the clothes, not to have them wear him. If he wore powdered wigs you’d be saying “man, powdering wigs are weird, but that James Spader is wearing the hell outta that wig” and a few people would go buy powedered wigs and try to look cool. It’s kind of unfair to compare oneself to James Spader. It’s like buying a set of golf clubs and being surprised that your tee shots aren’t as good as Jordan Speith’s.

Hats are long out of fashion and unless you’ve got a really amazing amount of charisma you ain’t gonna pull it off. Literally every guy I’ve seen wearing a hat might as well be wearing a T-shirt saying “LOOK, I’M WEARING A HAT.”

I would wear that t-shirt!

You really can’t wear hats like that these days if you want to be a normal acceptable person.

Let’s change that to “if you worry about what people might be thinking.”

You can get way with it if you are on vacation, or a hipster, an old old man, or somebody who is slightly off. But, you really can’t go to a business meeting in a fedora.

Sure you can. A proper hat (not, God forbid, a cap) completes a man’s business dress.

And keeps his head warm, or shields it from the heat of the sun. And keeps the sun out of his eyes. And keeps the rain off (especially helpful if one wears eyeglasses). There are solid practical reasons for wearing a full-brimmed hat. Wear the hat with the contentment of knowing it’s a smart thing to do.

And think of yourself as leading the way for others who have yet to realize the benefits. Not an old-fashioned relic who hasn’t left the 50’s, not a hipster who is trying to be cool, not an oddball, but a visionary. Yes, you’ll be referred to as “that guy who wears hats,” but soon it will be said with a touch of envy.

A note on fit: it should not touch your ears, but it shouldn’t clear them by more than the thickness of a finger.

While I would in general agree with your thesis, there are plenty of caps that aren’t baseball caps. My standard headwear is a newsboy cap, and they are very much proper hats. Flat caps aren’t for me, but they’re a good choice for some people.

Baseball caps are indeed an abomination and shouldn’t be worn by anyone, including actual baseball players.