Why surprised? They previously gave us the tasteful limerick about Alice!

You are aware it’s been out for a few days? You don’t have to look forward anymore

Yes, but I’ve been too damn busy. I’m looking forward to actually having time to watch it!

Can I just say, the whole season 4 was just a giant downer. I’m really going to have a hard time getting motivated to want to spend time with these people when season 5 comes out. I know it will be a new cast in 5 so there will be a level of curiosity, but man, I hope there is someone I can root for.

The acting was superb. The show does a great job of making me hate every single person while also feeling at least a little bad for most of them.

And it makes me so sad for young, naive Diana. If someone had explained to her that it wasn’t a love marriage and she was a brood mare and had made Charles understand that to make Diana happy he just had to be more discreet with Camilla and show Diana minimal respect as a human being, things could have worked out better. Maybe not successfully, but better.

Can I just say, the whole season 4 was just a giant downer. I’m really going to have a hard time getting motivated to want to spend time with these people when season 5 comes out.

I hear ya! It is so well done, but I can’t think of a single character I like.

And was Thatcher just that clueless - focussed on her work - that she wouldn’t have asked ANYONE what sort of thing goes on at a Balmoral vacation?

There is an old journalism motto by an editor of the Economist: simplify then exaggerate. It’s a pretty useful motto for TV writing too. I doubt the reality was anything as stark as depicted but the episode did dramatize the truth that Thatcher was often uncomfortable on such occasions and thought they were a waste of time.

What was that ibble dibble whatever nonsense, anyway? A real game or supposed to be something weird just the Royal family does? 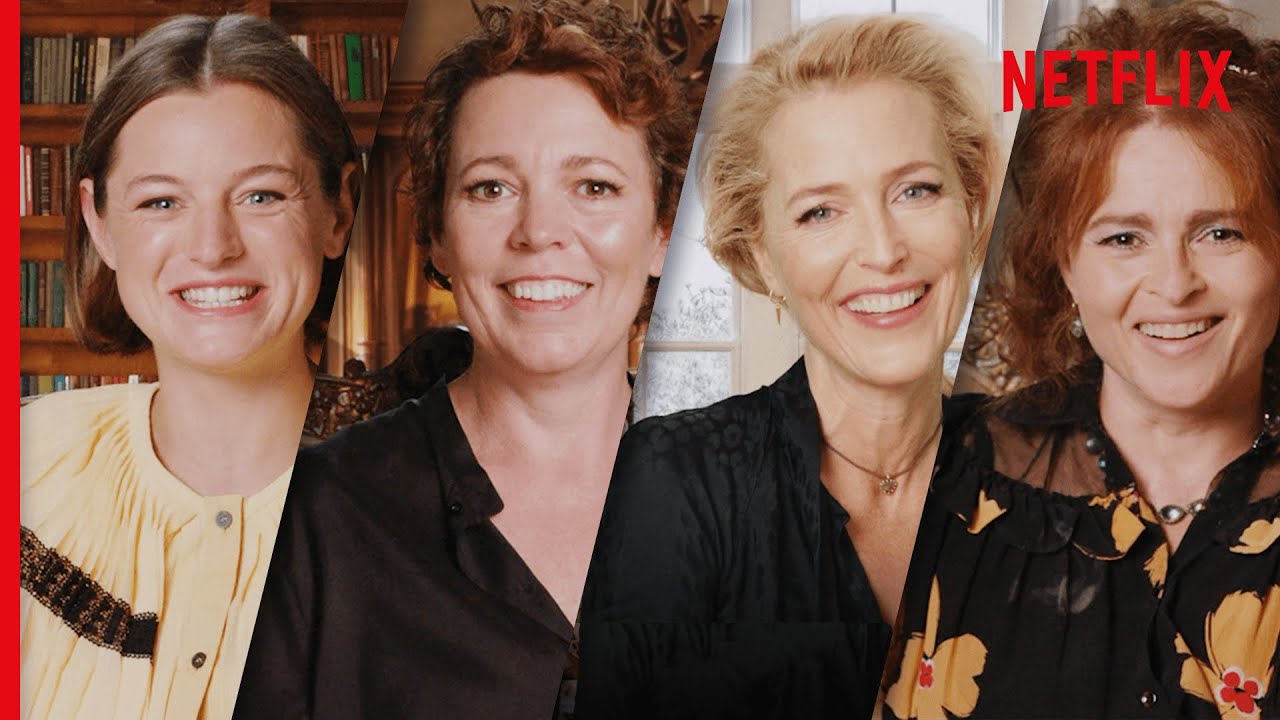 It is a real game, and originated in France. https://en.wikipedia.org/wiki/La_vache_qui_tache

The French game seems to have somewhat politically-incorrect implications (“black faced” being associated with drunkenness) so the English variant would be more appropriate anyway.

I’m reading a book on European royalty, and encountered this bit:

[The crown prince] was misshapen in mind and body. His back was hunched, his body dwarfed, and at eighteen he weighed only 76 pounds. He was a sadist and a paranoiac, roasting rabbits alive, and torturing horses to hear them scream. He found sexual satisfaction in whipping the steward;s daughter, and it was while chasing this unfortunate girl that he fell down a flight of stairs and crushed his head. His life was saved by a painful and delicate operation in which a circular hole was cut in his skull to relieve the pressure on his brain. For good measure, his father insisted on placing the withered corpse of the saintly cook of a Franciscan convent in bed with his son, and he always maintained that not surgery but the odour of sanctity had saved [his son’s] life.

What I’m saying is - it could be worse!

My wife and I just finished the season, enjoyed it quite a bit. I did feel like the queen herself took a pretty serious heel turn this season. It wasn’t that her standoffishness and so forth were brand new, but they did seem cranked up to 11.

One question for the Brits: what is history’s verdict, if there is one, on “Thatcherism”? Is she a figure like Reagan in the USA where half the people still hate her memory and half the people love it? Or is there more of a broad consensus one way or the other?

Season 4 came out today and I’ve been binge-watching all day. I can see why Prince William loathes this show. Charles comes off as a spoiled asshole (in contrast to last season) and Diana is a basket case surrounded by enablers. The Queen worrying about what kind of trouble Prince Andrew could get himself into was darkly hilarious

Charles comes off as almost inhumanly awful to the point that it’s hard to believe. I am sure there’s some truth to it, but it’s also true he was pressured into a marriage he didn’t want to be in and that was clearly ill advised, and you’d think they could have played more with that. Thatcher, similarly, is seen as a monster, which is the common belief among liberal entertainment types though someone at the time must have liked her given that she won three elections. We did see elements of Diana’s narcissism, it’s true, but it was presented as sometimes that was Charles’s problem. (There is just a hint of acknowledging that at the end when Philip suggests to her that she’s wrong in thinking she’s the main character.)

The acting is just so stellar that I can’t stop watching, but by biggest problem was that Queen Elizabeth is now a largely uninteresting part of it…

One question for the Brits: what is history’s verdict, if there is one, on “Thatcherism”? Is she a figure like Reagan in the USA where half the people still hate her memory and half the people love it?

As time passes, younger generations are more and more detached from the political passions of the past, just as I am from the issues and personalities that divided my parents’ generation (“groundnuts”, anyone?). But among those who do remember, she is still a divisive figure, because her significance is undeniable.

One question for the Brits: what is history’s verdict, if there is one, on “Thatcherism”? Is she a figure like Reagan in the USA where half the people still hate her memory and half the people love it?

Pretty much this. Anyone left of centre (scrub that, centre to left) loathes her, rightwingers still think she was the second coming. I had a boss who had a framed photo of her in his office, and called her ‘mummy’. This was only about five years ago. (His wife, in contrast, thought she was the devil). There isn’t really a middle ground on Thatcher.

There isn’t a middle ground of people who think that (say) privatization was necessary but could have been handled better? I’m surprised.

“The dog that didn’t bark” (so to speak) is the absence of any serious effort to reverse the legal changes governing trades unions and strikes during the Blair/Brown Labour government. Plus, they were ultra-cautious about “tax and spend” policies to the extent that they stuck to the Tories’ spending plans for their first two years.

Charles comes off as almost inhumanly awful to the point that it’s hard to believe. I am sure there’s some truth to it, but it’s also true he was pressured into a marriage he didn’t want to be in and that was clearly ill advised, and you’d think they could have played more with that.

I remember when recordings of Charles’ phone conversations with Camilla were leaked and my gods I found it shocking–I’m not a prude but FFS they were both married to other people and you’d think they’d at least TRY to be discreet but NOOOOOOOO. And if I were Diana, gorgeous and young and desirable, having produced two male heirs even, being continually passed over for, let’s face it, a much less attractive woman I think it would have fucked with my self esteem pretty hard, especially if I was already saddled with a long term eating disorder and being shoved into a Procrustean bed of a marriage. I mean, the endless humiliation of it all couldn’t possibly have been anything but destructive to her mental health and I don’t fault her one bit for looking for validation and care outside her marriage. There just was no source of comfort for her in that palace aside from her children and yet she was expected to be out in public and holding up the side with a face that showed every emotion. Girl had no poker face and was shoved into the World Series of poker every day with that family. Good grief. It was just ugly all around. Charles being jealous of her popularity was just awful–you’d think he’d maybe take a leaf from her book and become more approachable if he wanted to be loved by his future subjects but like many spoiled and entitled people he thinks everyone else needs to bend his way while he gives nothing.

And they are not a nice bunch of people at all, never have been, and the cracks show more and more as time goes on.

I remembered what pissed me off the most - each ep started w/ a warning about sex and nudity, but all we got was bulimia and smoking!

And I thought I was the only one saying “Where’s the nudity?”