The Doors - What Do You Think Of This Band?

First off, it’s stunning that The Doors (while Jim was alive) had such little time together. First album was in Jan 1967 (there was NOTHING like that then), and L.A. Woman was released in 1971, which are both my favorite albums, but if I had to pick one, it would probably be “L.A. Woman”… “The Doors” self-entitled album starts with “Break on Through” and ends with one of my favorite songs by any group, “The End”, but what’s in the middle isn’t as strong as L.A. Woman.

Musically, very diverse. You had Robby with his flamenco, Middle-Eastern, Indiana influences, along with the bottleneck bluesy stuff, jazz, etc etc… Ray with his classical influences, some boogie-woogie, jazz, etc., and with Jim’s creativity, not just the lyrics, but how he delivered them rhythmically (with great melodies to accompany them), his pauses between lines that are simple, but always stuck with me, “Cops in cars, the topless bars, never saw a woman… so alone”… speaking of L.A. Woman “motel, money, murder, madness” (I like alliteration), or unique phrases, hell, even interesting titles like “Peace Frog”, “The Soft Parade” and many others… You also had the element of Artaud theatre, confrontation with the audience, and general theater especially if you listen to all the concerts on YouTube, which I’d recommend checking out with Greg Shaw’s book besides you, since some are not in great quality, but still worth checking out.

Rhythmically, you had
-bossa nova
-Latin
-Tango
-Shuffle
-Military
-Jazz
-Tribal
-Rock
-Blues
-German Oompah
-Waltz
-Native American
-Disco (Peace Frog)
-Wild Child (whatever that is, during the verse, is awesome)
-Funky (The Changeling)
-Consistent Pounding on “Spanish Caravan”
-And whatever rhythm would be classified on “Love Me Two Times”, going all over the toms, while keeping the beat on the snare without the use of the hi-hat.

Anyway, I’m sure many of you have things to add, so I’ll stop there, but I’ll post a cool interview of Jim, who does talk about the future of music, but I won’t spoil it! 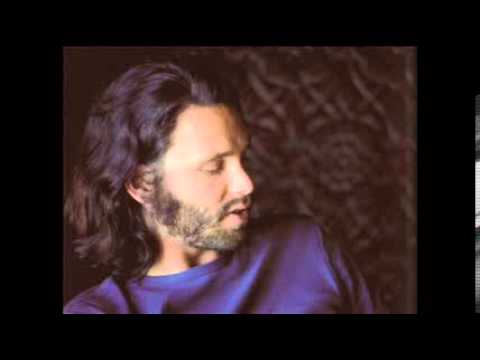 I remember first hearing “Light My Fire” on the radio and it blew my little kid mind even with the short radio edit. My favorite album is “The Soft Parade” but I’m a weirdo–and, true fact, my vocal range is exactly the same as Morrison’s. Wish I could sing as well, but it’s definite I can hit every note he ever recorded. *smug*

I like the Doors. Robby is a very creative guitarist. Ray could really swing and groove. I think the music was sometimes overshadowed by Morrison’s antics and the crazy fans.

I think Morrison had some issues. He seemed a mean drunk and an unhappy person in general.

I don’t really like the Soft Parade album or the albums after Morrison’s death. The other albums have lots of good songs IMO.

They seem like a band you get into in high school then leave behind. Certainly was that way for me. I still like them well enough but don’t seek out the music. The ridiculous movie probably was halfway responsible for ruining them for me.

My opinion of the Doors is mixed.

There’s a handful of their songs which I really like: “Riders on the Storm,” “Touch Me,” “Love Her Madly.”

Over the years, I’ve likely heard most of their other songs at some point on the classic rock radio stations I listen to, and I find a lot of of their other songs to be overblown, gloomy, and excessively navel-gazing (note: I love a lot of late '60s/early '70s progressive rock, so I don’t have an issue generally with 12-minute songs, or philosophical lyrics).

Beyond that, I think that a lot of their legacy is now tied up with Morrison’s personality and saga; I also have always had the impression that at least two members of the band (and maybe more) were raging assholes.

Loved them since they were new/ My brother had Morrison Hotel on 8-track, so that was my first exposure. The hits are even better. Still listen regularily.

I never knew anything about Morison’s personality until decades later.

Their best songs are undeniable classics, but when they were off, they were very disappointing. Probably the most uneven group in rock.

Great band musically. Agree that their output quality was uneven but their best stuff is terrific with interesting but accessible song structures. An overall sound that has never been duplicated; they are usually instantly recognizable. Fantastic turns of phrase in the lyrics even if as a whole they are, IMO, generally stupid poems. Great studio performances from Morrison. Amazing studio and great live performances from everyone who wasn’t Jim Morrison. Morrison was somehow both the x factor that sparked them to greatness and the weakest link in the chain.

I went through an intense but short-lived Doors phase. Light My Fire had been on the radio when I was little but it didn’t really register as anything special. My real fascination came about when The End was used in the opening to ‘Apocalypse Now’ in 1979 long after Morrison died. I think the only album I bought was the ‘Weird Scenes Inside The Goldmine’ compilation but I pretty much wore it out since it was my Doors bible. I also read Jerry Hopkins’ book ‘No One Here Gets Out Alive’ which fed my fascination.

A bunch of friends and I rented a house one summer at the Jersey Shore and the Doors was a large component of the soundtrack that summer (1981 maybe).

One of my all-time favorite songs to play in a band is LA Woman - the intro, the build up into ‘city of night’, ‘so alone’ etc, the beat switch for ‘I see your hair is burnin’…’ the climb out of ‘Mr. Mojo rising’ - just a blast to play (I played drums).

I think one of their great strengths was creating moods and scenes using their influences that you mentioned. I still enjoy listening to the occasional song but my big fascination came and went pretty quickly.

An overall sound that has never been duplicated; -

I bought The Doors’ first album at a PX in Vietnam in 1967 and was immediately drawn to Manzarek’s musical chops and Morrison’s moody delivery. I ignored the second album (Strange Days) and the four that came after that, although I liked L.A. Woman. Morrison never seemed to be able to figure out if he was ahead of his time or just another pop idol (Love Me Two Times an egregious example of the latter). It didn’t really matter, as I rapidly discovered Cream, Airplane and Hendrix soon after and Morrison just didn’t matter as much.

What do I think about the Doors? They had some entertaining tunes and some really entertaining work. None of them individually impressed me with musical skill.

Morrison was way too high on his own hype. He wasn’t a good lyricist. Much of what he called “poetry” was just pretentious crap that wouldn’t have flown in any other era. His antics were dumb and served no useful artistic purpose. Although it wouldn’t have been the same band without him, I wonder how much better it could have been if he’d dialed it back a notch or two.

“The Doors” was the first album I ever bought with my own money. Played it transparent. Sure, Jim’s lyrics were pretentious twaddle. But your name wasn’t Bob Dylan you were probably cranking out stuff that was a lot worse. My personal faves are “Crystal Ship” and “L.A. Woman” (“just another lost angel…”).

Are they as good as we remember? Probably not. Were they electric then? Absofuckinglutely!

That’s like having Frank Sinatra’s range. It was tossed off as a joke but I always agreed with the dream shaman in Wayne’s World: Morrison was more of a crooner working in the rock milieu.

" don’t know if you realize it, but tonight you’re in for a special treat…
No, not that – you only get that treat on full moons. Besides that, I know there are a lot of young people out there, and I wouldn’t want anyone to faint.
The last time it happened, grown men were weeping. Policemen Just remember, their motto is ‘Protect and Serve’."

Love The Doors–up to LA Woman, that is. Sure, they aren’t everyone’s cup of tea and there is some uneven songwriting in those albums. But their music and lyrics (and the singer, of course) really grabbed me back in the day. I revisit the catalog every so often and it still resonates. Great stuff.

I’ve been trying to learn Love Me Two Times on guitar for about twenty years now, keep hitting a wall and keep coming back to try again.

This says it all… 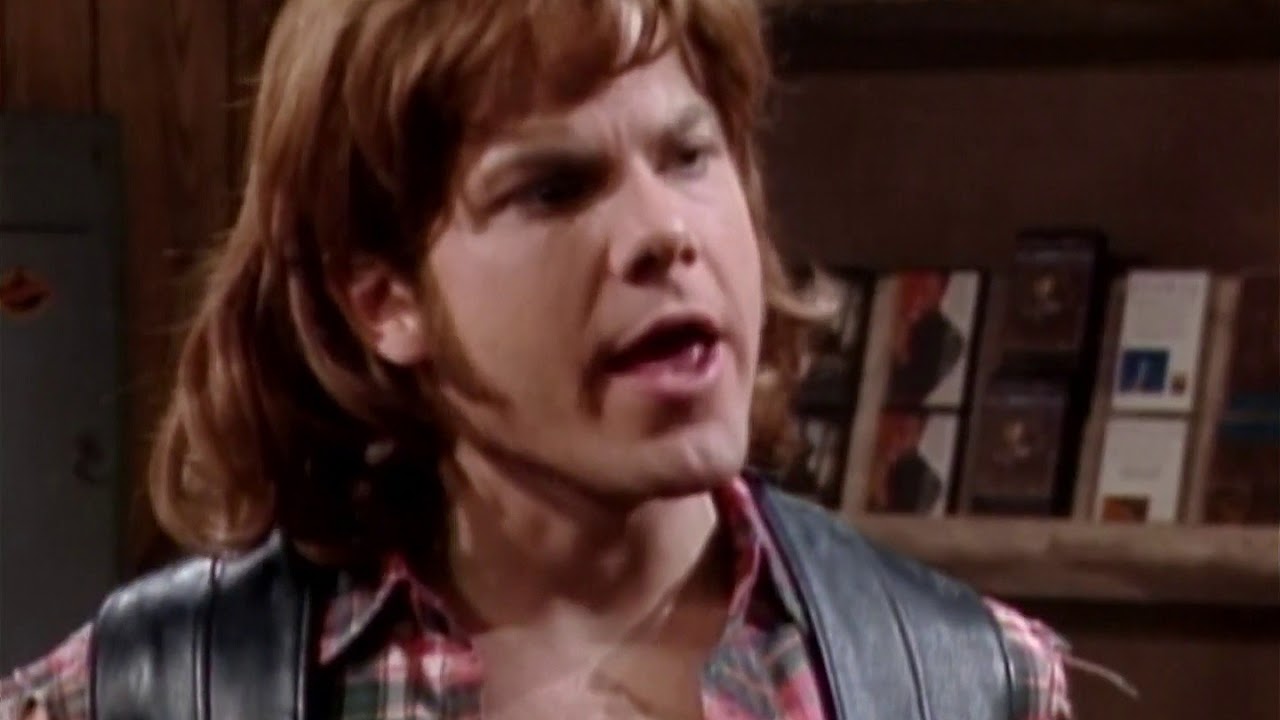 " I don’t know if you realize it, but tonight you’re in for a special treat…(crowd cheers)
No, not that – you only get that treat on full moons.(more cheering)
Besides that, I know there are a lot of young people out there, and I wouldn’t want anyone to faint.(laughter)
The last time it happened, grown men were weeping.(more laughter)
Policemen were turning in their badges (loud cheering)
Just remember, their motto is ‘Protect and Serve’. (F** EM!)"*

Anyone else notice that this is tagged “food-drink-cooking”?

Yeah, and my first thought was “Shouldn’t that be ‘home repairs’ if it’s about doors?”

Not the biggest fan, here. I think the only songs I listen to are “Peace Frog” and “5 to 1.” Ray Manazarek’s keyboard style never gelled with me , but I have to give him credit for really creating much, if not the bulk, of that instantly identifiable Doors sound. Now Robby Krieger, that’s more the kind of stuff I dig. And John Desmore provides a jazzy backbone that I like. But, overall, I’ll pass.