The whole issue in my mind is

What is the minimum altitude / max VVI / worst attitude to expect a good deployment prior to ground impact?

E.g. if somebody stalls at 50 feet, they’ll be on the ground before they could even think to reach for the handle. Conversely at 5,000 feet they’ve got plenty of time to debate, dither, pull the handle and have a nice long ride even if the chute takes an unusually long time/distance to fully blossom.

As a representative example of a parachute-equipped lightplane, the Cirrus SR20 Pilot Operating Handbook is available from Cirrus at

The deployment procedure is on pdf page 65 and the system and decision-making discussion is on pdf pages 373-378. As an aside, I’m very impressed with this POH compared to the rather amateur and cursory 1960s/70s Cessna & Piper efforts I’m familiar with.

In a nutshell, they suggest deploying above 2000’ AGL if possible. And that from level flight 400’ AGL is barely enough. But even when lower down, deploying the chute will probably reduce the severity of the crash.

To be sure, even a partial chute is better than nothing. But whether it’s enough better to make the impact survivable is a separate question. With ejection seats we certainly have plenty of historical experience of people that got half a swing in a partial chute and hit the ground hard enough to shatter their spine, but not their head. They never walked again, but they did live. Others fared better or worse based on the luck of the draw and timing. 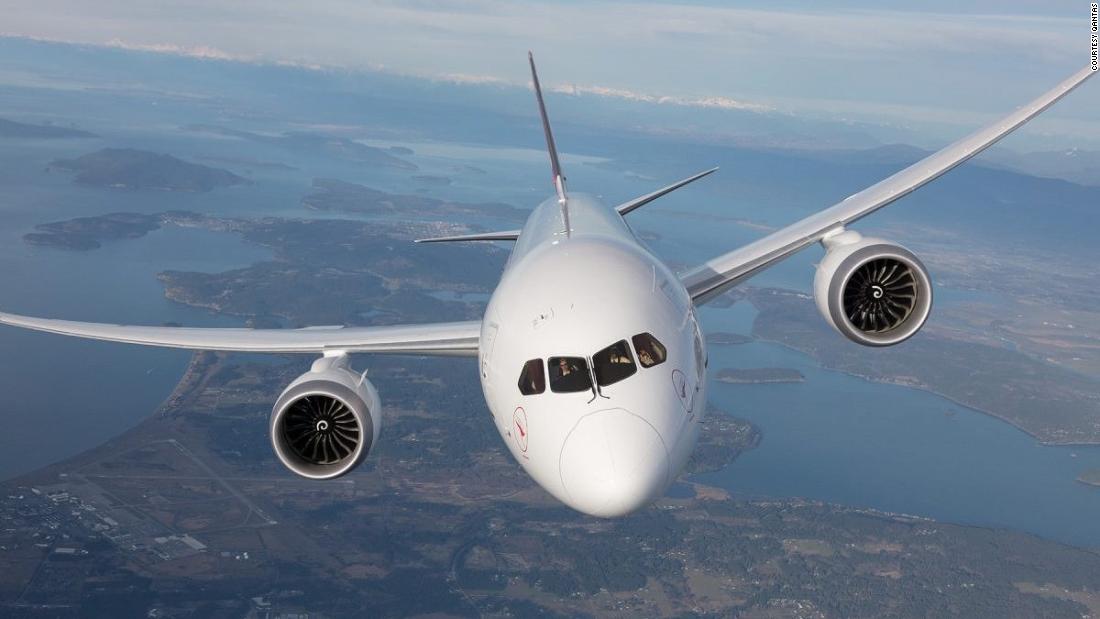 Qantas supermoon flight to nowhere sells out in 'record time'

Qantas' next "flight to nowhere" is due to offer travel-starved Australian residents the chance to admire the late May supermoon and full lunar eclipse from over 40,000 feet in the sky.

Southwest Airlines pilot gets caught on a hot mic with an anti-liberal rant:

Just interesting. Everyone has their own political opinions. This guy seems to have fringe opinions and I am not sure I want people with fringe opinions in the driver’s seat of an airplane (whether liberal or conservative…crazy is crazy). But there is no way for me to know that when I get on the plane.

Despite this pilot’s crazy political opinions he is probably a competent pilot which is all that matters (unless his extreme politics makes him want to drive his plane into all the libtards…no evidence of that whatsoever though).

Didn’t listen to the vid just above.

Is that about the same event as this 2-month ago 50-post thread, or did SWA pull another fresh hot mike stupid this week?

According to Reddit, here’s a slightly obscured version of what he said: Actual recording:

Yes…this is a repeat of the older event.

I did not know that other thread existed.

The vid I linked is very recent but I guess the event is not recent. 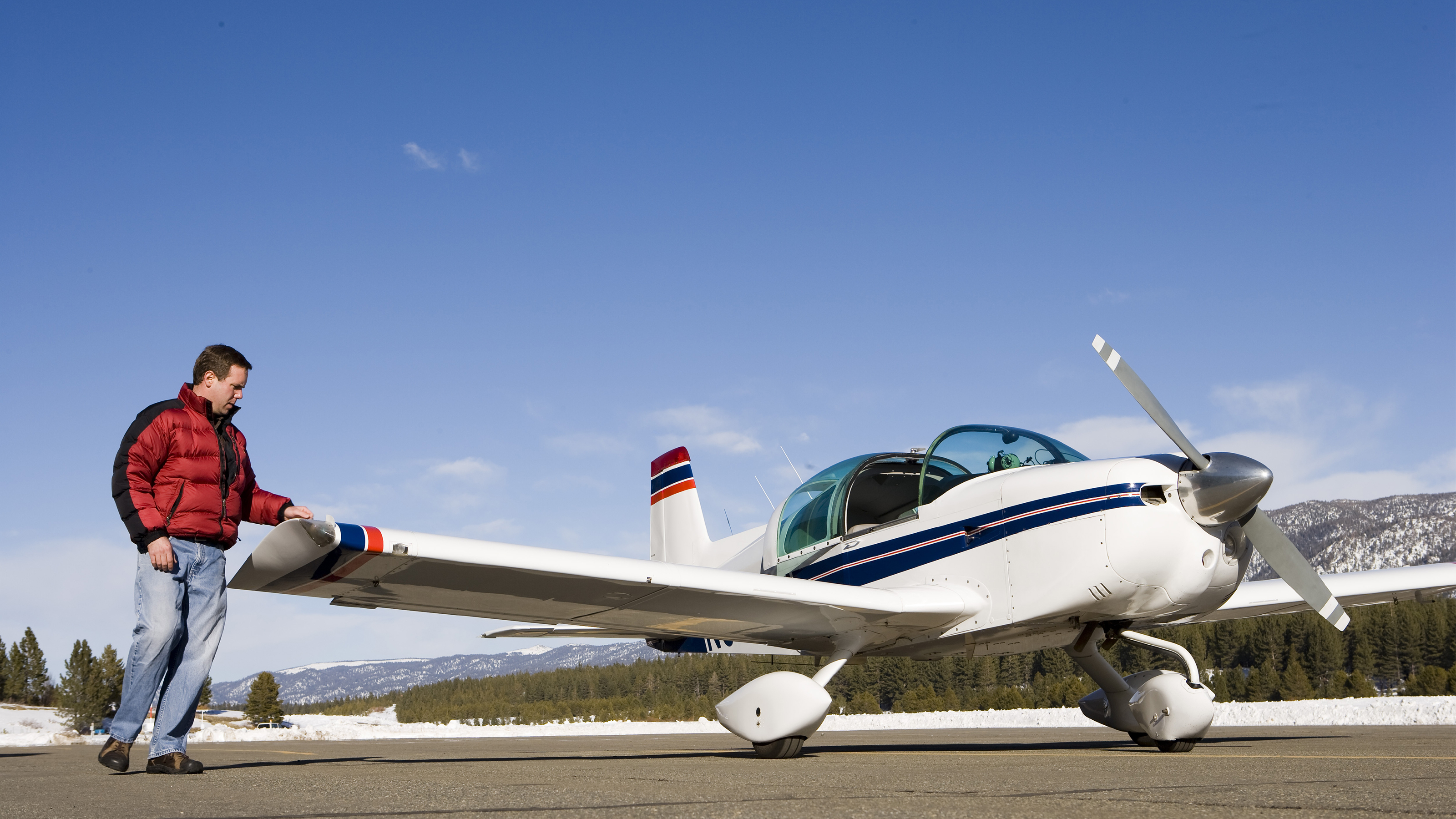 The FAA plans to issue an airworthiness directive on Grumman American-family AA-5 and AA-1 airplanes to address potential separation of upper and lower skin surfaces of horizontal stabilizers.

Sounds like a bit of an “Oh Shit!” moment for FAA. A bit like ARDOT’s problems with the I-40 bridge.

The fact there’s not really a surviving manufacturer to put their thumb on the rulemaking scale says there’s nothing holding the FAA back from making a large ask from the individual aircraft owners on a short fuze. Which is probably the safe thing to do.

Speaking of Grummans, one was forced to land at my home airport last weekend after violating a Presidential TFR centered near Wilmington, Delaware. Evidently, the pilot didn’t check for TFRs before flying through the area. A fighter (F-16 or F/A 18, depending on the source) fired flares when he didn’t respond to ATC.

This small public airport (130 tenants so, not too small) is being crushed financially by the TFRs, as Biden has been coming home on the weekends a lot. The airport must close when he is in town. It may be enough to put the FBO out of business. I heard the FBO owner was interviewed on a major network morning news show (aired today) and things are not looking good. Its certainly put a damper on my glider club activity.

Debonding has come up by AD before on light Grummans, since they use a bonded honeycomb structure. Grummans between late 1974 and 1977 had a different bonding agent (‘Purple glue’) and did suffer from some delamination, but it wasn’t considered a problem on the earlier and later models. I had a 1974 AA1-B, and I never had to deal with debonding AD’s as I was always serial #'d below the point where they changed bonding agents.

In fact, I looked up the registration of my old plane a couple of years ago, and it’s listed as having been parted out. That makes me a little sad as it was a great plane that flew like new, but I understand the economics. A lot of cheap used planes only survive until their next large expense (AD, overhaul, etc), then they get parted. Cheaper to sell the parts and use the money to buy another plane.

The price of small piston aircraft engines is out of control, which contributes to the problem. A new Lycoming O-235 has a list price of $70,000. That’s for a bog simple four banger makjng 115 HP. But that’s what you have to pay when the total market for the engine is only a couple hundred per year. So used engines have gone up faster than the airframes that hold them.

In fact, I looked up the registration of my old plane a couple of years ago, and it’s listed as having been parted out. That makes me a little sad as it was a great plane that flew like new, but I understand the economics. A lot of cheap used planes only survive until their next large expense (AD, overhaul, etc), then they get parted. Cheaper to sell the parts and use the money to buy another plane

Sad but true. Out of curiosity I looked up a few of the lightplanes I or my Dad owned that I flew enough to develop an affection for. Surprisingly they’re all still going strong. Despite two of them being wood and fabric.

Of the three PA-31-350 Navajos I flew regularly in the Grand Canyon, one is apparently dead in Alaska, my main ride was exported to South Africa a few years ago, and the other has simply disappeared. It’s old N number belongs now to a Learjet and there’s no mention of the number ever belonging to anything else.

Sadly I can’t do that for any of the real airliners, since we log our time using the company airplane ID# which isn’t related to the N number.

As part of his mini-flying school fleet, Dad had a 7KCAB 150hp Citabria. It spent a couple years in our garage when I was a tween being recovered. I first learned aerobatics in that thing.

He also had a Stearman. Which after a bunch of years flying spent a lot of years in the garage until he finally paid somebody to finish refreshing the rotting bits of wood and recovering it.

Beyond that we had the usual stable of C-150s, C-172s, an occasional Cherokee, even an Arrow until the second time somebody skinned the gear off it. And briefly a C-310. We briefly had a C-150 Aerobat, and Gah! was that a useless waste of aviation.

Well some of them were more robust than other aircraft. I know of a flight instructor who was with a student who managed to catch an arrestor cable with the mains while landing a Cessna 150 at a guard base.

I expect that was an abrupt stop.

I hope they stayed right side up.

I’m envisioning something not too different from what happens when a fixed-gear Cessna ditches or a retractable gear amphibian (e.g. Lake LA-4) makes a water landing inadvertently gear down.


One of Dad’s C-150s was taxied by a student right up behind a running 737. When the 737 goosed the power to cross a runway, the C-150 was promptly flipped onto its back.

C-150s, like DC-3s, are the indestructible cockroaches of the skies.

I expect that was an abrupt stop.

I hope they stayed right side up.

yes, they decelerated quickly. No damage to the plane. Those spring steel landing gears are tough.

That was the first plane I trained on and I liked the stall characteristics. You could hear it coming and it was a crisp break when a wing stalled. A great trainer.

I’ve only seen a couple of them EVER.

Speaking of Grummans, one was forced to land at my home airport last weekend after violating a Presidential TFR centered near Wilmington, Delaware.

I’ve always wondered…how do they “force a plane down”? You see this in movies a lot.

Certainly I can understand for Joe Pilot, who just screwed up, the threat of dire consequences (probably legal) if they refuse is inducement enough to comply. And, these days, I think the threat of being shot down if the pilot fails to comply is real enough to not take lightly.

But “forcing a plane down” goes way back. I recall the US forcing an ambassador’s plane down that they thought was carrying Edward Snowden. I can’t believe they would have shot that plane down so what if the pilot told them to go pound sand and just kept flying? He’s not worried about legal repercussions and doesn’t buy the threat of being shot down. What else is there to do to get that plane on the ground?

I can’t believe they would have shot that plane down so what if the pilot told them to go pound sand and just kept flying? He’s not worried about legal repercussions and doesn’t buy the threat of being shot down. What else is there to do to get that plane on the ground?

Planes are time-limited by fuel so at some point the laws of gravity are invoked and pilot is dealt with on the ground. If a plane appears to be a serious threat then multiple landing zones are arranged.

Why can’t the pilot keep flying to their destination? (for the sake of argument assume they have enough fuel to get there)