To the memory of Jack Lemmon.

In 1965 one of the great comedies was released: The Great Race.

Jack Lemmon as Professor Fate/Prince Hapnick
(Boooo! (sound of the crowd in the credits))

http://en.wikipedia.org/wiki/The_Great_Race
So I was checking the history of the movie when I found that it was true that it was loosely based on a real great race made in 1908:

The Competitors
This truly world class event included National Teams from France, Italy, Germany and the United States. The New York to Paris Automobile Race was to be driven across the frozen Bering Straits in the dead of winter 1908. All this at a time when horses were considered more reliable than automobiles.

New York to Paris Great Race 1908; preview of the documentary being made: 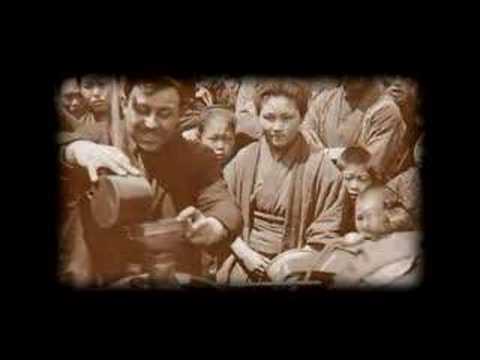 Professor Fate: I’d like to see the great Leslie try that!

It is coming professor!:

A Race combining the Future with the Past! Great Race 2008: New York to Paris will commemorate the 1908 epic, and make history in it’s own right. This Centennial event will run an around the world auto race from New York to Paris with 40 teams; 20 competing in the latest in automotive technologies and 20 teams driving classic cars. They will compete in a time and endurance competition for the right to be declared World Champion.

In about 80 days the new great race will start.

http://www.greatrace.com/
Opinions on the races and the movie are welcomed.

[In about 80 days the new great race will start.

Just enough time to go Around the World!

Man, I loved that movie. I saw it first run in the theater. I didn’t know that it was historically based, but i guess I had some sort of notion of it. Professor Fate was awesome, and his car was the shit! I love the scissors jack capability and snow melting cone of the Hannibal Twin-8.

According to Wiki, Natalie Wood (HOT-TAH!!!) as Maggie Dubois wore a different outfit every day. How did she pull that off with the limited luggage space in her car?

The 2008 race has a vintage car category. Hell, I’m not working, I should go for it, The car only has to be 25 years old. My '84 4Runner misses by one year! However, I should bust out the '64 bug. I can fix almost anything on it. Unfortunately, the car has to be “attractive”, which will take a bit of effort to pull off.

I had read that a Volkswagen Vanagon Synchro set the record for circumnavigating the planet, but I can’t google it. Has anyone heard a similar story?

Long, rough terrain races used to be fairly common. These days, everything is track based, with the closest thing remaining near the old time races being probably rally racing, but those don’t emphasise the durability factor as much.

New York to Paris? I once read a (now out-of-print) book about a race from Peking to Paris, and that race was sponsored by La Matin. At any rate, I found it fascinating. One of the teams stopped to send a telegram from someplace called Pong Hong*, and noticed that the receipt was numbered “1.” The first that day? No, the first ever. In six years.

Somewhere in the Ural Mountains, they passed a marble signpost.

No border guards in those days!

*which apparently no longer exists, because when I googled it, all I found were links about people playing ping-pong in Hong Kong.

On the documentary in progress there was a mention that 1908 was a time of innocence and wide eye belief that anything was possible.

“Do it in the middle of winter!” the organizers in 1908 said, “the Bering straight will be frozen!”

Fortunately they got the reports of the true conditions when getting close to Alaska and it was decided to transport the racers by ship to Asia.

I *so * wanted Dad to mount a cannon on the front of the familymobile, just like the Hannibal-8 had, but did he? Noooo …

The similar “Those Magnificent Men in their Flying Machines” was also based on a real event, the 1909 Reims Air Meet in France.

…then again, a lot of people have. We’re on the Lincoln Highway and Interstate 35, and most of 'em don’t even stop.

In spite of the rain and mud, many people lined the roads to watch as we passed by. Years later, P.D. Sargent wrote me saying that as a boy of 18 he lived on a farm in Ames, Iowa. His father had a two cylinder Reo, but refused to allow it to be driven in mud and snow. “So I drove a team of horses to Ames” he wrote. “We heard through the newspapers and telephone about what time you would arrive in Ames. So as not to miss seeing you, we went several hours early. I think we waited about six hours. I had been interested in motor cars for several years and had decided that the Thomas Flyer was my ideal car. When your party came into Ames, I thought you were the luckiest people in the world to be chosen for the run from New York to Paris. I was with you in spirit all the way, and would have given anything to have gone with you at that time.”

Shuster’s reminiscences are in blog form here. Being a blog, it is of course in reverse chronological order.

“Those Magnificent Men in their Flying Machines” was also based on a real event, the 1909 Reims Air Meet in France.

So did they actually go up uppity up up and down diddly down down?

I just read where the Züst team in '08 spent the night in Ames! Wöot!

According to Wiki, Natalie Wood (HOT-TAH!!!) as Maggie Dubois wore a different outfit every day. How did she pull that off with the limited luggage space in her car?

Maybe she trained her pigeons to bring them.

The Thomas Flyer is in the old Harrah’s collection in Reno, whatever they’re calling it now.