Sorry my two most recent links were apparently smooshed by the studio.

Just saw it in the theater - still processing, so I’ll be brief.

Very, very good. Very loyal to the book - more than I could have imagined it would be. Deliberately paced and ends kind of abruptly, but there’s not much it could have done about that. Incredible production design and costumes, excellent acting, and an amazing score. Not a ton of action, but what action there is is good; knife fights look like actual knife fights. There should have been more Gurney Halleck, though. He was always my favorite character.

Oh, and the ornithopters are freaking amazing.

Gist: Gorgeous, well acted, but limited by being the lesser half of the story.

I’ve read Dune and my advice for anyone would be the same as I would give them with this movie. You have to get past the opening chunk to get to core story and once you did, it will reveal itself to be an amazing and effective story. The problem is, Dune takes a lot of setup and this movie suffers in its opening hour(yes, hour) to get throug that setup. I can see many viewers growing weary early in this movie and missing out on the final 90 minutes that are really great. It should be said that the second half of this story is almost entirely gripping and amazing and I hope that part of this movie gets made.

Well cast, beautifully shot, edited to about as tight as you can while staying true to the story, Dune is a great opening to a movie.

Question: Should you wait until the second half of this story is filmed and released? I actually kind of understand if you do. This movie is only 50% of what we should have and I wish they had filmed it in one long filming block. The truth is that as I write this, they have not yet even filmed anything from the second part of Dune and we are at least two years away from seeing that half IF it gets made.

I hope this cast and director get to make not only that movie, but Dune Messiah and Children of Dune, also very wonderful books. It’s a great adaptation of the first portion of a great work. The hardest work has been done, now it is onto the best stuff in the book.

Question for you whom have seen it: it’s showing locally on an IMAX screen. Is it worth seeing on a really big screen?

Just saw it in the theater - still processing, so I’ll be brief.

Very, very good. Very loyal to the book - more than I could have imagined it would be. Deliberately paced and ends kind of abruptly, but there’s not much it could have done about that. Incredible production design and costumes, excellent acting, and an amazing score. Not a ton of action, but what action there is is good; knife fights look like actual knife fights. There should have been more Gurney Halleck, though. He was always my favorite character.

Oh, and the ornithopters are freaking amazing.

The ‘thopters’ were “freaking amazing”, but it wasn’t clear to me why they exist. Everywhere they seemed to use some sort of anti-gravity (Holtzman Suspensors) to move anything from massive spacecraft, the small spotter aircraft watching the harvester to the tiny hunter seeker that attacks Paul. Having that technology, a sort of helicopter-like aircraft that uses insanely complex mechanical design on desert planet populated by massive creatures that attack all vibrations seems very impractical.

Also knowing what I know from the books about “Holtzman shields” I feel like it felt odd seeing the occasional and casual use of beam weapons like the one that chased Gurney’s ‘thopter’ or the cutting beam the Harkonens / Sardurkar used to cut open the door (and nearly kill everyone one the other side). Like why are they not using more of those? Or why not more “smart weapons” like the ones we see that come right up to the shields and slowly move through them to destroy their target?

I suppose these are mostly technical critiques.

I have to say, I liked it but I’m not sure I loved it. It felt like a Denis Villeneuve film - big, gritty and epic. But it also kind of felt flat and empty. Not surprising since most of it takes place in an endless desert. But combined with the big, monolithic ships and cavernous brutalist architecture of the locations, I felt like the characters sometimes got lost in these massive spaces.

I also think I found it hard to get emotionally vested in what is essentially half a film, not knowing if the other half will ever get made. My fear is that, like other Villeneuve films, it will be a well received, highly acclaimed dud at the box office. Although I hear they are making a prequel series about the Bene Gesserit on HBOMax.

Would have liked to see more of Gurney and Duncan. Also demonstrating more of the Mentat’s abilities as super-intelligent “human computers” and strategic advisors. In the film, Thurfir Hawat and Piter De Vries just sort of come across basically as run of the mill assistants to their lords or just part of their entourage.

I think we should create a separate post-release thread so people who saw the movie but didn’t participate in this discussion don’t have to figure out that the (actual seen-it) movie discussion starts around post 330, so I went ahead and created one.. I suggest posting reviews/discussion of the film itself there, as it will be much easier to track for everyone.

Saw it yesterday, seemed pretty mediocre to me, not bad, not good, just there.

I liked it a lot but if I wasn’t already intimately familiar with the story I would have been confused as hell.

I saw a commercial for it and in the few shots of Paul Atreides he was speaking in a breathy voice. Does he do this through the whole movie?

BOM reports $40M domestic, higher than the 30-35M estimate. 180M foreign.
Any clue how the HBO max deal works? Flat fee, per view, something else?
I might brave the theatre to see it (I had something else going on this weekend)

Any clue how the HBO max deal works? Flat fee, per view, something else?

If you subscribe to HBOMax (note: the Ad-free plan) you can watch it for the 30 days it’s on the streaming service (though it may come back later as well).

Sorry, I meant how HBO pays for the movie.(that is, how much $ is coming in from streaming, and how much that helps to get part 2 made)

Well that’s all a mystery. Warner owns the film and HBO Max, so it’s probably just fun with accounting. 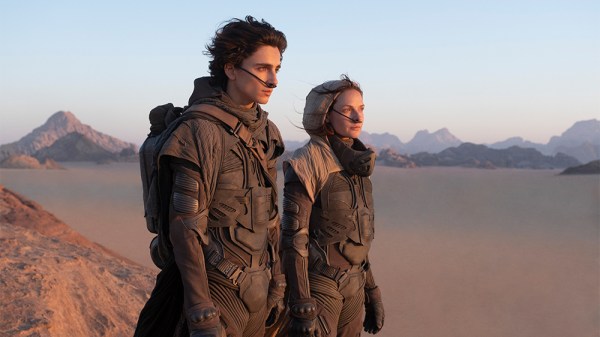 “Dune” is officially getting a sequel. Legendary Entertainment announced the news in a tweet on Tuesday, ensuring that the spice will continue to flow on screen. Warner Bros. will distr…

I saw it Sunday and was disappointed. Long on form but short on substance. When you remove all the world-building exposition, Dune has a pretty bland plot. My friend has not read the book and was confused why Shadout Mapes freaked when Jessica knew what the knife was. He didn’t know how the BG had prepped primitive cultures for mental exploitation by planting prophecies centuries earlier. He had no idea who Piter Devries was even afterwards. The movie would have been better served with fewer shots of Chani in a vision and more background.

That said, I liked how Denis V portrayed the desert. It felt hot and bleak much more so than the Lynch version. 2021 was like the desert in Better Call Saul compared to the 80’s versions’ Lawrence of Arabia. The production design was AWESOME. loved the use of faceless, visored helmets.

Dave Bautista was great for his limited time on screen. Much more character than in either the earlier film or the book for that matter, both of which treated him like the Baron did: a violent buffoon to beat the locals so much that Feyd Rautha looks like a good guy. 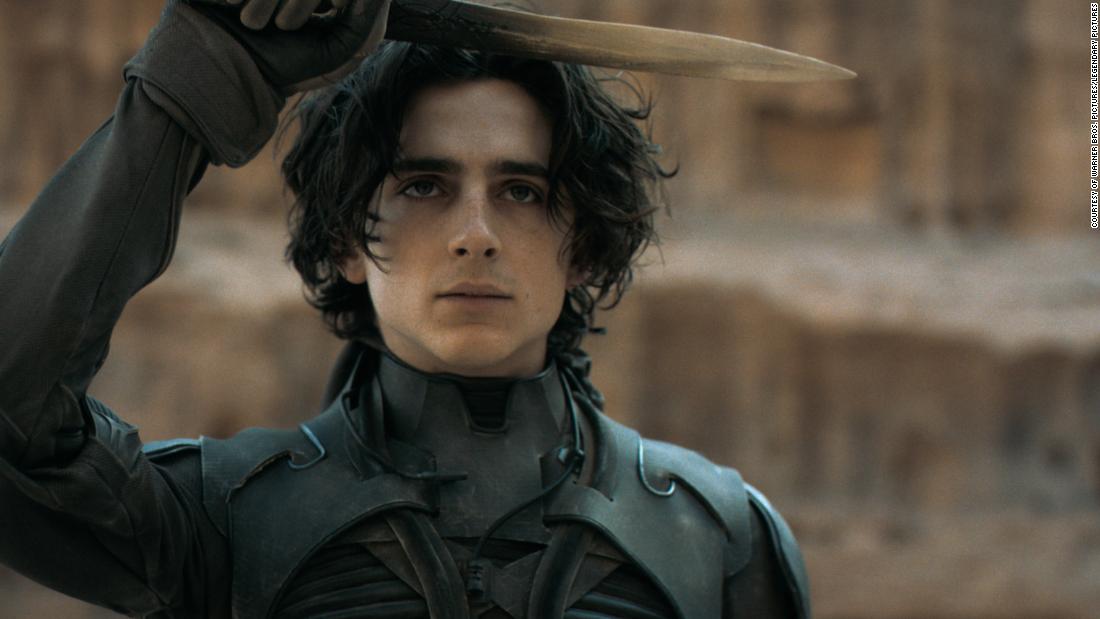 Full reaction in the spoilers thread, but at the 2 PM Saturday show there were ~12 folks in the theater. I reserved a seat online away from folks but someone took a spot next to me so I moved over.
Trailers: Scream, Eternals, AmbuLAnce, The Batman, and at least one more.

No Sting and heart plugs!

I enjoyed, but being a 2.5 hour movie based on a book a lot of detail that would helped explain the story was skipped. Having read the book (and seen the original movie Back In The Day) filled it out for me.

Trailers: Scream, Eternals, AmbuLAnce, The Batman, and at least one more.

Same, plus The Matrix Resurrections when I saw it today.

Haven’t read the replies, but I thought it was a very good movie…one of the best sci-fi movies I’ve seen in a long time. It was pretty good with respect to following the book as well. They kept in a lot of the mystic element that was missing from the old Dune movie (which, admittedly I hated), and the visuals were just great. All in all, I liked it and am anticipating the second movie in the series which presumably will take us through the rest of the first book.