Some of the Chani stuff we’ve seen in the trailers is also clearly from Paul’s prophetic and/or foreshadowing dreams.

The logical place to break the story is Paul and Jessica’s escape from the Harkonnens, flight into the desert, and first encounter with the Fremen.

Being that this is a movie, though, you need a fitting climax and a sequel hook, and there really isn’t a good one at that point in the movie. The Harkonnen raid and the fall of House Atreides is more of an Act II climax if anything. Paul’s knife fight with the Fremen warrior who challenges him at Sietch Tabr is the next real action scene after that point, and it feels a little low-stakes to be the high point of a film.

I’m thinking the climax has to be something bigger, like, say, the first battle of the jihad, so that the movie can end on a “something big is coming and I don’t know if I can stop it” realization on Paul’s part.

Everything I’ve read so far indicates that the movie doesn’t get nearly that far into the book. IIRC, the movie ends with Jessica and Paul meeting the Fremen. Don’t remember where I read this, but it was before the movie was edited completely. Chani is there because a lot of it is flash-forwards/backwards and sideways.

This article - an interview with someone who’s seen it - has some spoilers (I mean, unless you’ve read Dune), and it claims to describe where the film ends.

It ends after the knife fight with Jamis, right before the two-year time jump in the books…which would make some sense.

I found this on YouTube - not sure if it’s the actual soundtrack from the new movie: 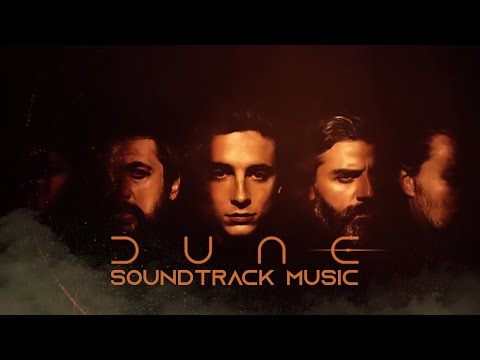 Pretty cool, and includes short profiles of the major characters:

It looks good. It may be worth sitting in a theater for two and a half hours with a mask on.

A movie that long I don’t need a mask, I need a stillsuit.

A scene from it: