Why is Colonel Ghadafy a colonel instead of a general when he is the head of his entire nation?

Because that’s the rank he held when he led the coup that overthrew the previous regime.

Can’t remember my source on that, although it might have been the National Geographic cover story on Libya last year.

Well he was a colonel when he led a coup in 1969 to overthrow King Idris. Once he became head of state did he really need to promote himself ?

Then again maybe the Libyan military doesn’t have a rank called General.

Or the desire to be perceived as having humility.

“Why is Colonel Ghadafy a colonel instead of a general when he is the head of his entire nation?”

You could also ask why was Flight Lieutenant Jerry Rawlings still a flight lieutenant after 19 years of being the Chief of State, President, and head of the government in Ghana.

Actually, it’s because he no longer has a superior officer to recommend him for promotion.

Let’s see, in both cases, Rawlings and Qadhafi, neither was interested in claiming a higher rank. Their power didn’t depend on rank and neither’s ego tended in that direction. Lack or not of superior officers etc. has no bearing on the question.

Qadhafi’s rank isn’t even mentioned in Arabic. He’s called the “Leader” or using his own term, “The Guide.”

At the time of the 1969 coup, Ghadafy was a Lieutenant Colonel – thus, the form of address being “colonel.” He later became a “full” colonel.

From the Library Of Congress Research Division, Country Handbooks section 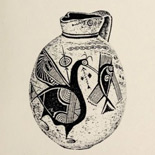 About this Collection  | Country Studies  | Digital...

Contains the electronic versions of 80 books previously published in hard copy as part of the Country Studies Series by the Federal Research Division. Intended for a general audience, books in the series present a description and analysis of the...


(sorry, does not allow to link directly to the text)

Promoted to the grade of colonel (aqid) after assuming power, Qadhafi has maintained a ceiling on the grade level of his officers corps in keeping with his desire to avoid the ostentatious public image the generals of the monarchy had conveyed. In January 1976, the Arab Socialist Union’s National Congress attempted to promote Qadhafi to major general. The Libyan leader stated that he would accept the honor as an expression of gratitude from his compatriots but would retain the title of colonel…
(Data as of 1987)

It is also mentioned in the book that after purging the brass following the coup, it was only in the 80s that a few serving officers (the CoS’s) made it to General rank again, and at the time of printing there were none.
As mentioned before, a nation’s Dictator/President/Big Kahoonah does not need to hold a rank ahead of the rest fo the officer corps, since his precedence as CinC is due to the office and/or to his personal power to inspire loyalty or fear, not to his service grade.