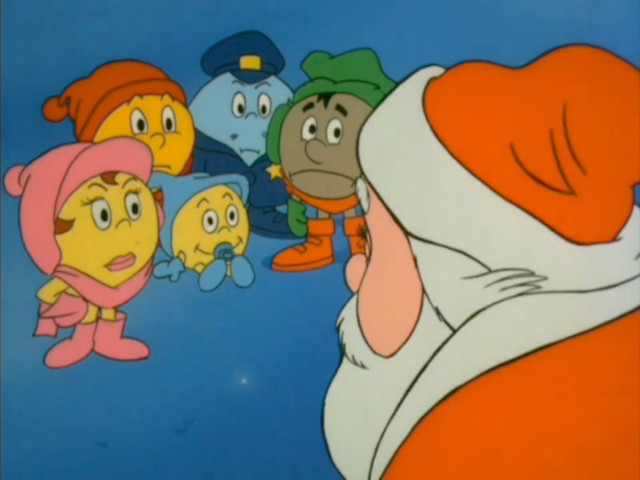 10 Worst Christmas Specials of All Time

So what are your least favorite Christmas specials? If I missed the one you hate the most, add it in the comments below!


I haven’t seen them all, but it’s hard to argue the inclusion of the ones I have seen on the list.

I’d put more Rankin-Bass ones in there. I refer to them as Rank and Base, and find their offerings got worse and worse as time went by. The only Christmas special of theirs I liked was the original Rudolph.

Aw, I liked The Year Without A Santa Claus.

But the Star Wars one is legendarily bad.

I’m glad I’m not the only one who noticed that Year Without a Santa Claus is complete garbage. The plot (such as it is) meanders around with snow in Dixie, and then suddenly some kid is singing “Blue Christmas” and Santa is back at work but there’s some new crisis going on that I still don’t understand.

But the author lost all credibility by including A Claymation Christmas, which is utterly brilliant.

Last year at my sister’s house I eagerly turned on Year Without Santa Claus singing the Heat Miser song. About halfway into it, I felt deflated as the dumb show crawled on inanely. Other than the catchy songs, that one is pretty bad.

And including the He-Man and She-Ra Christmas is like shooting fish in a barrel. Stealing Christmas had to be Skeletor’s worst plan ever.

But the author lost all credibility by including A Claymation Christmas, which is utterly brilliant.

Yea, verily. I don’t understand how one could include that—and the infamous Nestor—but leave out, say, Twas the Night Before Christmas.

The thing that’s always bugged me about that one…[spoiler]…first, I don’t know why the hell I’m spoiler-boxing this. Second, despite the fact that it’s one of those sappy, somewhat anti-intellectual [sup](and possibly) read: anti-atheist/secularist[/sup] “you need to think less with your head and more with your heart” stories, the whole premise starts falling apart under slight examination. Albert, the genius, insufferable know-it-all mouse, concludes that Santa Claus doesn’t exist, nearly ruining Christmas (by incurring Santa’s indiscriminate wrath). But keep in mind, this takes place not only in a world where Santa really exists, but he doesn’t even seem to be hiding. You can send letters to Santa at the North Pole, and they’ll actually be delivered (and possibly returned). You can telephone the North Pole, and be connected to the switchboard—at the North Pole. If you just stand outside on Christmas Eve, you’ll see Santa Flying overhead if you wait long enough. He leaves presents behind. You can see the man actually climb down your chimney and drop them off.

Santa Claus, in this world, clearly exists. It’s a matter of physical evidence, not a matter of faith—he’s as flesh and blood real as the Pope. No scientist would argue otherwise. So what kind of person would? Aside from people with organic brain disorders…only a fanatic could insist that Santa doesn’t exist.

So, in a way, the special was about cold intellectualism vs. heartfelt spirituality…and intellect won, though it didn’t realize it.[/spoiler].

Thank you, thank you…for my next act, I’ll be overanalyzing the sociological underpinnings of It’s the Easter Beagle, Charlie Brown!

Too bad we’re limited to specials that have been re-broadcast numerous times, over the years. I can think of numerous variety shows that had wretched Christmas episodes, not to mention the assorted Bob Hope, Bing Crosby and Perry Como specials that nobody’s seen in years, but which were truly painful to watch.

But if we’re sticking to stuff that gets re-aired regularly… “Year Without a Santa Claus” WAS horrible. But the Christmas specials I hate most are:

I miss those corny old holidays-with-the-celebrities specials. Kathy Lee Gifford. Andy Williams. Lawrence Welk! The mom, dad, kidskidskids, backup singers and dancing boys, with a Special Visit from Santa!!! Everyone all dressed up, brimming with good cheer, belting out Christmas carols like they’re auditioning for Broadway (or if in a rustic cabin, reverently gathered around a roaring fire crooning ‘Silent Night’.) What a load of glurge, and how come I don’t live in a mansion with a dozen photogenic relatives and have a great time at Christmas the way they do??.. Do they still have shows like that any more? Andy Williams sells his Christmas special on his Branson website, including his murdering ex-wife Claudine, so I don’t think I’m alone in nostalgia.

The funniest reference to any of those Andy Williams Christmas specials was a line in the National Lampoon: “Watch out! Mrs. Claus as got a gun!”

Of course, no one gets it any more.

In the late 70s, Andy’s ex-wife, Claudine Longet, was shot skier Spider Sabich. She claimed it an accident, but she was convicted of negligent homicide.

The funniest reference to any of those Andy Williams Christmas specials was a line in the National Lampoon: “Watch out! Mrs. Claus as got a gun!”

Of course, no one gets it any more.

In the late 70s, Andy’s ex-wife, Claudine Longet, was shot skier Spider Sabich. She claimed it an accident, but she was convicted of negligent homicide.

But she served hardly ANY jail time for her negligent homicide.

The joke at the time was, “30 days hath September, April, June and Claudine.”

Ah, and that reminds me of Chevy Chase reporting on downhill skiing at the Claudine Longet Invitiational… with skiers falling to the sound of shotgun blasts, and Chevy declaring, “Oh no, he’s just been shot by Claudine Longet”

Not to mention the Claudine Longet Invitational Ski Tournament on Saturday Night Live, where all the competitors ended up being “accidentally” shot.

I’m just relieved to see that the Star Wars Holiday Special made the list.

I thought this was going to be a link to John Scalzi’s 10 Least Successful Holiday Specials of All Time. Though honestly, none of those would be as bad as the Star Wars Holiday Special.

I’m still trying to work out why a Christmas special is named for a Christian heresy.

I’m so checking this out.

Aw, no Leprecaun’s Christmas Gold? It was an attempt by Rankin-Bass to create a St. Patrick’s Day special which got repurposed to Christmas when they couldn’t sell it. It is just as horrific as it sounds.

I’m so checking this out.