The Thing needs pants. The Thing, despite his outward appearance, is a very human character. He’s buds with Reed and has an antagonistic friendship with Johnny, he loves, he laughs, he smokes cigars and talks about Yancy Street. He may be orange and rocky and not very huggable, but he’s still a very relatable character. Humans wear pants.

The Incredible Hulk wears pants. They may be purple and stretchy, but there they are. One of the things that differentiated the Hulk from the Abomination in the 2008 movie was that the Hulk had pants. There was still something of a man in there; something relatable. The Abomination, on the other hand, gave up his humanity to destroy the Hulk and ewww, he lost his pants in the process.

In the Watchmen, as Dr. Manhattan strays further from his humanity, he wears less and less clothing until he’s nude guy.

So now the Thing has no pants and no visible genitalia, and now people are going to be zeroed in on his crotch every time he’s shown in the movie. It’s now a focus pint. People who aren’t Brody in Mallrats who don’t obsessively think or talk about the Thing’s thing will also now be drawn to it. There might as well be arrows and exclamation points all around the Thing when he’s on screen now.

I can’t help but think of Tobias as “The Thing”.

One of the funniest moments in the whole show.

I totally agree with you… Although this might explain why Ben was always going to such lengths to get changed back.

No pants makes it easier for him to get his rocks off.

No pants makes it easier for him to get his rocks off.

Golf clap. I can’t believe my inner Beavis didn’t come up with that.

to the OP: yep. The rocky definition of TMI.

Golf clap. I can’t believe my inner Beavis didn’t come up with that.

It’s from the Arrested Development clip I posted, not an original joke.

I swear I didn’t even watch that video, but it IS an obvious joke.

So now the Thing has no pants and no visible genitalia, and now people are going to be zeroed in on his crotch every time he’s shown in the movie. It’s now a focus pint.

I think this is only an issue to comic fans because we’re not used to it.

I dunno, a guy made of minerals lacking genitals? I wasn’t expecting a mannish zinc omission.

In the original comics, the Thing was always orange and blocky, but was there ever a mention of his actual texture? I don’t recall anyone in the comics saying he’s like a walking rock pile.

He didn’t start out really rocky, just an orange tough hide. It got rockier through the years and even became more rocky at one point before reverting back to the more familiar look.

And he could control it at one point:

I think it’s just an homage to the last page of Fantastic Four #1.

Contains a moderately embedded video about the rest of the Fantastic Four talking about the Thing. 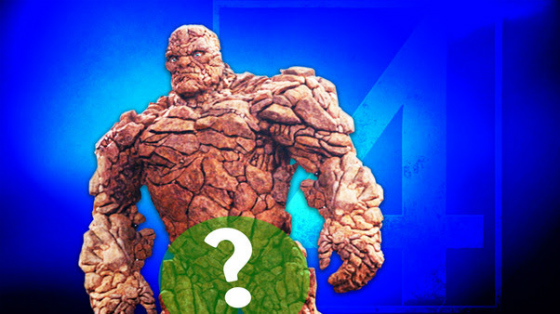 The Only Conversation About Ben Grimm's Schlong We'll Ever Need to Have |...

The Thing is naked in the new Fantastic 4 movie. And by all appearances he has no...thing.