So, one year ago tomorrow, I got married. Middle of the pandemic meant a remote ceremony, with only my mom in attendance, with the county clerk and my wife’s parents on Zoom. We decided that we’d have a ceremony/wedding party one year later, on our first anniversary, which would be well after the pandemic, right?

Last night, my mom (who lives with my wife and me) had dinner with her brother’s family, and her sister who had flown in from out of town for the wedding. Her brother’s job requires a lot of public interaction, so he gets tested regularly, even when he doesn’t have symptoms.

This morning, his most recent test came back positive.

So, day before the wedding, we’re cancelling everything. I’ve spent the morning calling up all my friends and family and telling them the ceremony’s off. Several of them flew in from out of state for this. Some good friends I haven’t seen in going on two years because of this disease are just going to get on a plane and go back home, and it’s going to be another year or so until I can try again. My wife’s parents, who live on the east coast, are in a hotel literally across the street from us. We might do one distanced, outdoor dinner with them before they fly back on Saturday.

Luckily, we’re not out a ton of money. We were hosting it in our backyard, so we don’t have a venue to pay for. We’re out the deposit to the caterer, and the cost of the cakes we bought, but that’s about it. Also, we bought a ton of booze, which isn’t “lost money” at this point, so much as, “Plan B for what we’re doing this weekend.”

Valheim (PC game)
Does anyone here know anyone personally who has been diagnosed, or has been yourself?
What_Exit September 16, 2021, 3:50pm #2

That’s terrible news, but very fortunate he got his positive test so quickly after being with your mom. Hopefully she didn’t catch it, but if she did, I think it would take a few days before she was contagious. I think you and your wife should probably be okay. If your mom is able to self-isolate, it might be good to have her stay in a hotel for a few days to see if she caught it or not. If some of the guests have reservations they can’t cancel, having her use their reservations might be an option.

I hate how much this disease has taken away from us all. At least you learned about the exposure before the wedding and not after. I hope it all works out for a re-do soon.

If it helps, PM me your location and if you’re within a few hour drive of me, I’ll come out and help you get rid of your excess booze this weekend. I’m vaxxed and symptom-free. I’ll even bring a tent to crash in your backyard so I don’t impose.

Congrats on your one year Anniversary!

You missed your chance to have a super-spreader event. What kind of person are you?

To paraphrase Homer Simpson, “The cause of, and the solution to all of life’s problems.”

Of course, but also chemically true.* At least those alcohols we drink.

Oh, I see what you did now.

At least it wasn’t the bride calling off the whole marriage thing (which is what I thought when seeing the headline.)

Op, do the poor beset Bride and Groom know that you’re having a good old time on their dime? Just how do you intend to pay them back…? I think you owe them an apology. /s

@Miller did you get to use the phrase, “THE WEDDING’S OFF!”?

You’re probably pretty bummed out. I can imagine someone at work asking if you were ok, and you replying with the phrase.

My best bud got married a year ago in Conneticut and wanted me to be the best man.I’m in Chicago-ish. I was really looking forward to it, then came covid. I missed it. I said surely we’ll do a one year anniversary get together. Now, that ain’t looking likely either.
By the way, congratulations on the marriage, Miller!

What happens to the cakes? And what flavor are they?

Op, do the poor beset Bride and Groom know that you’re having a good old time on their dime? Just how do you intend to pay them back…? I think you owe them an apology.

Is this supposed to be a joke and I’m not getting it? If so, you got me.

That really really sucks. I often want to scream into the void and how unfair this all is. We could have been living normally now, and a mix of idiots and selfish assholes is keeping us from it. And my canceled plans are much more trivial than a wedding with far-off friends and family, so my frustration pales compared to yours. All my best, Miller.

Just wanted to add my condolences Miller, and at least glad it isn’t part of the (unfortunately common) news blurbs currently abounding about people who were about to have a wedding but one or more persons are in ICU or dead due to refusing to vaccinate. And that you were willing to sacrifice some of your happiness to prevent a further spread.

In a desperate attempt to distract everyone from our justified anger at the last year + of stupid bleeeeep that has been happening, perhaps the best (comic) missed wedding excuse of all time? 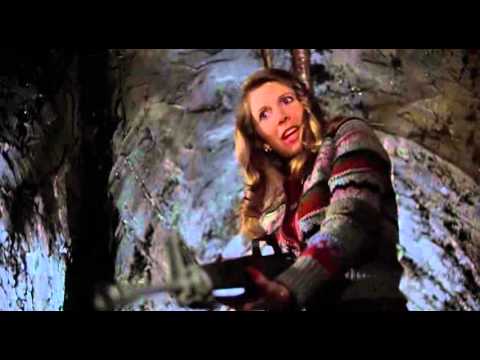 ( Highlight my Entire post. Even the 2-3 spaces after the period. Have a nice day! )

Op, do the poor beset Bride and Groom know that you’re having a good old time on their dime? Just how do you intend to pay them back…? I think you owe them an apology. /s