Recently I started a thread that asked if other languages have non-derogatory words like Shiksha and Gentiles that Jews used.

@puzzlegal points out that Shiksa is derogatory

Assuming Jewish word like Gentile is not derogatory; are there other cultures/language with such word/s? Factual Questions

Shiksa is derogatory. Gentile isn’t, though.

Then I ask her to moderate a post where this derogatory word is used against a woman of Indian origin :

I don’t have a timeframe. My shikseh and I were watching Judy on YouTube and found that performance. ETA It hit close to home as my shikseh, while a Christian, is a first generation Indian American. She speaks Hindi, loves Bollywood films, and lived in India for over a decade.

And her reply is that she wont : 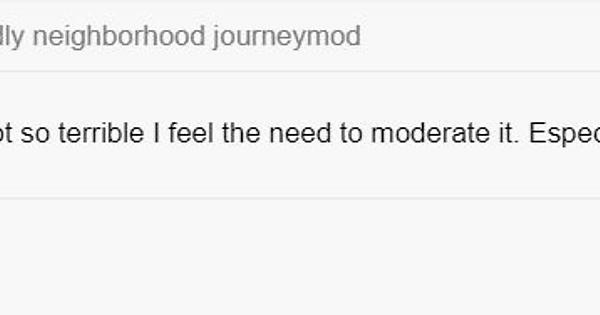 Love the board, and the people, and admire the progress made towards fighting Sexism. Hope the same good fight will be extended to fighting racism.

Feel free to circle the wagon though because it is not you “they are coming for”. Its just some poor Indians.

That post definitely should have been moderated. It’s offensive.

I’m not inclined to moderate a person talking affectionately about his spouse. But it’s not too late to change my mind. (or the opinions of other relevant mods.)

Offensive to who? I’m not Jewish and certainly not an expert, but I’ve seen Jewish humourists use “shikseh” in the relatively innocuous sense of, say, a Jewish mother disapproving of her son’s shikseh wife. I think we’re going overboard here on the concept of what is supposed to be “offensive”. AFAIK, the word is used in a mildly disapproving sense by conservative Jews about a girl who is not Jewish. Big deal. It’s also acquired comedic value, which I’m pretty sure is the light-hearted sense in which it was being used in the above-cited example.

Love the board, and the people, and admire the progress made towards fighting Sexism. Hope the same good fight will be extended to fighting racism.

“racism” doesn’t consist of using a derogatory word against someone of a different race. In this context, “racism” consists of using a race-based derogatory word. “Shikseh” appears to be religion-based, not race-based. And it’s being used to describe a member of the dominant religion; and it’s being used in an affectionate way. The fact that she’s Indian-American is completely irrelevant to his usage, AFAICT, and was only relevant because he was describing an anti-Indian racist routine by Judy Tenuta.

My way of analogy, if a Mexican board member said something like, “My gringo husband is Jewish and is completely over Kanye West,” that wouldn’t be antisemitic, even though Gringo is a derogatory term and it’s used to describe a Jewish person.

Edit: wait, do you think that Indian Americans can’t be Jewish?

Offensive to me - as a person of Indian origin.

I think we’re going overboard here on the concept of what is supposed to be “offensive”. AFAIK, the word is used in a mildly disapproving sense by conservative Jews about a girl who is not Jewish

Again - this is how racism works. Its always some innocuous terms some older people use for people of not their race.

Do you want white people to use terms on this message board - terms which are used by conservative older White folks that refer to Blacks or Jews ?

Do you want words a Arab mother used to refer to her son’s non Arab wife ?

Just because it is comedy does not mean it is not Offensive !! Plenty of very humorous - very racist comedy around on the internet.

I hope the SDMB will not choose Racism over Humor.

Technically, we are not married. But, I don’t ever see her leaving my life. To address the OP, shiksah can be derogatory. For a long time it and the male equivalent sheygetz were terms of derision and hatred. These days, when interfaith marriage is more common and less frowned upon they’re not so bad.

Looking at posts made since I started typing- Shikseh is purely a religion based term. My yiddishe mameh wouldn’t care if I brought home a woman who was blue. So long as she was Jewish.

I am Jewish and it’s a derogatory word and shouldn’t be used. It’s not equivalent to gringo. The fact that the girlfriend has Indian heritage isn’t relevant because the word isn’t bigoted against Indian people.

Offensive to me - as a person of Indian origin.

I am Jewish and it’s a derogatory word and shouldn’t be used. It’s not equivalent to gringo.

For a long time it and the male equivalent sheygetz were terms of derision and hatred. These days, when interfaith marriage is more common and less frowned upon they’re not so bad.

I’m wondering if there’s a movement in these terms in different cultures, with “Shikseh” being really offensive in some and much less offensive in others?

Just to be clear - you are saying that my ethnic origins is deciding whether the word is offensive or not ? Are you failing to see what other posters like @hajario is saying ?

I was told in the 70s that by my rabbi that shikseh is a slur.

Are you failing to see what other posters like @hajario is saying ?

I see exactly what he’s saying:

I was told in the 70s that by my rabbi that shikseh is a slur.

Again, is it possible that the connotations have evolved? I’m genuinely unsure, but @DocCathode seems to be suggesting they have.

I’m a non-Jewish woman i.e. shikseh (sp?) and it doesn’t offend me, but I’m only one person.

I found the affectionate tone of the post sweet and funny. If the ethnicity of the woman in the post had not been mentioned would the term be offensive?

I’m gonna quote a bit from the end of that article:

Nuance, though, constantly shifts. Over the last cultural generation or two the shiksa became commonplace — somewhere between Portnoy’s Complaint and The CounterlifeRoth stopped italicizing the word — and at the same time lost most of its frisson. The shiksa, in other words, went mainstream.

On TV, shiksas are everywhere. 3rd Rock from the Sun gives us “blonde shiksa goddesses” who emasculate (alien) men. Howard, from The Big Bang Theory, explains: “A shiksagoddess isn’t an actual goddess. And we don’t pray to them. We prey on them.” *The O.C.*more or less revolves around shiksas, Murphy Brown (Candice Bergen) is called a shiksa, and The Nanny says things like “Jewish guilt doesn’t work on shiksas.” The gentile Dr. House, after mistreating a tall blonde woman (Candice Bergen, again) who turns out to be his Jewish girlfriend’s mom, asks: “You couldn’t have mentioned she’s a shiksa?”Seinfeld famously explored Elaine’s “shiksa appeal.” Charlotte of Sex and the City, in a surprisingly hardy plot line, dates and eventually marries Harry Goldblatt, who calls her his “shiksa goddess.”

What’s noteworthy here, aside from the fact that Candice Bergen is apparently the archetypal shiksa, is that what was arguably the shiksa’s essence, namely prohibition, is gone. The shiksa who fascinated and tormented Alexander Portnoy, who tempted you and horrified your mother, has been psychologically deflated to the point of a simulacrum.
…
The point of all this is that the pejorative of shiksa has been hollowed out: “shiksa” today is used as often as not in winking self-reference. Drew Barrymore, wife of Will Kopelman, recently called herself a shiksa on national television. “The Shiksa” is a popular cooking blog authored by a convert. Shiksa , by Christine Benvenuto, is a book about the difficulties of intermarried and converted wives and girlfriends. Boy Vey! : The Shiksa’s Guide to Dating Jewish Men is exactly what you fear it is.

I can see why @puzzlegal was reluctant to moderate a post where the poster was using an affectionate, private term of endearment in describing his beloved. I would have felt the same reluctance.

However, private terms of endearment should perhaps stay just that: Private. If a term is still accepted by some to be offensive, then it’s not a reasonable excuse to force others to view it as acceptable just because used as an endearment on a public message board.

I do think the offensiveness of the term has lessened from years ago.

A gentle mod note asking the author to refrain from using derogatory terms on the Board, even if obviously used in a loving way, might have been a better way to go.

A gentle mod note asking the author to refrain from using derogatory terms on the Board, even if obviously used in a loving way, might have been a better way to go.

Yes. This would have been perfect.

I’m gonna quote a bit from the end of that article:

So lets see what we have so far :

Let me remind you @Left_Hand_of_Dorkness that anti-semitic words were very popular too at one time and so was what Whoopi Goldberg calls negrobilia. No amount of quotes from magazines is going to normalize a word that from this thread itself you see has racist connotations.

I’m a big believer in Gandhi and I wish you all well. Jewish people have a lot to be proud of, and they have my respect. The use of the word “Shiksha” however is racist and I do not want my daughter to grow up in a world where it is “normalized”.

My protest ends with this thread. Wishing you all the courage to do the right thing.