Things you should NOT leave behind while comitting a crime

Alex St. Fleur told the Daily News of New York that he was walking down the street when he saw the SUV jump the sidewalk and slam into the teenager. He and his son ran over and they saw the arm lying on the ground next to a shoebox.

“**Everyone was yelling ‘Come back! Your arm! **You’re going to bleed out!’” St. Fleur told the newspaper

I’ve seen a lot of strange things attempt to get on a city bus. Thank Og I have never seen a guy minus his freshly severed arm attempt to do so - think the bus driver suspected foul play was at work? Just maybe?

“Dude, I don’t care if you got exact change, you ain’t gettin’ on dis bus spurting blood like that!”

The teen hopped up and staggered away, his sleeve flapping. The arm and the gun were discovered at the scene, officials said.

Well, he certainly disarmed the gunman.

One day, many years ago, I came home to find that my apartment had been burglarized.

Place had been ransacked, and my VCR was missing, as was my TV remote (which the burglar apparently thought went with the VCR), as well as a few other minor items. I called the cops and reported it; the cops showed up and took a statement.

While they were there, I noticed a textbook on auto repair sitting in my chair. It was not mine. I said so. Cops picked it up, looked at it. One of them recognized it as belonging to the local high school… and had the name of its current user written in it; they issued each book by number to a specific student.

They called the school and busted the kid the following day. He hadn’t had room for my VCR and the textbook in his backpack, so he’d left the book there.

I live five blocks from where this happened - gd bless the Daily News, they never disappoint with their professional reporting: 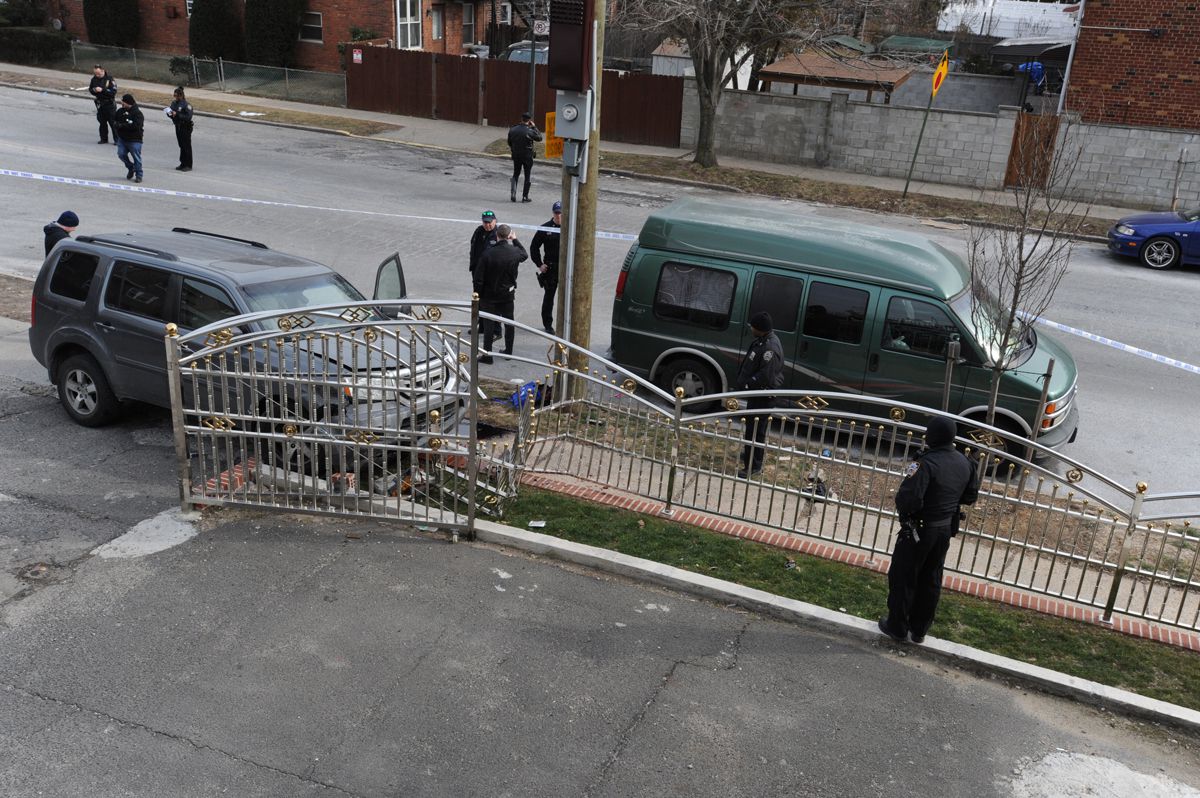 A crook who tried to rob a motorist during a sneaker sale scam in Brooklyn was struck by his fleeing victim and was slammed against a fence.

Some highlights:
“He’s a little less armed and a lot less dangerous”
“Amazingly, the teen jumps up after being hit, struggles with Pierre and other witnesses, and runs off with his sleeve flapping.”
"“Everyone was yelling ‘Come back! Your arm! "
“But the now one-armed bandit trudged on. He managed to hobble onto a B103 bus idling nearby, sending stunned riders into a panic.”
““Everyone (on the bus) was screaming because he didn’t have an arm,” St. Fleur said.”

The best thing I saw on television was when they interviewed a neighbor who offered just one word - Karma.

Any reports of giant ants in the area…?

This is true, although I am reluctant to even admit it.

Many years ago, I stole a 1/2 pint of rum. I needed some mixer so I went to the counter with said rum hidden in my back pocket and purchased a 12 ounce bottle of Coca-Cola.

Clerk was not fooled at all.
Paid for the Coke with a credit card.
:smack:
Yeah they found me, but were very kind not to lock me up.

How was the robber supposed to get bus fare out of his pocket?

If you’re Spiderman, you should not leave webbing behind; dead giveaway.

There may be hope for these boards yet!.. Nah, just a fluke…

I don’t know it. Went over my head at the speed of sound.

Years back, there was some sort of crime committed in San Francisco. The perp left their keys behind at the scene. No ordinary keys, though. There was an electronic key for a nearby apartment building,so it was easy for the office to tell the police what apartment it was from and who it was issued to. Oops!

There may be hope for these boards yet!.. Nah, just a fluke…

It’s not surprising – PBS just ran an episode about the Leopold and Loeb case last week, and in prime time, no less.

When I saw the thread title, I thought that’s what must have prompted it. But I guess Stupid Criminals are forever.

Headless Body in Topless Bar, man. I have the News and the Post bookmarked just to grab such examples of high quality writing.

It’s not surprising – PBS just ran an episode about the Leopold and Loeb case last week, and in prime time, no less.
…

Yeah, I knew it was too good to be true. :smack:

Don’t sweat it, man! 90 years from now only a handful of folks will remember “The Bloody Glove” from our “Crime of the Century”.