Tiny, unimportant things that folks get all bothered about

Likewise, when people say the name of my state like “Ory-GONE.” It hasn’t GONE anywhere, it’s right here and it’s pronounced “OR-uh-gun.” The middle syllable is barely there too, it’s almost like “OHR-gun” when we say it. And the river that runs up through half the western side of the state isn’t the “WILL-uh-mette” either, it’s “Will-AM-ette” and don’t you forget it!

Multi-generation Oregon native on my mother’s side. I agree with you that it’s irritating when people don’t even seem to be TRYING to get anywhere near correct.

Especially on tv shows–jeez, get a dialogue coach or do five seconds of research or something. Like stop some person on the street and ask, this would be so hard?

Like stop some person on the street and ask, this would be so hard?

The issue is that most producers and directors aren’t trying particularly hard for verisimilitude, and that includes local pronunciation.

I suspect that “a TV show set in my city, that isn’t actually shot there” is up there with “a movie that’s about my industry or hobby,” in that it’s something that you know more about than both (a) the average person, and (b) the production staff, and so, those little inconsistencies and mistakes are grating and take you out of the show/movie.

The most egregious example was on one of those reality shows about floating homes, they were moving one from where it was built, in NW Portland and moving it out by Sauvie Island so the entire half hour was all about Oregon, Portland and the Willamette river but the only thing they pronounced correctly was Portland. Multiple instances of mispronunciation of the state and the river during the show, it was so annoying! AND they had NO excuse, they had to film the entire show right here in town and it was all about this town, this river, in this state. Get it right, people!

And yeah, the allegedly set here but not thing was especially grating in Stumptown, when they had a motel allegedly in Aloha (pronounced ah-LOW-ah around here but mispronounced in show of course) and there were PALM TREES all over the place. Like wut?

I can eat chovy pizza, but with that, the smell is so strong that if you order it, the whole table is eating chovy too. So, you don;t order that is a group setting.

Lots of pizza toppings have fans and detractors- my spouse loves black olives, and for me too many ruin the pizza (but a few along with other toppings is tasty) and so forth.

Geez I go away and there are 26 replies, most are very good, but please don’t get offended if I don’t reply to each and every.

Of course there is. The City.

Okay, that made me laugh, and yes, I hate that. Because SF is not very big and not all that important. Maybe the 2nd most important city … in CA.

“The City” is obviously London.

i kinda flip out over toast that is not toasty enough- it must not get mushy when buttered, NO must stay toasty.

I like slightly overdone sourdough toast myself, with admittedly too much butter. But that is a personal taste thing- do you look at other diners underdone toast and criticize it?

I prefer no beans in chili, but they do make chili more healthful. What annoys me are those that say chili with beans is not chili.

I must be some sort of pizza whore because I’ll take almost any of them. Chicago style deep dish, New York thin crust, California, Detroit, or Sicily don’t matter because it’s all delicious. And while I don’t care for pineapple on my pizza, I’m not offended by it either.

Using or not using the word “the” before a highway number.

YES!! (And Norcal dudes often use "the’ but not emphasized like in SoCal)

“The City” is obviously London.

If you live in the outer boroughs, “The City” is Manhattan.

There is only one “The City” - Byzantium/Constantinople/Istanbul!

I bow to your local expertise.

There is only one “The City” - Byzantium/Constantinople/Istanbul! 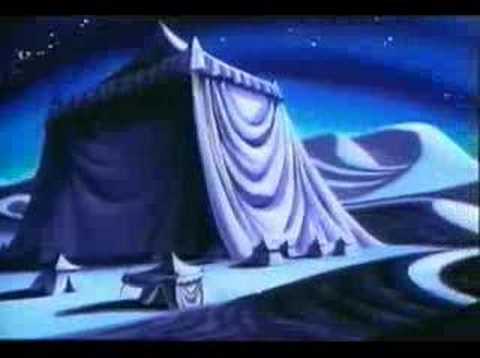 “Should you be able to use your phone during the previews of a movie?”

Because obviously yes, those are literally just ads it doesn’t matter just as long as you shut it off before the actual movie.

I just went to see a movie at Alamo Drafthouse last week. They take the no phones at the movies thing very seriously. They didn’t play the message about kicking people out if they use a phone during the movie until the actual movie was about to start. So according to the experts, yes, it’s ok to use your phone during the previews.

I suspect that “a TV show set in my city, that isn’t actually shot there” is up there with “a movie that’s about my industry or hobby,” in that it’s something that you know more about than both (a) the average person, and (b) the production staff, and so, those little inconsistencies and mistakes are grating and take you out of the show/movie.

This. One of the Selena movies has a scene that takes place in a large parking lot near an intersection, at the corner of Carancahua and Lipan in Corpus Christi, with the street sign clearly shown. I know that intersection well, (and as I type this reply I’m sitting only a few hundred feet from the very spot) and it looks nothing like that in real life. In real life that’s the site of the Corpus Christi cathedral, with some tiny parking lots on the other corners, not a huge parking area as shown in the movie.

Toilet seat up or down?

And Buenos Aires of course…

I remember a mystery where the cops found the male fugitive when they saw the lid up in a house that was supposed to be all female. However, the family also had a large dog, so a quick-thinker and good liar would say “Yeah, my damn dog likes to drink from the toilet”.

People that get themselves whipped into a frenzy over what is or isn’t canon in a fictional universe.

One or two spaces at the end of sentences. Does it really matter?

Only when it is your job to do it to one standard or the other.

Sure but whoever set the standard is often getting obsessed over a minor thing.

Toilet seat up or down?

Seat and lid down when not being used. That way, all users have to go to the same effort to configure for their needs and the plumbing is safe from things being dropped into it.

If you know that XKCD where there’s the guy on the computer and his wife is saying, “Honey, come to bed,” and he says, “But somebody’s wrong on the internet”…

What do you want me to do? LEAVE? Then they'll keep being wrong!

Seat and lid down when not being used. That way, all users have to go to the same effort to configure for their needs and the plumbing is safe from things being dropped into it.

That was the rule in our house when I was growing up. Mom and Sis wanted the lid up, Dad and I wanted the seat and lid up; closing both and configuring for our needs when necessary solved the problem for everybody.

Of course, that didn’t stop our new kitten from running into the bathroom one day when I was (ahem) using the toilet, and jumping onto what she thought was the lid. Sploosh! Poor thing was covered in water and urine, and panicking. I fished her out, and she got her first bath immediately afterwards.