Trump Claims to be Taking Hydroxychloroquine 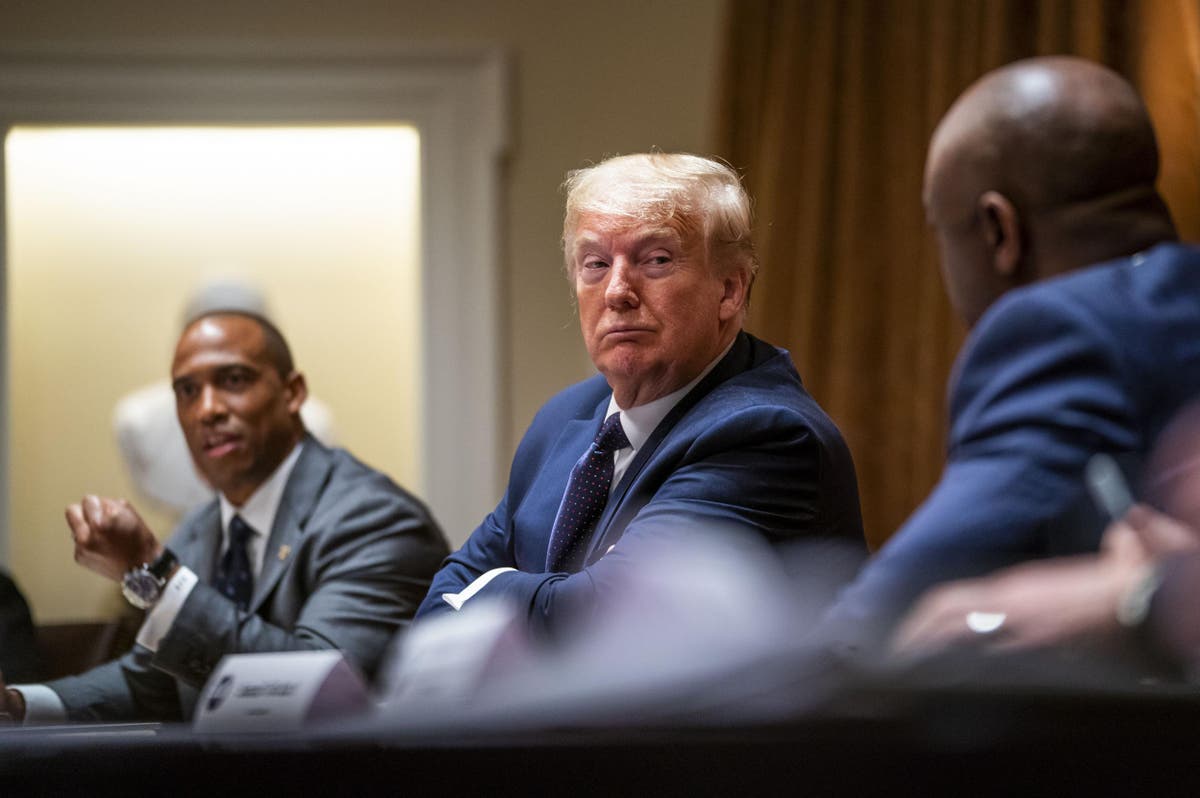 Trump says he's been taking hydroxychloroquine for a 'few weeks'

FDA has warned of serious side effects, has not certified drug as treatment for Covid-19 outside hospitals

Donald Trump revealed Monday he is taking hydroxychloroquine, a malaria drug he has pushed for weeks as a treatment for coronavirus – even though he has tested negative and federal health agencies have warned of serious negative side effects

The president said he has taken only an initial dose. “It seems to have an impact,” he said. “Maybe it does, maybe it doesn’t. … You’re not going to get sick and die.”

Mr Trump said he has taken the drug for “about a week and a half now,” adding: “I take a pill everyday” and has had “zero symptoms.”

Trump said he has only ‘taken an initial dose’ but then that he has been taking it for ‘about a week and a half’.

Could Trump be lying (not for any political reason but because he has a narcissistic need to be at the center of everything)?

Could Trump be lying (not for any political reason but because he has a narcissistic need to be at the center of everything)?

Since I can’t see this not devolving into further criticism of Trump, let’s move this to IMHO.

Trump said he has only ‘taken an initial dose’ but then that he has been taking it for ‘about a week and a half’.

I can’t find the complete transcript, but from other articles I think he said he took an initial dose of azithromycin, and is taking daily doses of hydroxychloroquine. The timing seems to coincide with his valet testing positive.

…Could Trump be lying (not for any political reason but because he has a narcissistic need to be at the center of everything)?

My guess is that he’s lying, not for a political reason, but for a financial one. He or someone in his family owns a chunk of the company (I’m betting) and when his followers all flock to beg their doctors for it and/or the stock goes up, he’ll make a bundle. He wants to make as much $$ as he can while he’s still in office.

Considering his doctor (current? previous?) gave him, not just a clean bill of health, but the cleanest bill of health of all the presidents ever, I can’t imagine it’s much of a stretch for him to get a doctor to write him a script for whatever he wants.
And, let’s keep in mind, it’s also entirely possible he’s not taking it but is just lying about taking it.

Having said that, I assume he’s taking it so if never catches covid19, he can claim that’s why he never got it. What’s his plan if he does test positive (especially if he gets stick enough)? Did he not think that far out or does he have some excuse ready to go about why it didn’t work for him?

He may very well just be lying. But whether he’s lying or not, I think he wants to “get in the last word” on HCQ. He told everyone it was a game changer, and now he has to be right by taking it and presumably not catching the virus and not exhibiting any side effects of the medication. Then he’s proven right! Blech.

Never mind that either he’s probably not even taking it or taking a low dose that would produce fewer side effects. Plus he’s got access to way better health care than most of the country so if he did have a problem he’d have all kinds of personalized resuscitative care with a whole ICU team just for him.

His Dr is giving him tic-tacs.

Traitor Trump (R - Impeached) should be getting Lysol injections and UV enemas. Just in case.

Oh FFS, the Random-Word-Generator-In-Chief is just generating random words as he always does. I’m not sure he even has the mental capacity for guile & hence lies. He just jabbers.

This is a guy who drew a storm path over Alabama with a sharpie when NOAA contradicted him.

This is a guy who drew a storm path over Alabama with a sharpie when NOAA contradicted him.

this.
he didn’t even have some flunky on his staff clean it up he just left the original ink on there.
I think there is a very good chance he is lying. What has he got to lose?
This is the same man who tells people to wear masks “if it feels right for you” but who doesn’t wear one in public or around other people and who is essentially cheering on those Americans who refuse to wear masks in the middle of a pandemic.
Also there is something in that tic tac comment …

I’m rooting for the side-effects.

Oh FFS, the Random-Word-Generator-In-Chief is just generating random words as he always does. I’m not sure he even has the mental capacity for guile & hence lies. He just jabbers.

Yeah, he’s not even a good bullshitter; that would take more talent that he has demonstrated in any part of his career of hawking frozen steaks, offering shitty real estate investment advice, and running waterfront casinos into bankruptcy. He lies the same way that a three-year-old deceives, so obviously and transparently that he isn’t even shamed when caught in the lie. Maybe he is taking “the hydroxy”, or maybe he is taking Tic-Tacs, or maybe he is just lying because that is what some random firing of a synapse caused him to do in the moment; who knows and more importantly, who cares? In paying Trump any attention whatsoever the professional media is just given voice and some measure of credence to his spastic nonsense, which CNN pundits will no doubt feast upon for the next few days until he tweets out some insult about Amal Clooney or mistypes hamburger as “harmbinger” and people trying to figure out if he is the end of the world or just he’s just hungry.

“That guy’s brain is a bag of cats; you can smell the crazy on him from a mile away.” — Dr. Bruce Banner

It’s an old drug with an expired patent. I find it hard to imagine anyone is going to make a killing from it.

I feel the likeliest explanation is that Trump can never admit he was wrong. He said Hydroxychloroquine is the cure for Covid 19 and now he will never back down from that. This is just another Sharpie moment for him.

As to whether he’s actually taking it, he probably isn’t.

Is this a tacit admission that he has tested positive for Covid-19? As far as I recall, those shilling for hydroxychloroquine touted it as a treatment for the condition, not as a prophylactic against contracting it. If so, if Trump is taking it, it follows that either (a) he had Covid-19, or (b) he is as big an idiot as his worst detractors say he is.

I feel the likeliest explanation is that Trump can never admit he was wrong. He said Hydroxychloroquine

The fact that he pronounced it correctly and each time he says it, he pauses for a second and makes sure to enunciate the word is what bugs me. He doesn’t typically make it through any type type of speaking engagement without tripping over a few words. How, or rather why, is he getting this one right every time?

And, I’m not looking for counterexamples, I’m sure he’s tripped over this word, but he seems to get it right most of the time.

Maybe it’s not that he’s being paid by a drug company to push their meds, but rather he latched onto his one in hopes that if it does turn out to be the miracle cure, he can ride that into the next election, claiming that he came up with the cure and he promoted it even when everyone told him he was wrong.